Check out Mickey’s Mandos at Wondercon 2016, photographed over the weekend by York In A Box.

Helmet nod to Dino Ignacio and mickeysmandos.com [website no longer active] for who’s who help. 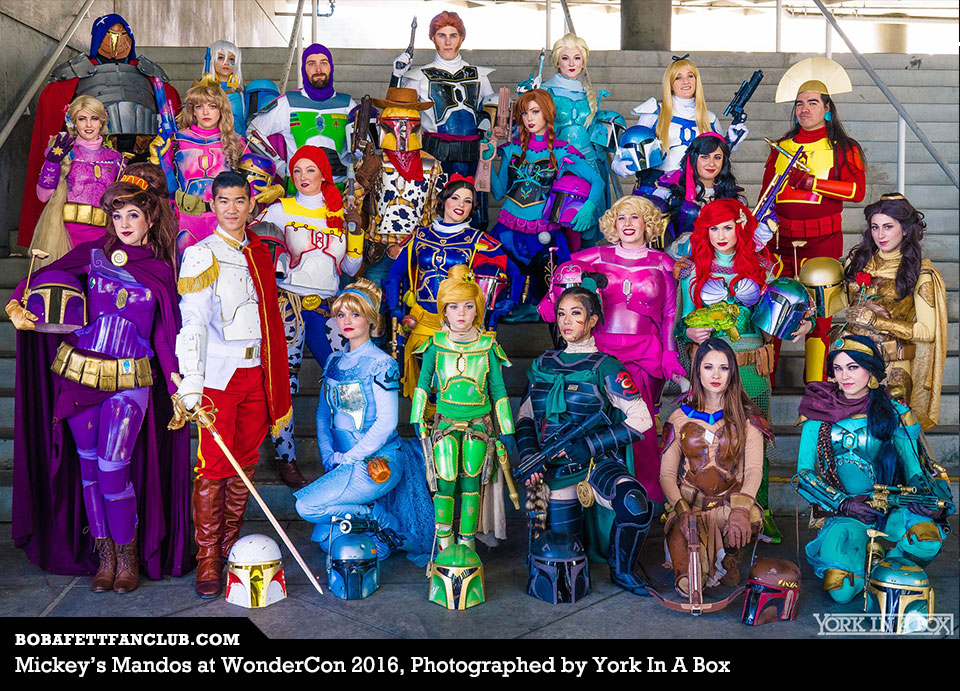