Today, via the official Twitch account for Disney, Boba Fett's Slave I was featured in a larger announcement of new pieces in the Disney Infinity 3.0 Star Wars game.

Note how Boba Fett has an unusually blue look. It's almost reminiscent of his Star Wars Holiday Special colors, which is most definitely non-canon now.

Jump to 1 hour 8 minutes to see for yourself:

Helmet nod to fan site Disney Infinity TV for the heads up! 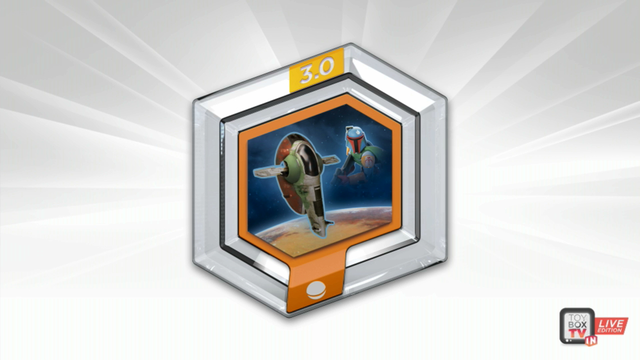 We also spotted Boba Fett in the background (behind Han Solo) in this promo artwork, also released today. 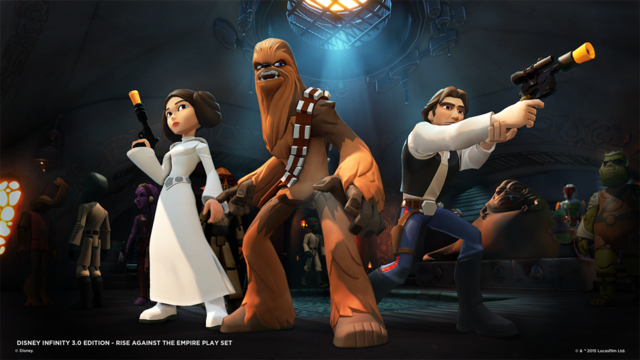 Disney Infinity 3.0 Star Wars, with Boba Fett in the Background 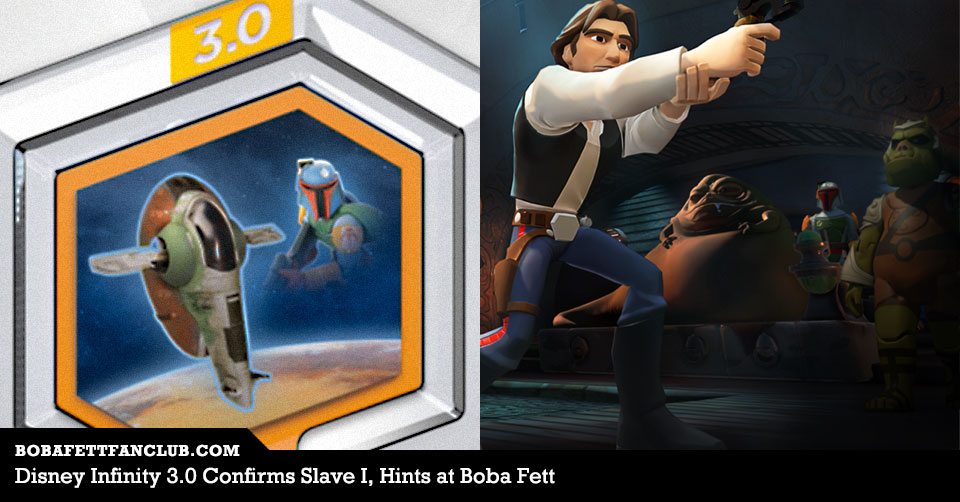