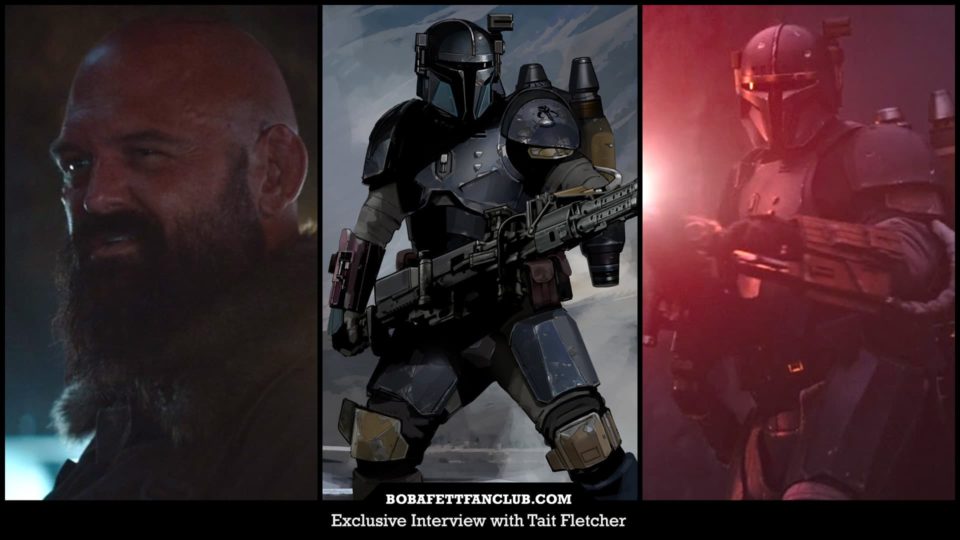 In the credits for Chapter 3 of “The Mandalorian,” after watching an action-packed episode with more Mandalorians than the lead character, we see “Paz Vizla” “Paz Vizsla” named alongside the actor who played him, Tait Fletcher. Paz is the Heavy Infantry Mandalorian, voiced by Jon Favreau, who gives us the memorable line, “this is the way.” After meeting Tait in person at Empire Con in Los Angeles, here’s our Q&A with the professional MMA fighter turned actor, who played not one but two characters in the Disney+ series. 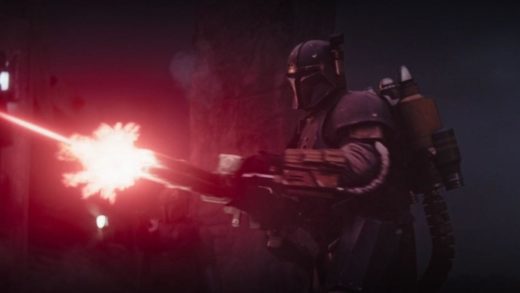 What was it like to not just be a part of “Star Wars,” but to play such a new fan-favorite character: the “Heavy Infantry Mandalorian” in Chapter 3 of “The Mandalorian” on Disney+?

Tait Fletcher: It’s been such a privilege and honor from the beginning. Playing two different, yet vital characters to the storyline was incredible… to become Paz Vizsla, though… wow. What a galvanizing character that really exposes the ferocity and dignity with which we hold the Code of the Mandalorians. I have trouble expressing my gratitude correctly, but I thank each and every fan, and of course, Dave [Filoni] and Jon [Favreau] for the opportunity to play!

You also play another character in the series named Alpha Trawler, unmasked and throwing punches in Chapter 1. You share the same fortune as Jeremy Bulloch, who played Boba Fett in “The Empire Strikes Back” and an unmasked Imperial officer in the same film. Did both roles for you come up at the same time, or did one lead to the other? What did the casting process entail?

I didn’t realize what I had signed on for, REALLY, until I got the call expressing that I’d gotten the job, which was the Alpha Trawler. I was STOKED, because, I mean, what a cool scene!

Shortly after I’d gotten that news, I’d heard about a second role that Favreau wanted to have a look at me for. I hadn’t a clue what it was until we started building the suit… and then it all felt like a dream state… 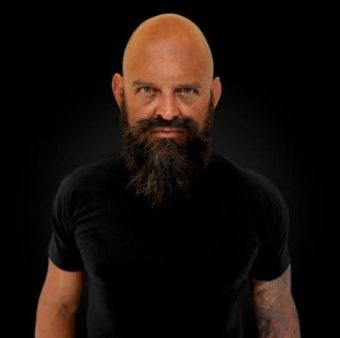 The similarities of film and MMA run parallel for me. It’s about “holding space” and controlling timing and distance. Remarkably similar. Preparation is everything, but then, so is forgetting all of the prep in order to make it my own and flow. Those seem to be the goals for me.

The Alpha Trawler character was the best day on film I’ve ever had to date. I’d been in several projects, but in this shoot, on that day, I was the lead. The cameras and focus and such was on me. Other actors timing off of my movement and dialogue. I feel like a schoolboy recounting this, but it was great, to say the least, and I learned about growing my capacity to hold more space… to build competency for the next iteration of myself as a performer.

As Paz Vizsla, I was fully in flow of the character. The lighting and atmosphere of our filming environment… my mission and upholding the honor of the guild was all that was present. This is the way.

It’s not spelled out in the credits, but fans immediately recognized that your character is voiced by Jon Favreau, who helms the overall Disney+ series. What’s it like having the head honcho be your voice, plus getting a couple instant-classic “this is the way” moments?

Jon and I tag teamed the heck outta that character. I guess it’s like playing kickball as a kid… the elation at being in the game and making a dope experience overshadows it all. I’m super stoked with the result. 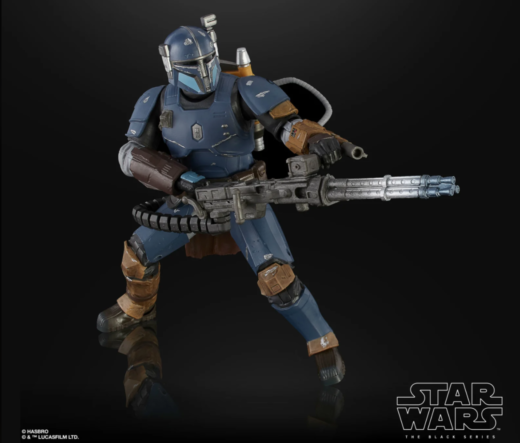 As you probably know by now, the “Best Buy exclusive” Hasbro action figure for your “Mando” is a best seller. What’s it like being made into an action figure, especially one that’s available in time for the holidays (unlike another fan favorite, “The Child”)? 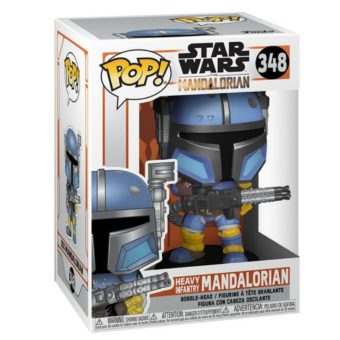 It’s all very, very surreal. I’m super proud of all of us involved that made this magic happen. The ensuing magic that is coming up in the wake of the show is mind boggling, too. The artisans and craftspeople… it’s phenomenal.

I love all the fan renditions I’m seeing, and all the drawings, dolls, action figures… it’s all so inspiring. It progresses a vital human component that’s required for all positive growth… Hope. 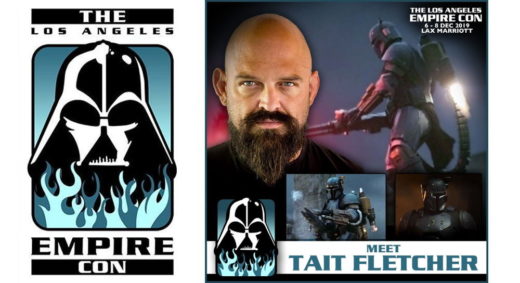 You recently attended Empire Con in Los Angeles, signing autographs for fans. How was that experience meeting fans? Also, beyond just this show, what’s next for you?

I was soooo skeptical about cons, but, like many things I was previously ignorant of, it made perfect sense when I stepped into the experience. I’m so stoked to meet the fans and get exposed to all the artwork and energy that we all create together. After all, I’m a fan, ya know? 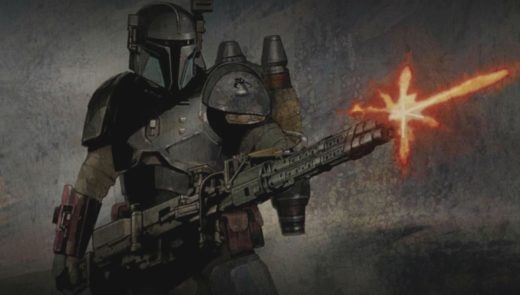 Thank you, Tait! Hope to see you in Season 2. This is the way. 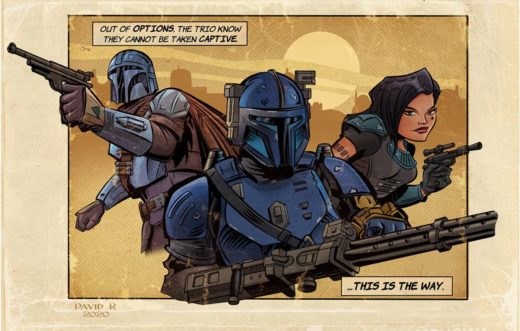 Note: The original article had the character’s name spelled as Paz Vizla. This was due to the original credits in November 2019 giving the character this name. As of June 2020, we’ve confirmed with Lucasfilm and seen the Disney+ credits change the spelling to Paz Vizsla.