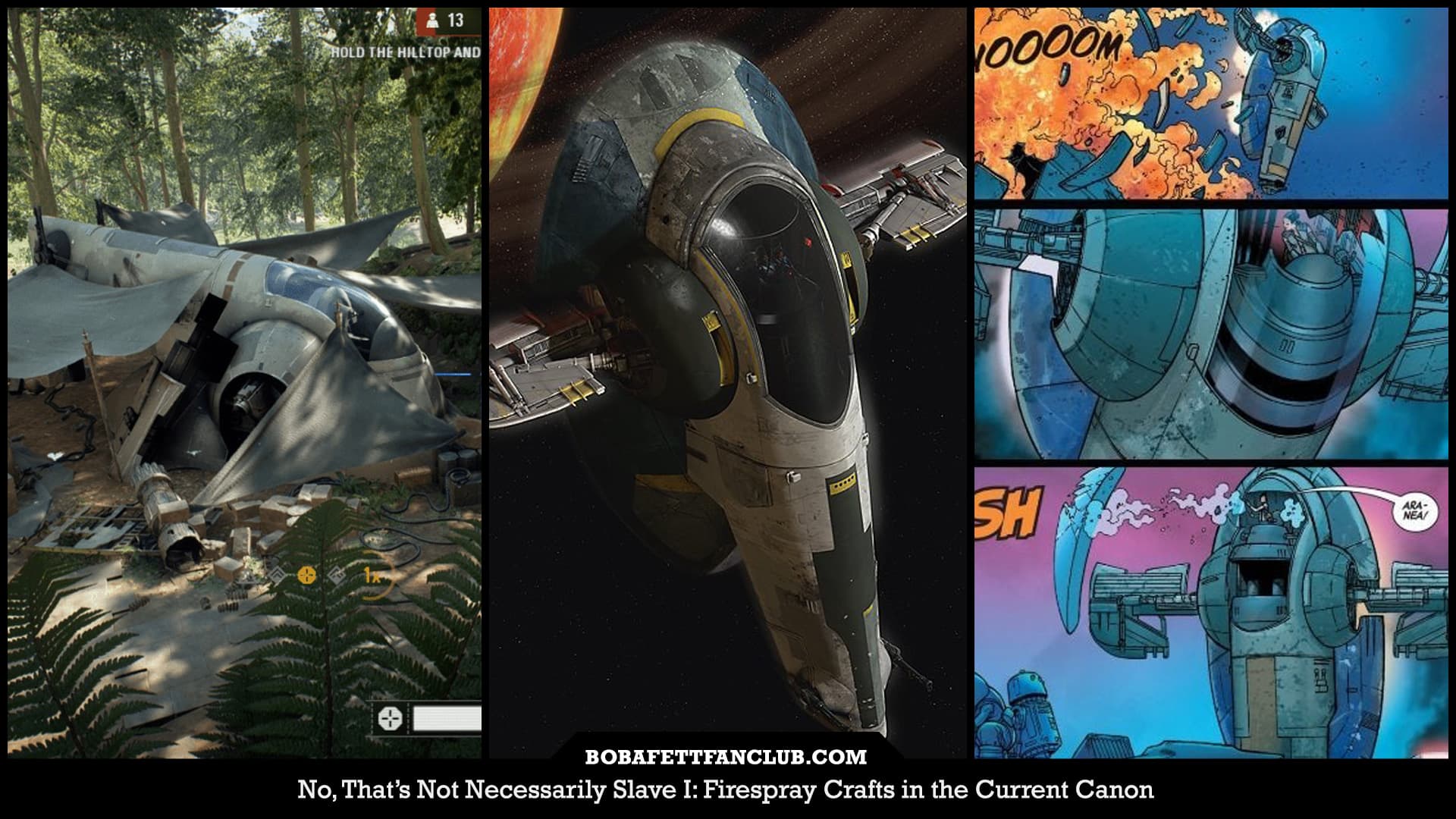 No, That's Not Necessarily Slave I: Firespray Crafts in the Current Canon

For a while it seemed that the Slave I was the last of its kind, a Firespray patrol craft that is based on a pre-Clone Wars design. But entries in the new Disney era canon have changed that. 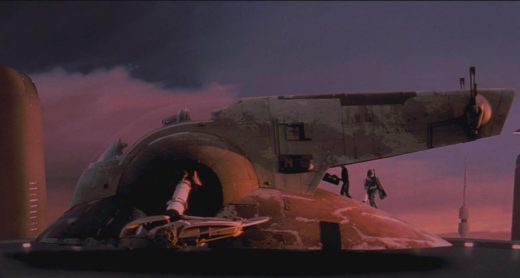 There are now at least three Firespray ships that we know of: Slave I, one in Battlefront II, and the most recent sighting in the comic “Star Wars: Age of Resistance – Rey.” 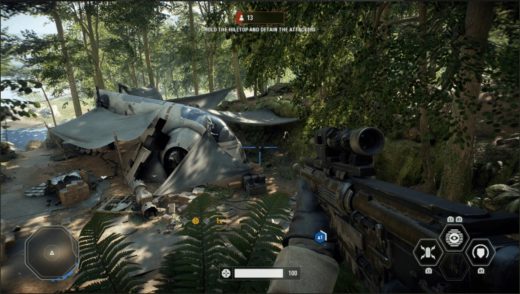 In Star Wars: Battlefront II, there is a map for Takodana, a planet from “Star Wars: Episode VII – The Force Awakens” and the home of Maz Kanata’s castle. Searching the surrounding forest, players can find a disassembled Firespray. It is partially hidden under a canopy and has a blank, greyish look, like a prototype. I got very excited when I first became aware of this Easter egg, because I considered the possibility of this ship being Slave I. However, that was debunked on Twitter by Matt Martin of the Lucasfilm Story Group. 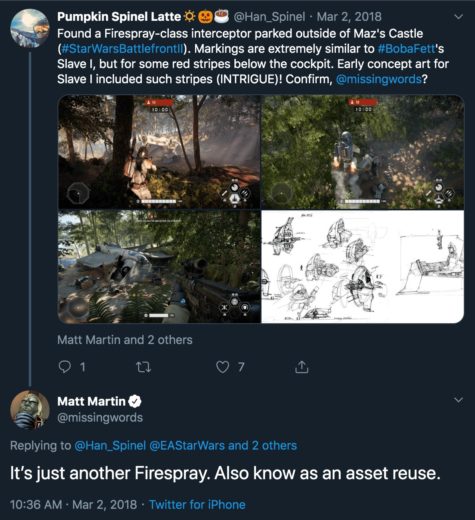 Also, for whatever unknown reason, that craft is smaller than the Slave I. It becomes obvious when you compare it to the actual Slave I on the Bespin map — it is noticeably larger than its Takodana counterpart. The smaller Firespray also bears the same scorch markings on its left side as the Slave I, but this is simply a recycled asset by the developers. So despite the Takodana Firespray being listed incorrectly as Slave I on the Wookieepedia page, they are actually two different ships.

Nonetheless, this Easter egg means that the Slave I in current canon is no longer the sole remaining Firespray, as apparently Maz got her hands on one as well. We may never know where it came from or how it ended up in her possession. It would be awesome, however, to see it restored and in action during the “Star Wars: Episode IX – The Rise of Skywalker.” 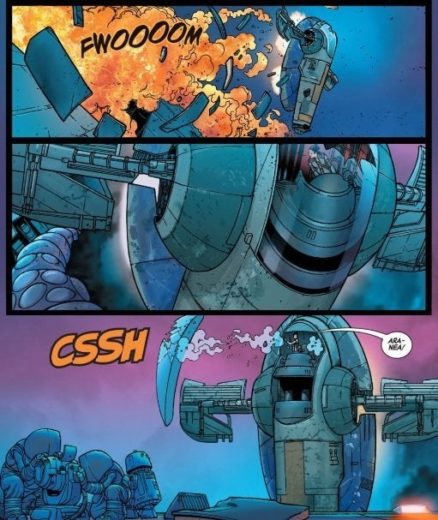 The most recent Firespray appearance occurred in “Star Wars: Age of Resistance – Rey.” The short story takes place just before the ending of “The Force Awakens.” Rey and Chewbacca must stop on a junkyard planet called the Necropolis to acquire parts for the Millennium Falcon. As Rey scavenges among the “bones of the fallen,” she is attacked by a large monster. During the ensuing chase, she boards a functioning Firespray and uses it to escape the creature. Sadly, she does not take it with her or ever come back for it as far as we know. 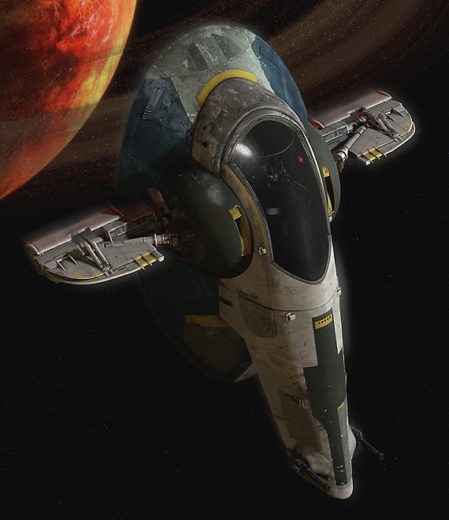 What makes this Firespray further noteworthy is the fact that its color scheme is identical to that of Jango Fett’s Slave I in “Star Wars: Episode II – Attack of the Clones.” Perhaps this is meant to say that the blue and grey is the default appearance of a Firespray. This ship is likely not Slave I either, seeing as it had green and red elements to go with Boba Fett’s armor during the Original Trilogy. Although not impossible, it is unlikely that anyone would bother changing the Slave I back to its previous paint job. It is more rational to assume that this is a different Firespray, and that its previous owner was lured to Necropolis and killed for their ship (note: the arachnid villain in this comic admits to conducting this very practice).

Do you think we will see more Firesprays in the future?