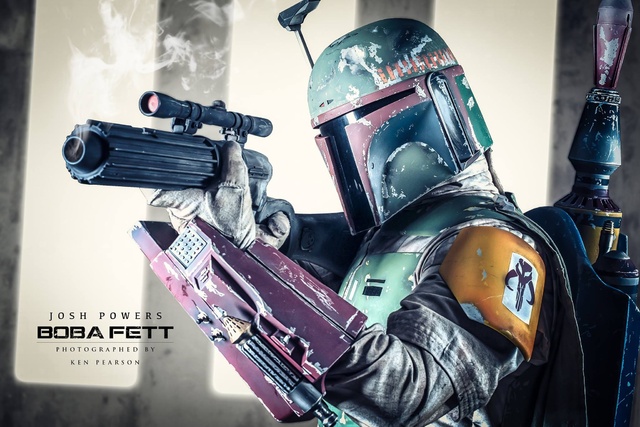 As an 8 year kid, when Fett was first shown standing on the bridge of Executor, I thought to myself “who the hell is that guy?! I want to know know about him!” The look of his armor, his stance, the fact Vader spoke directly to him, spoke to a person that earned the respect of the Sith Lord. He looked liked he worked for a living and did what needed to be done. Then, as I grew older and they began writing comic and novels featuring Fett, it just fed to my fascination with the character.

As for why I choose to build this costume. I chose it out of ignorance. I assumed, having never attempted to build anything, that it had to be easier than building a Stormtrooper … right? It was mostly cloth with a few armor plates, helmet and jetpack. Famous last words.

It’s hard to say. Watching the joy on kids faces when they see their “hero” in real life, whether it’s at a con or on the floor of their hospital. Personally, my favorite would have to be meeting my wife — who kits up as Boushh and is a member of the Legion as well — or the incredibly tight person relationships I have formed since joining the groups with Fett. 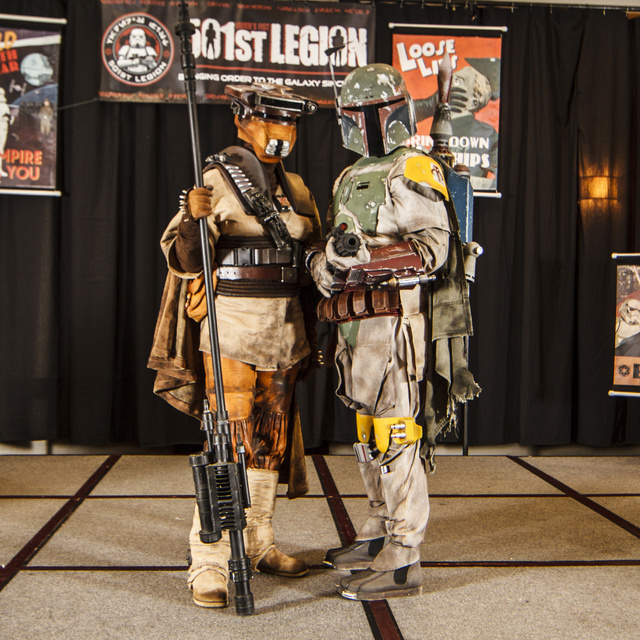 For me, I found nothing about this costume NOT challenging. This was going to be my first ever costume. I had never used a dremel, an airbrush, or any of the other skills needed to do something like this. I spent 18 months researching every possible part, every possible type of paint, every scratch and every detail of a ROTJ Fett before I ever began my actual build. I knew from the outset that I wanted to join the 501st as Fett because of the charity that they perform. Because of that, I knew it had to be “perfect” or as close as I could possibly make it.
I found that to get Fett right, the biggest challenges was finding all the right part. I am sure other Mandos and Fetts can attest to the fact that, even assembled, there are a ton of parts to these kits. And for Fett these parts are 35 years old and tracking them down is a task.

The biggest advice I would give to other cosplayers is research. I can not stress the value of it. I can be boring, seem like a job at times, but in the end it makes the biggest difference in the outcome of any build, no matter the costume itself. 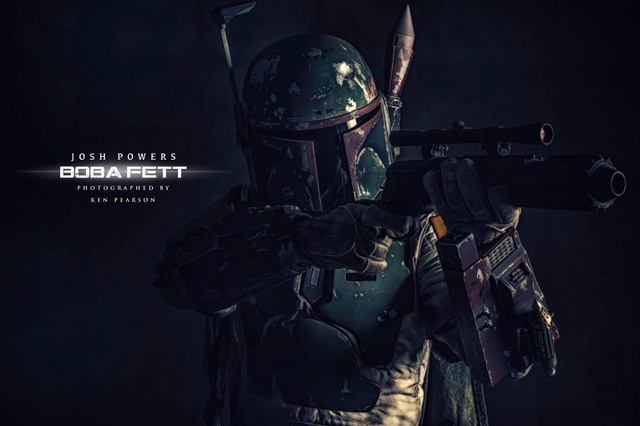 Picking a favorite moment is Star Wars is a hard question. Star Wars has been a constant in my life since I was 5 years old when the movies were originally released. It has been a source of constant joy and a refuge from sorrow — a safety blanket if you will. Its existence creates an environment that bring people from different places and backgrounds together. It binds all things, just like the very Force at the core of its story. 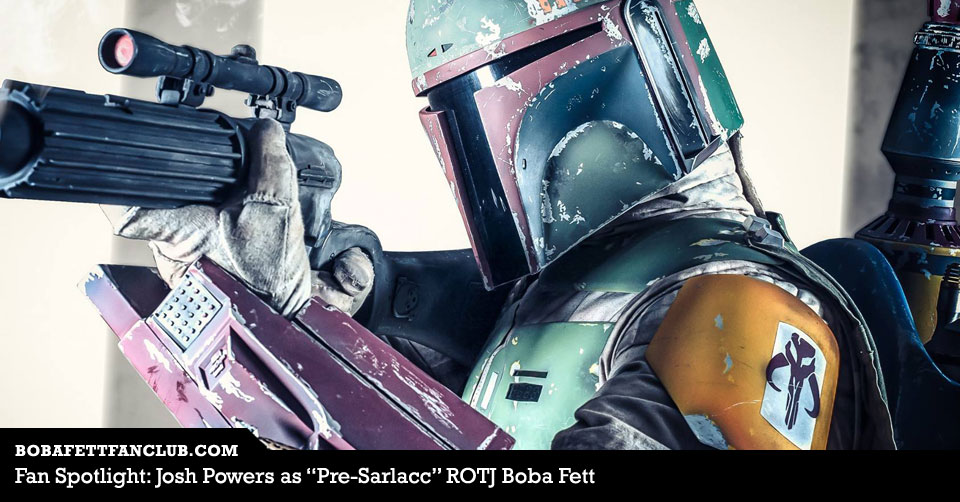