The latest trailer for the upcoming third season of “Star Wars Rebels,” which dropped Monday via the official Disney XD channel on YouTube, has been abuzz with a rumor that Jango Fett’s very familiar Mandalorian helmet can be seen in it.

Let’s break that down and look carefully at the screenshot.

Jango Fett’s helmet was last seen “scorched” in Season 2 Episode 21 (“R2 Come Home”) of “The Clone Wars” animated series. That comes prior to “Rebels” in the overall canonical timeline. The helmet was blown in half with a bomb inside. But it’s such high quality that it only broke into two pieces — only the best gear for the best hunters. In the new trailer, it’s not in pieces. For it to be plausible, it would have to be repaired. Is that possible? Definitely.

So far, no Fett has been in “Star Wars Rebels.” But Boba Fett would be the right age and the latest season isn’t unbelievable if he made an appearance. (Thrawn is the big headliner of the new season.) So is it possible Boba Fett reconstructed and is wearing his father’s helmet? Yes… possible.

What about Thrawn? He’s the headliner of this season. Would adding Boba Fett keep things interesting or would just a helmet appearance be enough to tide us fans over another season? Thrawn is established as a collector of ultra rare items, so this helmet fits the bill. This would mean Boba may have not been involved at all. Possible? Very possible.

What if it’s Ezra behind the mask? This seems more likely than introducing Boba Fett to the series. Perhaps Ezra put it on after being captured by Thrawn…? Now we’re really speculating.

How about the color? We would expect the helmet to be more “Empire” green than this same “Clones” blue. There’s almost a Star Wars 1313 tint to this.

Last but not least, where’s the narrative value? Welding a helmet together to patch it? Couldn’t this simply be the helmet of a protector from Concord Dawn?

That’s a lot of chew on. What do you think? 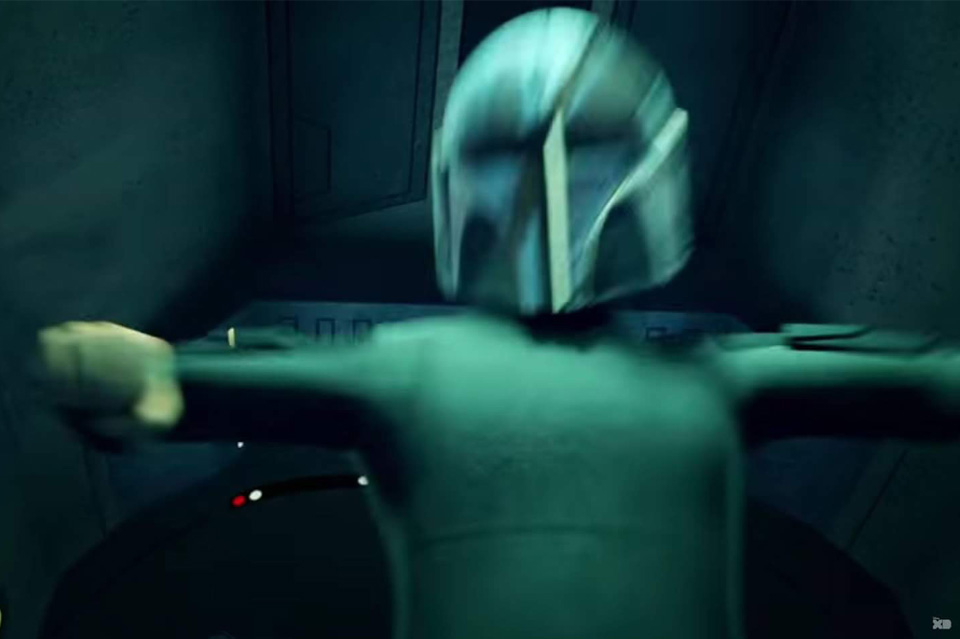