As for Boba Fett merch, here are the highlights to look for when the event officially begins on Friday:

Not Boba Fett related per se, but there are a couple Mando items:

Looking for everything that's out? Our friends at Yakface put together a thorough checklist, which you can find in PDF form on Google Drive.

On Saturday, Barnes and Noble bookstores teamed up with LEGO and they're doing an event for kids in all of the U.S. stores. The flyer for the event includes Boba Fett, BB-8, and R2-D2. It's always nice to see Boba Fett being promoted in the run up here for Rogue One.

* What's the deal with the broken embargo this year? Like last year, these toys began showing up with stores weeks and even a whole month early, but the box would often say "don't open until 9/30." That didn't stop a lot of sales from leaking early. Whoops. (Side note: we also posted a photo and link to one toy early, not knowing this marketing stunt, and soon thereafter received a lovely DMCA take down notice from Mattel.) 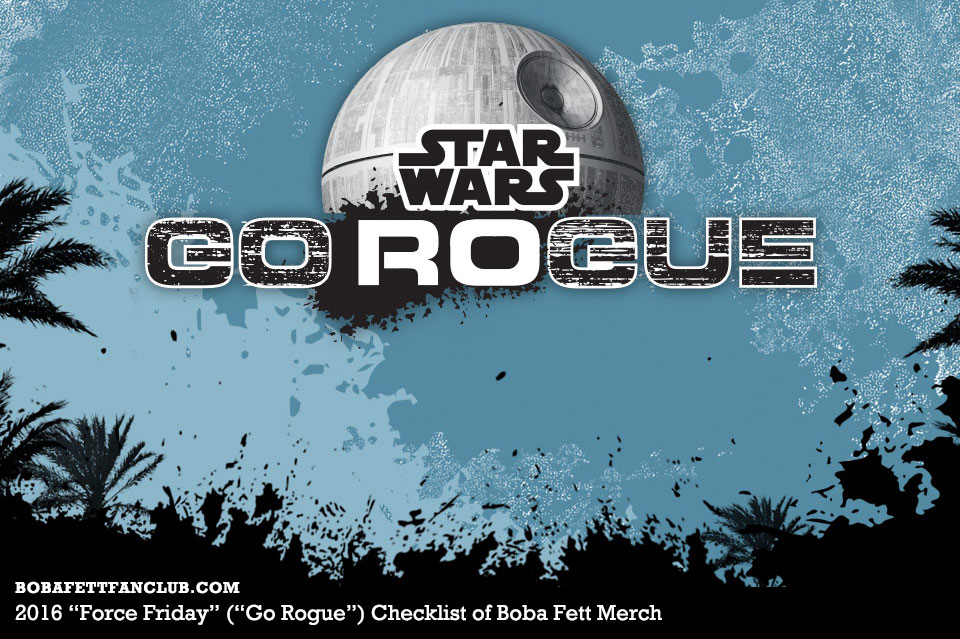