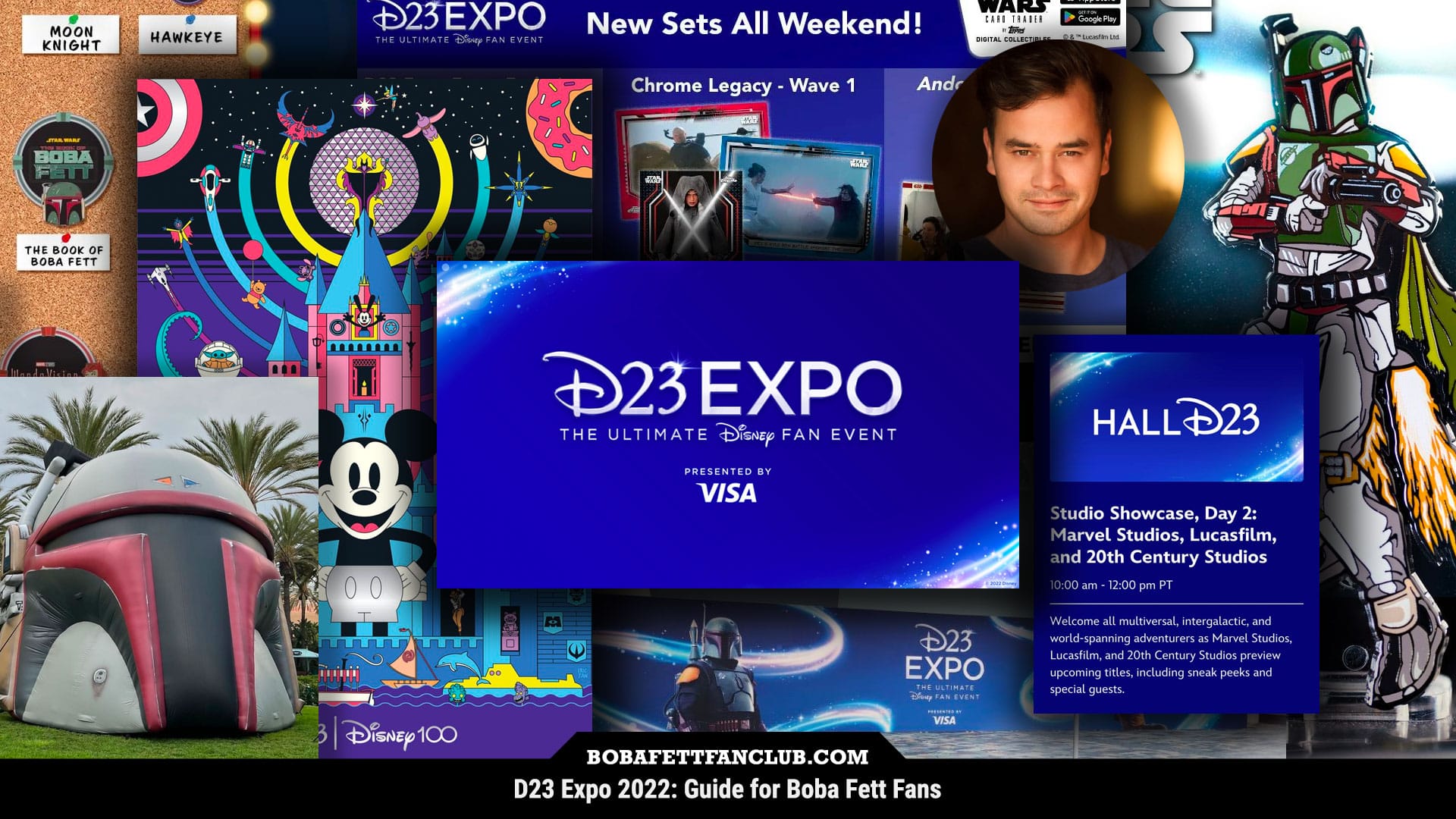 Just for Boba Fett fans, here is our guide to D23 Expo 2022 which is Friday, September 9 thru Sunday, September 11. Consider this your very own checklist to all the Boba Fett sightings as we learn about it.

We weren’t invited to cover this one as press, but nevertheless we’ll update the guide as we hear from fans and vendors at the convention.

Need a map? You can find the PDF map on their official website.

We combed through the list of exhibitors to make this handy cheat sheet. Use the PDF map to understand the codes.

D23 Gold Member? Stop by the D23 Ultimate Fan Lounge in Hall A to get a poster (art by Eric Tan), which has Boba Fett’s Slave I (aka Firespray/Starfighter/Starship) on the top left. 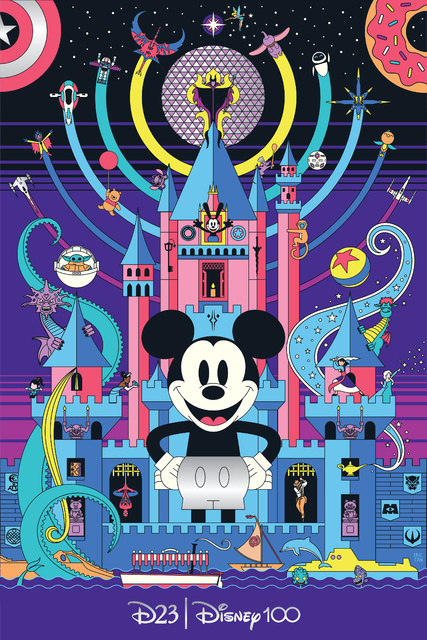 One of the Boba Fett costumes from “The Book of Boba Fett” is on display. It was previously shown at Lucasfilm’s Pavilion at SDCC 2022. He’s on the far left next to Fennec Shand.

Outside the Anaheim Convention Center, see the massive Boba Fett helmet right in front of the basketball arena. The massive inflatable was previously used for the Disney+ Balloon Tour last November

#D23: The expo opens tomorrow but #BobaFett has arrived, outside the Anaheim Convention Center, right in front of the basketball arena!

Part of the wall signage around the convention include Boba Fett from “The Book of Boba Fett.”