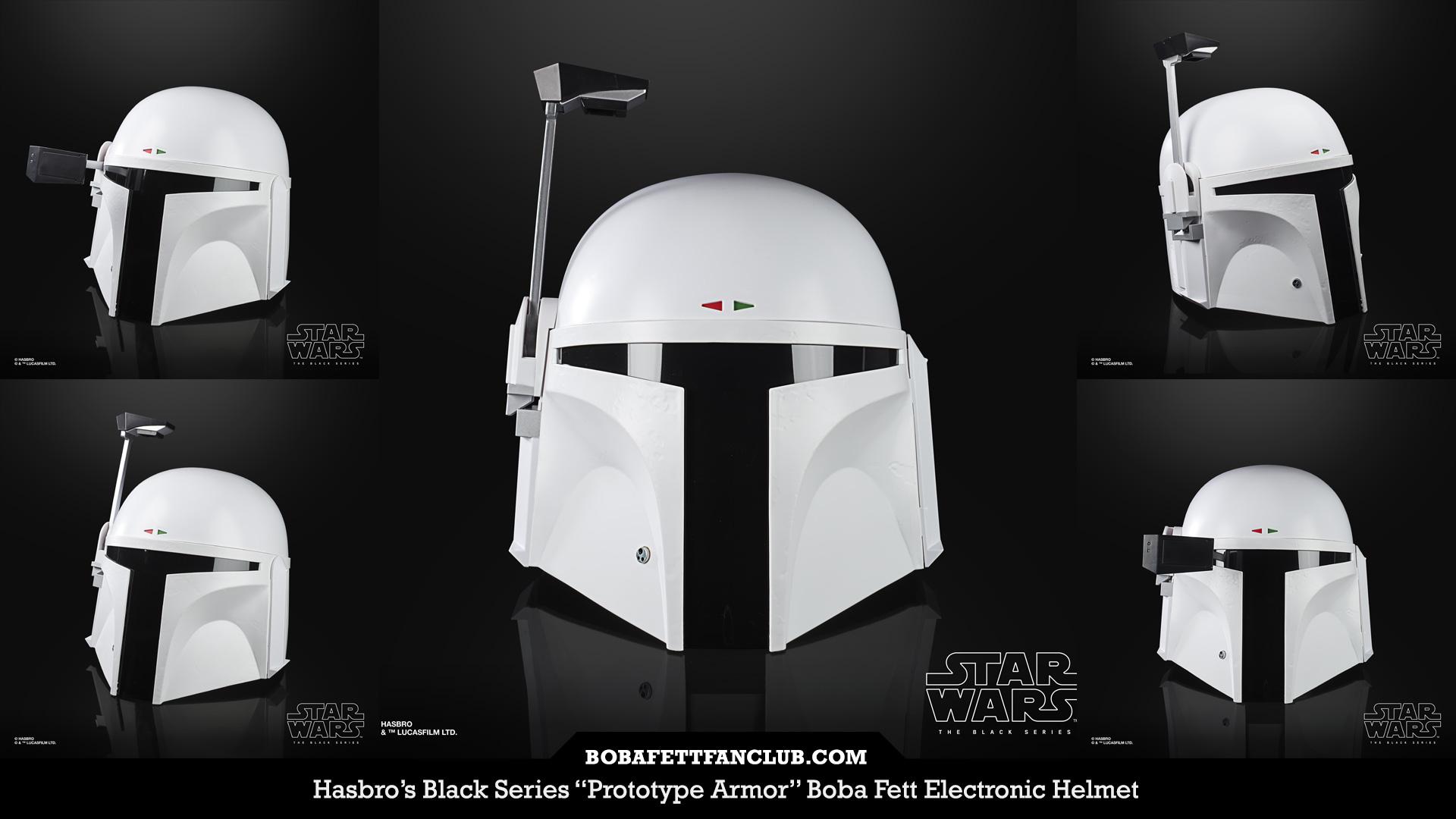 BFFC contributor Thorsten Heiss picked up this one from his local collectible shop, who got them earlier than most retailers.

This helmet features a dent-less dome, which is accurate to the original. However, you can see they used two shades of white, plus the prior helmet’s “weathered” areas aren’t smooth like the original “Prototype” helmet. This was expected and in a Q&A Hasbro said they did this to save on costs.

We also compare Hasbro’s earlier Black Series Boba Fett helmet with this new one and you can see the interior pads also change color a little bit.

You can also see one production issue: the Aurebesh text is written backwards. It translates to”Target in Range” on the rangefinder, but it’s read from the front, not from the inside like viewing it while wearing. Minor, but it’s also not very usable through the helmet anyway.

This helmet showed up earlier than expected. Hasbro’s own website says it’s coming in September. Other retailers say late July, too. But this came up through a normal retailer so maybe everyone is getting it earlier than originally planned.

For more info, and how to pick up this item:

What do you think of the helmet?