Get in da Choppa

New Star Wars Custom Choppers hit the stores this month and Boba Fett will not be left out.

Already out in stores, this month Hasbro released its set of new "Star Wars Customs" line. The first wave includes Darth Vader in his Imperial Chopper, Luke Skywalker in his Rebel Chopper, and not to be outdone is Boba Fett in his custom Outlaw Chopper. These toys have what they're calling "Rev n' go" action. Just rev the chopper forward, then let them fly. No "merchandise" can escape from Boba Fett now. Maybe we'll even see Boba at the next Sturgis convention? 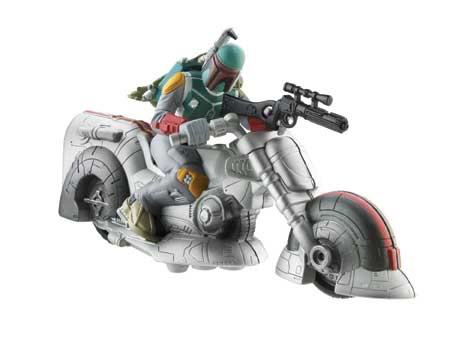