First seen for a split-second out a window within the Bespin DLC release trailer, here is an exclusive look at Star Wars Battlefront’s latest update where you can find Boba Fett’s Slave I and see all sides of the ship, parked on the East Platform of Cloud City.

This footage is from the Blast game mode, specifically the “Administrator’s Palace” map. Slave I is on the right side of the map from the Imperial starting point. Stick to the outside platforms and you’ll find it in no time.

The game also includes some patches for the often-nerfed Boba Fett. In this case, some of his powers improved. Check out these release notes:

Our initial survey of fans on social media found that the responsive flamethrower update is nice, whereas others found the flamethrower active time to be too long.

Playing as Boba Fett is available in the following game modes:

Piloting Slave I is available in the only aerial map among the clouds: 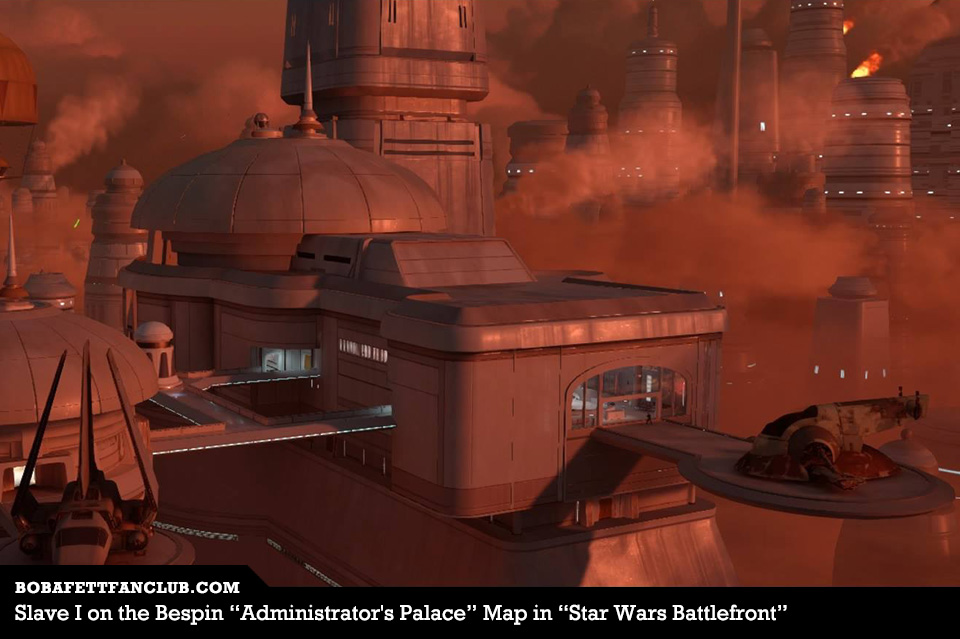