Exclusive: Star Wars Episode 7 to be Shot on Film by Dan Mindel 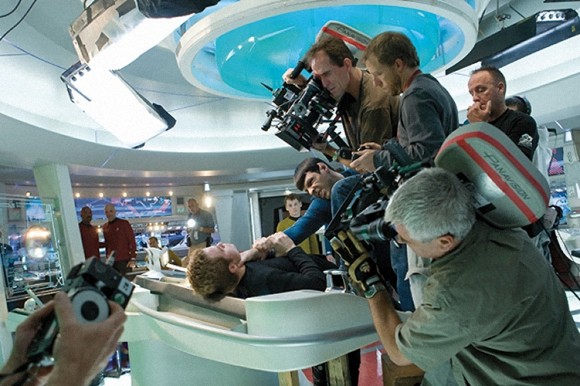 Frame of reference: this is how Star Trek was shot on film, not digital like the Star Wars prequels. Star Wars Episode 7 will use the same camera team led by cinematographer Dan Mindel ASC BSC in addition to the director we already know is attached, J.J. Abrams. Photo by Zade Rosenthal / ICG Magazine.

At today’s event in the ASC Club House, the cinematographer discussed his first work with J.J. Abrams on “Mission: Impossibe 3.” During a viewing of the dailies (a standard review of what was shot the day before, whether or not on 35mm film), a mistake lens flare caught the eye of the director. Dan showed him how they are created, which led to lens flares galore in “Super 8” and the recent “Star Trek” films, the latter of which Mindel lensed.

Thanks to the Kodak rep, Lorette Bayle, for asking the question during the Q&A, which Dan confirmed himself after a couple coy replies.

* Updated 8/22/2013 5:55pm PST: The event was “ASC Breakfast with Dan Mindel” where American Cinematographer Associate Editor, Jon Witmer, reviewed his work in Q&A, which included “Domino,” “Shanghai Noon” and “Star Trek.” Then the event had a public Q&A. 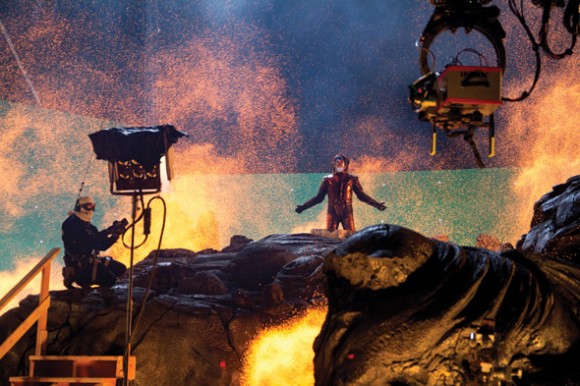