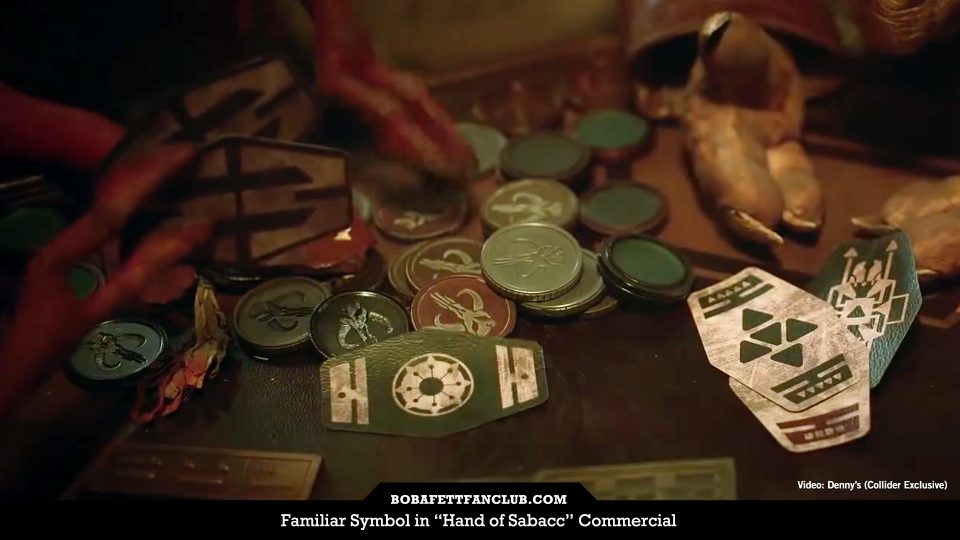 As part of a major promotion for the forthcoming Star Wars film, Lucasfilm partnered with Denny’s for menu items, trading cards, and cups inspired by “Solo: A Star Wars Story.”

In the commercial which premiered on Collider, we were quick to notice a close-up of the Sabacc chips. The well-known Mandalorian symbol, worn on Boba Fett’s left shoulder, is clearly visible.

Could this mean we’ll see Boba Fett in the film? Or will this be chalked up as an Easter Egg like the same symbol at Maz’s Castle in “The Force Awakens,” which did not have Boba Fett?