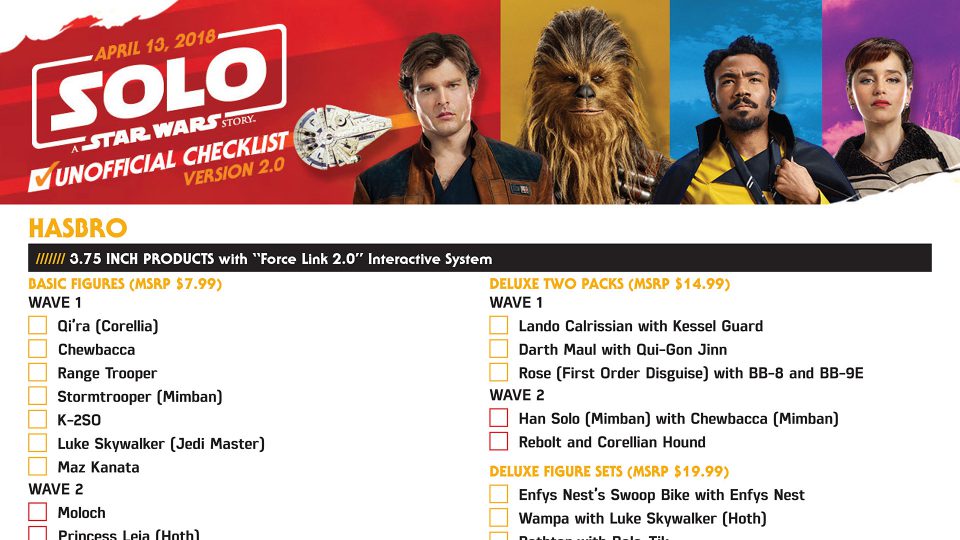 Starting now and rolling out all this weekend (ala "Force Friday"), tons of new Star Wars and Solo: A Star Wars Story merchandise just came out. Boba Fett will be happy to know some Fett items are on the list, along with other popular new characters like the mysterious Enfys Nest, who appears in the upcoming film this May.

Our friends at Yakface.com have an exclusive, unofficial checklist of all the upcoming #StarWars merchandise. Entertainment Earth also has their own official checklist. (Neither list is 100% complete for "Wookiee Weekend," which was a proposed -- but not adopted -- name for this publicity stunt.)

In terms of Boba Fett announcements, there are three related products:

We've yet to see a picture of either. Presumably they are new products and not just re-packs. [UPDATE: One is a re-pack -- darn!]

Some other fun merchandise:

You can find more on Entertainment Earth and other boutique toy stores. (RIP Toys"R"Us.)

Which items are your favorite?