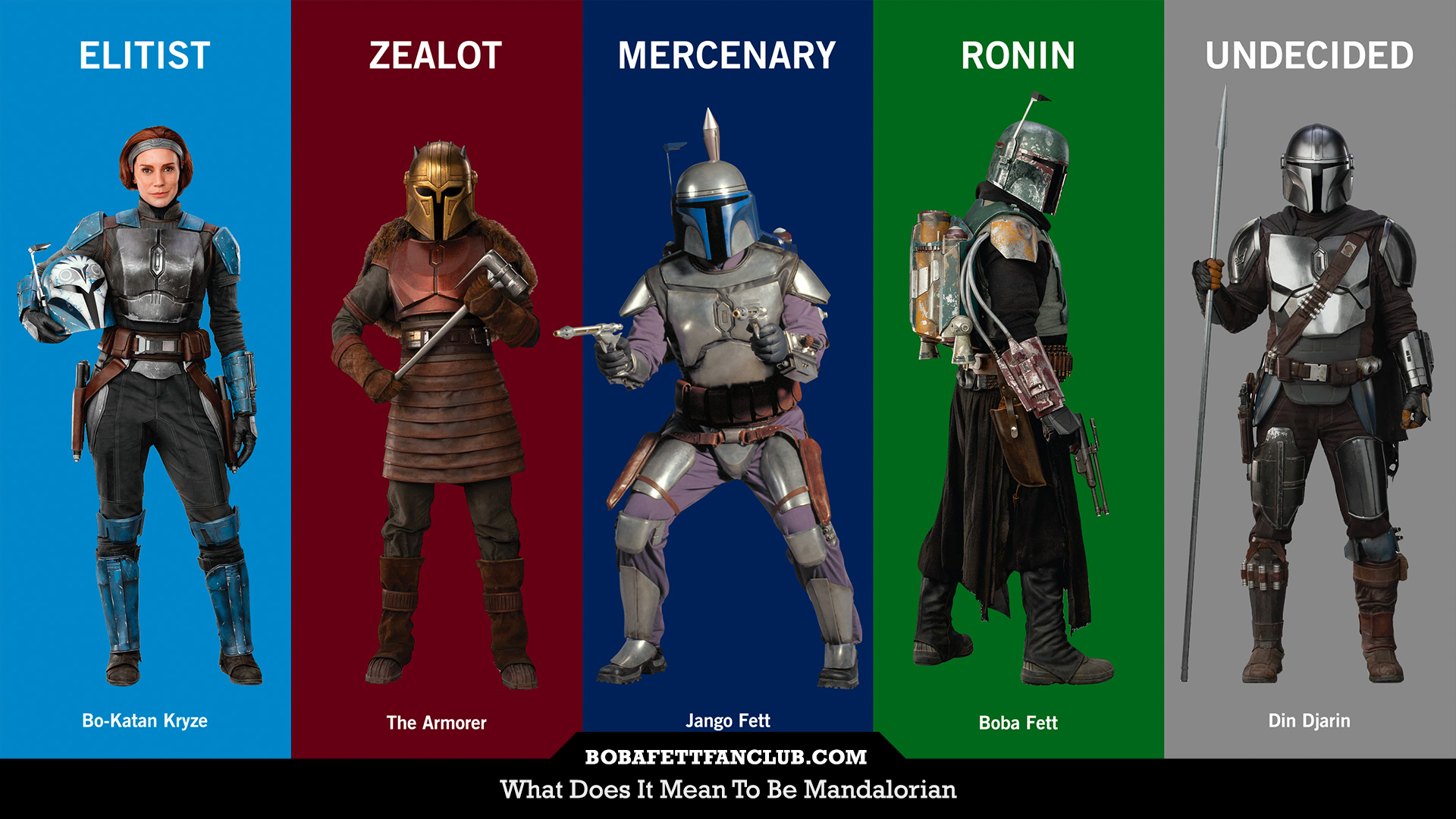 The second season of “The Mandalorian” has made a lot of changes on what it means to be a Mandalorian in Canon. We finally learned that Din Djarin’s faction is a super religious group of Mandalorians called “The Children of the Watch.” Judging by how they have “Watch” in their name and Din Djarin was rescued as a child by Mandalorians bearing the sign of Death Watch, it is safe to assume that they are a splinter group of Death Watch which is currently being led by Bo Katan. Thanks to Chapter 14 of “The Mandalorian,” entitled “The Tragedy,” we were introduced to a possible third faction that Jango Fett was apart of. This faction resembles the “True Mandalorians” from Legends. On top of all of this, it was revealed in the Season 2 finale that Boba Fett does not identify as a Mandalorian. With all of these different groups and factions, it can be hard to tell which ones are the real Mandalorians. I am going to go over what it means to be Mandalorian and if there is a singular “way” to follow.

The Death Watch in Legends and Canon both have a singular goal: return Mandalore to its crusading days. They never showed signs of xenophobia or anti-Foundling in Legends but thanks to “The Mandalorian” we see that they are that way in Canon. This was really shown after Bo Katan took control of the Mandalorian people. She and her faction showed signs of animosity towards Din and Boba because they were not born on Mandalore. According to her belief, you have to be born on Mandalore to be Mandalorian and you especially cannot be a Clone.

The Children of the Watch or the “Covert” are a combination of the True Mandalorians and Death Watch. They believe in adopting war orphans but also wish to return to the days where the Mandalorians were galactic crusaders. They also have a strict rule of never removing their helmets which is a new concept for Mandalorians. To them, Mandalorians are born or adopted into the culture but have to always wear their helmets in front of other living beings.

After saying all of this, is there a singular way to being a Mandalorian? I don’t think so. After looking through all the examples I gave above, you can see that there are multiple different beliefs that different Mandalorians follow. None of them are any less Mandalorian than the other because they all operate the same: they act with honor. I hope one day we will see all the Mandalorian factions unite and return to Mandalore. The last time we saw that happen was in Legends when Boba Fett became Mand’alor and called all the Mandalorians home. To see it happen in “The Mandalorian” or another Star Wars product would be a sight to behold.

Regarding the graphic used in this article, some may argue alternative titles for these characters but I have my own reasoning of why I chose them: