BFFC has arrived for preview night at 2017 San Diego Comic-Con!

EFX has a painted prototype of their “Empire” Boba Fett helmet on display! 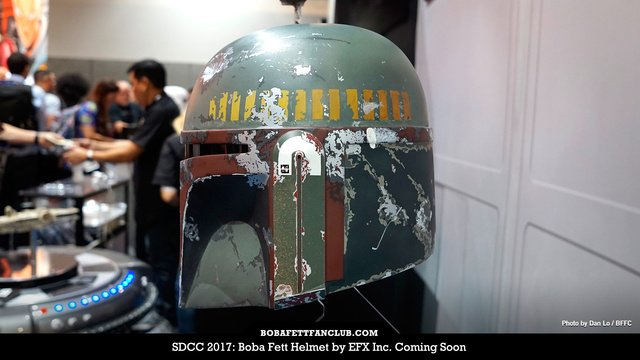 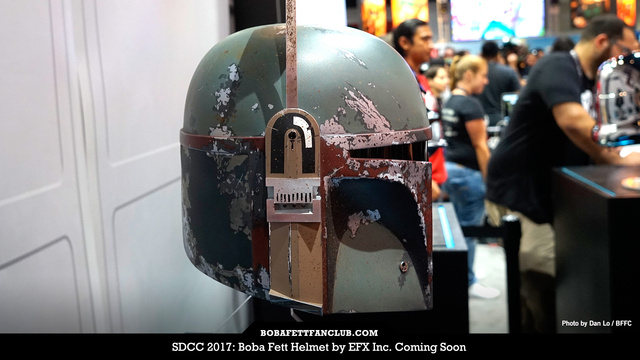 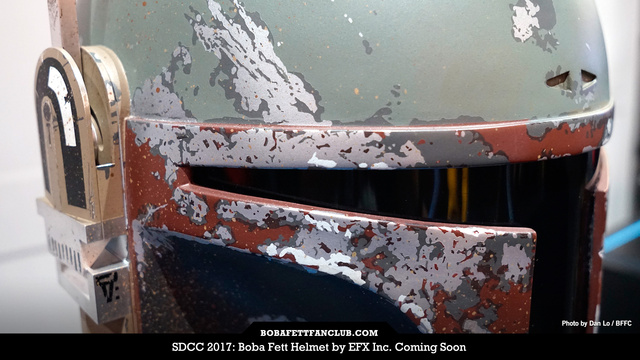 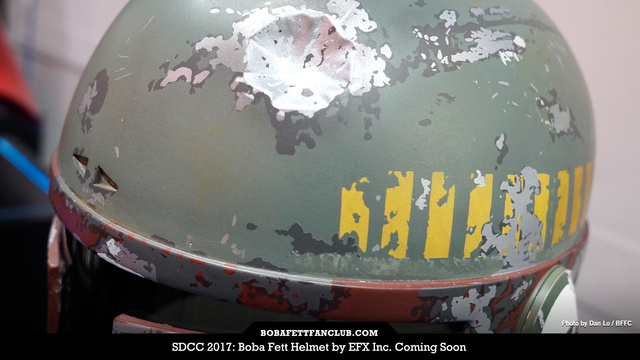 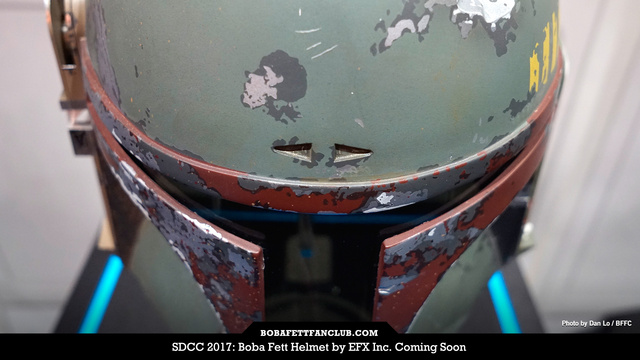 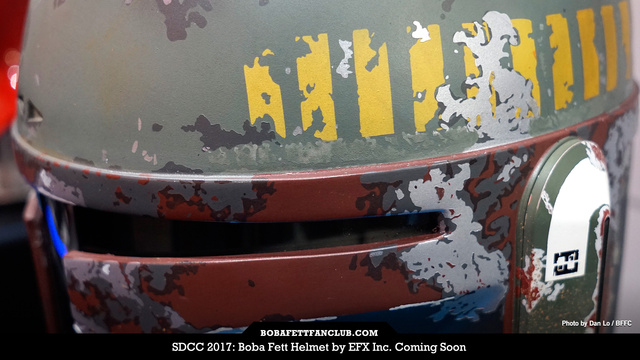 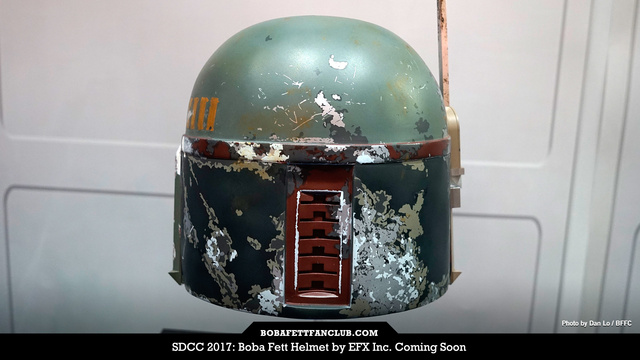 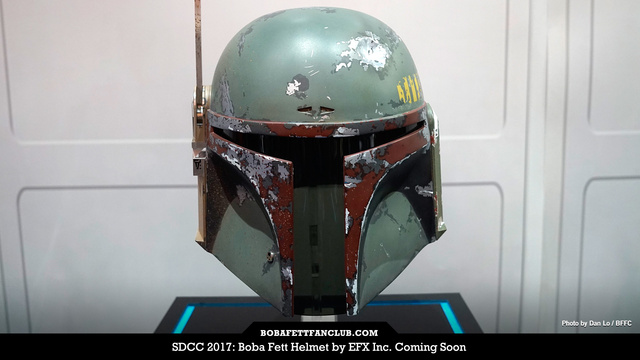 Dom Cairoli (aka fett_4_real) did the painting. Alex Alva consulted. Gino, who art directed this piece, went and matched the paint colors at Lucasfilm to the real helmet in the archive.

No date on a release nor price yet.

EFX has previously shown an unpainted version of this, several years in a row at SDCC. Tonight’s reveal is a departure and shows the product getting closer to completion.

All photos by Dan Lo for Boba Fett Fan Club.

More about the back-story for this helmet:

For exclusives, talks, and more, see our SDCC 2017 guide. 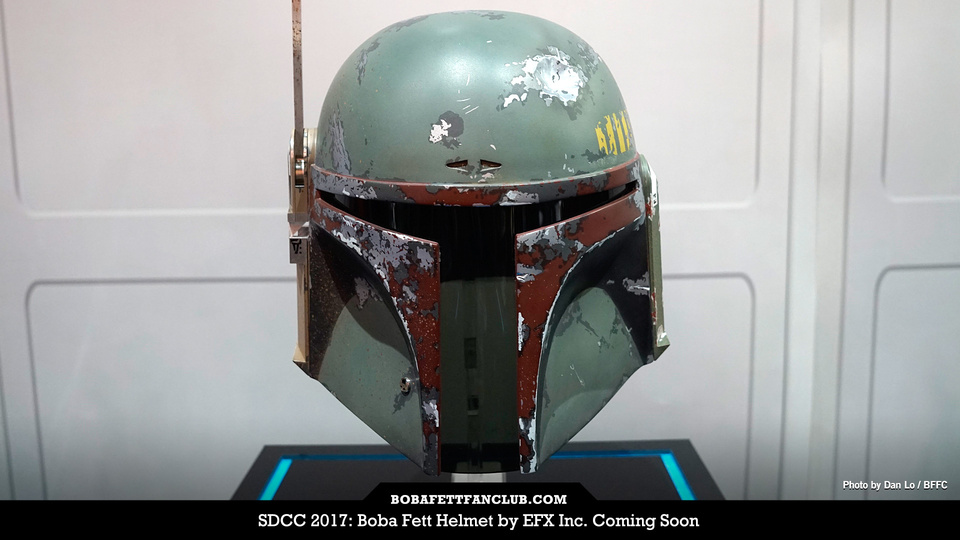