Upcoming Bounty is a series of editorial posts about newly released and/or newly announced Boba Fett collectibles, giving you the lowdown along with a pro collector opinion on what’s what.

Available January 1, 2015 from LEGO.com is the Lego Ultimate Collectors Series Slave I, kit #75060. At 1,996 pieces it’s the biggest Slave I to date and certainly looks to maintain the quality of appearance standards of the UCS line. It’s also Lego’s latest attempt at a Star Wars kit that is to scale (or close to scale) to their minifigs. Speaking of minifigs, this kit includes a new Boba Fett ESB paint/print scheme (for the variant hunters), Han Solo both in and out of carbonite, as well as a Stormtrooper and Bespin Guard. Priced at $199.99 this kit may be a bit pricey for the casual collectors, but unlike some other UCS models this one looks like it rates high on the playability scale.

I’m getting at least one. The Lego UCS line appreciates in value dramatically after a run ends so for those of us that sometimes sell off collection pieces to fund new ones these are a good investment. Plus it’s Slave-1, so come on! I’m looking forward to building it and displaying it “in pursuit” of my 10179 Millennium Falcon. 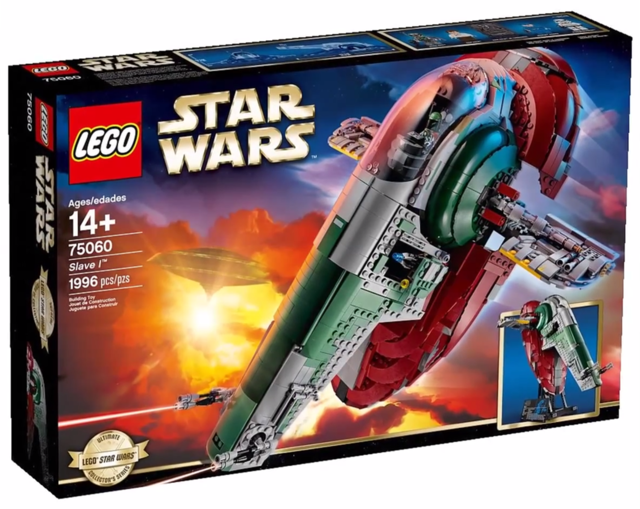 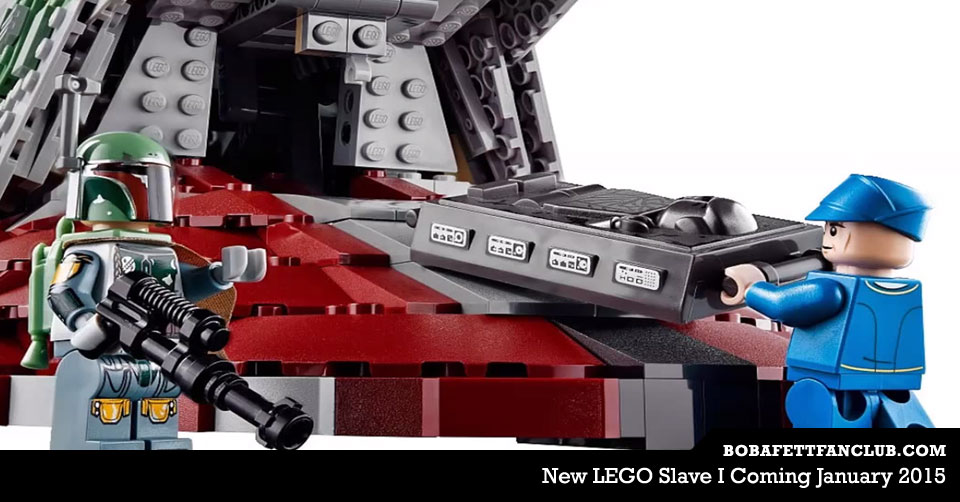