Slave I Gets a “Target” Upgrade

As part of Hasbro’s Original Trilogy Collection, the new Slave I toy will be hitting the shelves this Fall at Target stores.

Unlike the previous versions of Boba’s ship, this one will have a makeover. It will still sport the paint scheme we first gawked at in The Empire Strikes Back. However, it will be showing off a much sleeker design, as toy making technology increases, as well as an increased arsenal over previous toys. 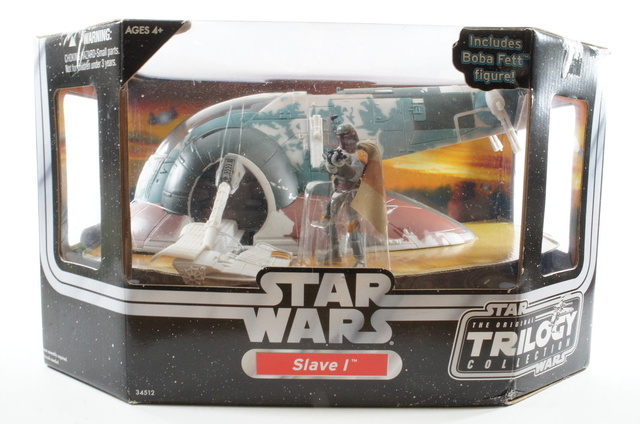 Similar to Hasbro’s release of Jango’s Slave I, this Target exclusive will come with eight missiles, a rack to hold the extra four, and a concealed launcher to shoot the other four missiles. As always, the stabilizers will move to accommodate flying or landing mode, and the laser cannons will pivot.

Included in the box, will be a Boba Fett figure, which you will be able to put inside your Slave I cockpit through use of the opening canopy.

Unfortunately, no more information is yet to be released on this project. We at The Boba Fett Fan Club contacted the good people at Target, only to be sent to Hasbro, whom at the moment refuses to release any further information. Rest assured, we here at BFFC will continue to research into this new item.

Thanks to FettGirl for e-mailing us about this news as promoted at starwars.com.