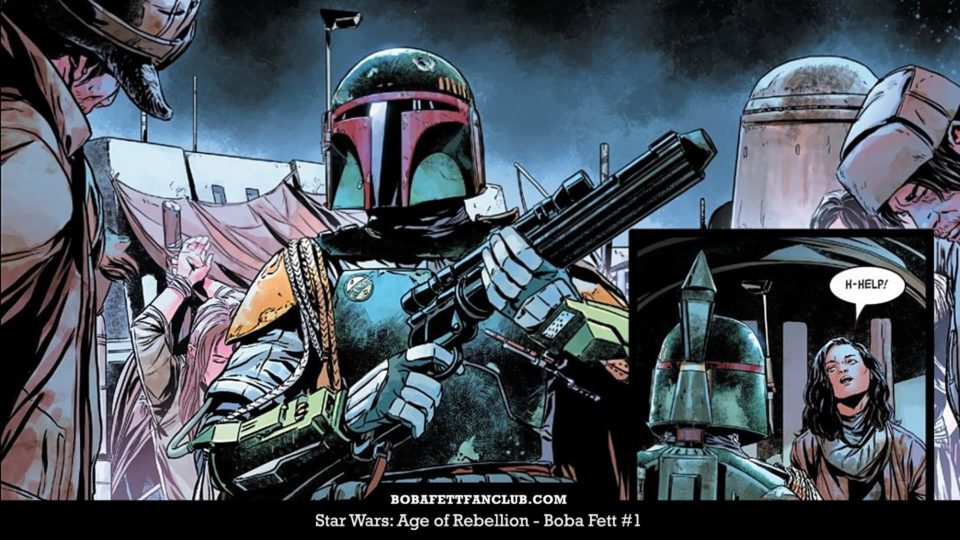 The newest Star Wars comic book, “Star Wars: Age of Rebellion – Boba Fett,” is the first Boba Fett based comic since 2012. It is just a one-shot comic but, even though it is a short story, it does a good job at portraying Boba Fett.

SPOILER ALERT — Before you continue reading this review, go and pick the comic up for yourself and read it!

The story starts with a group of mercenaries roughing up someone who appears to owe the group’s leader, Zingo, when the group spots Boba Fett riding up near them. Boba’s presence immediately sparks fear among the mercenaries which is a good way to start the story off. Boba is supposed to be an intimidating and mysterious character and the comic shows that right off the bat. He has a very Clint Eastwood like attitude throughout this comic. He stays silent for most of the comic and lets his actions speak for him. At first I thought this was overkill, but after further examination I think it fit well. Boba doesn’t answer to anybody and leaves people wondering what his next action will be. 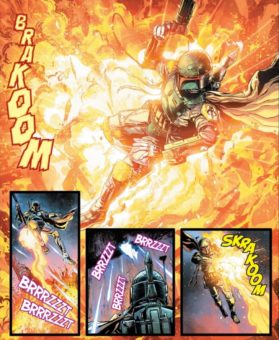 By the end of the story, Boba and Zingo have a duel with each other that involves explosives, blaster fire, and even hand to hand combat. Seeing Boba Fett get physical with his targets is something we have seen a lot of in “Legends” (previously “Expanded Universe”) but not so much in “Canon.” In “Legends,” Boba fights both Darth Vader and Jodo Kast with an assortment of techniques while in “Canon” he only squared off with an inexperienced Luke Skywalker and ultimately lost. Boba comes out as the victor of this battle however and claims his bounty. Right at the end of the comic, we see Fett have a more cold and brutal moment. A man comes up to him and asks for his help to fight against pirates but Fett realizes that the man is wanted by the Empire and kills him right then and there simply saying, “I hunt bounties.” This was a good reminder that Fett doesn’t pick sides and only follows his agenda.

The artwork by Marc Laming is beautiful. There were some truly beautiful panels in this comic. He definitely captured the gritty, western look of Boba Fett. The story by Greg Pak was well written and had some interesting characters. However, I can’t help but notice some flaws in it. The story was a really straight forward bounty hunt and didn’t have any unexpected plot twists to keep me in suspense. One thing I love about “Twin Engines of Destruction” and “Enemy of the Empire” is their unexpected plot points. You never knew what was going to happen next. This comic lacked that and stayed predictable to the end.

All in all, this was a great start at bringing Boba Fett back into the Star Wars “Canon” spotlight. The character has so much potential as proven by past legends comics. I can’t wait to see what else they have in store for future Boba Fett stories. 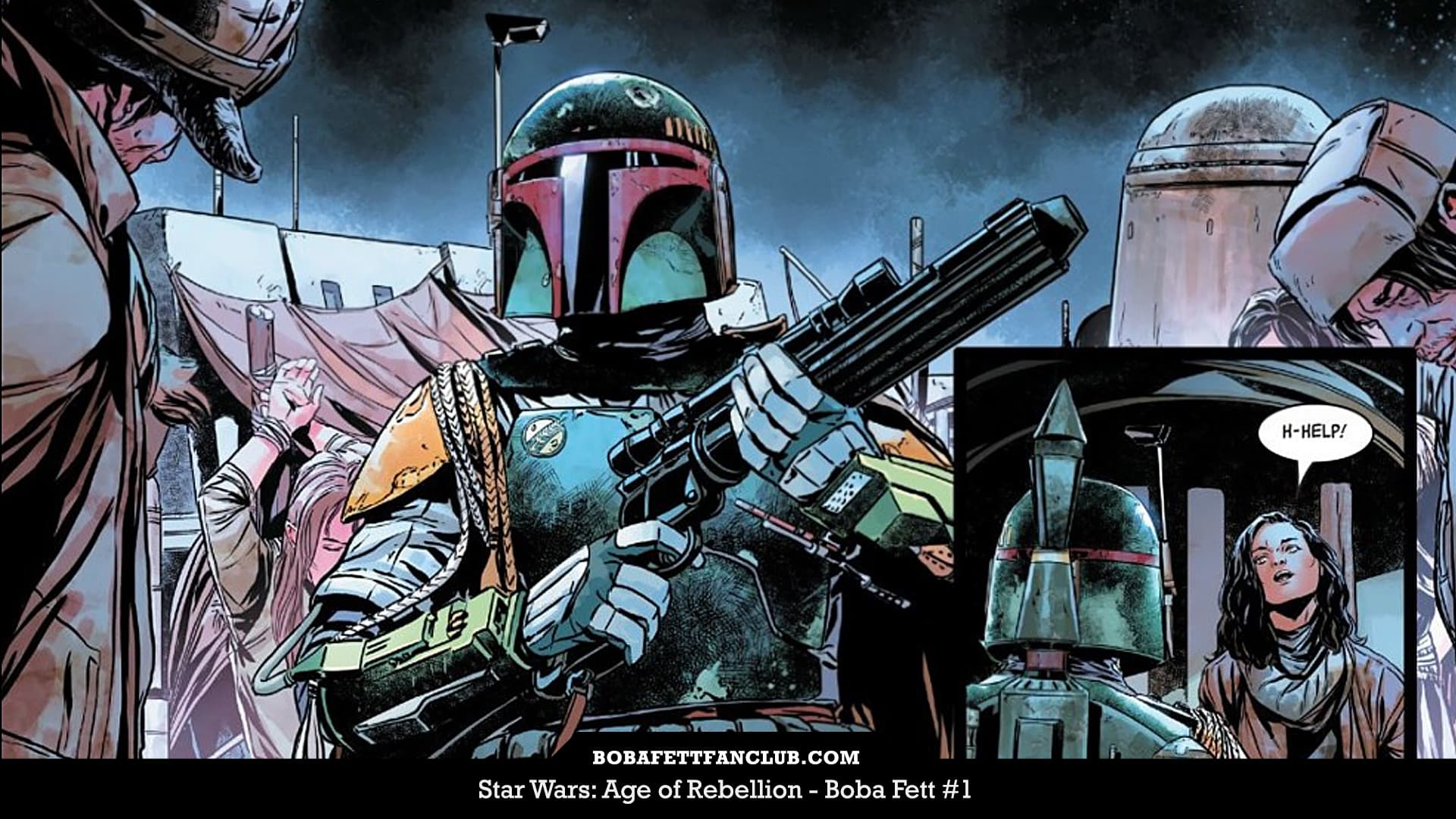