Last month we learned Boba Fett would be included in “From A Certain Point of View,” a book celebrating the 40th anniversary of Star Wars. They’re counting the bounty hunter’s Special Edition addition at Docking Bay 94 to the first film in 1997. The new story is called “Added Muscle,” written by Paul Dini.

While it can be implied that all stories released by Disney are canon (see our guide for more about this specific to Fett’s canon fate), Lucasfilm Story Group’s Pablo Hidalgo unofficially responded to fans asking if the book’s stories are canon. He replied, “Some are. Some aren’t. Some might be. Some might not be.” He later followed up: “[T]he whole ‘point of view’ by design is meant to be ambiguous.” He also noted he hadn’t yet read the Fett story.

Speaking of canon, if this story is even canon, it does three notable things: 1) it explains why Vader says “no disintegrations” in The Empire Strikes Back, 2) it suggests Boba doesn’t know Huttese (even though Jango speaks it to him in Attack of the Clones (so is he just rusty?), and 3) it may contradict the timeline of his meeting with Darth Vader in the new Marvel comic, which takes place between Episode 4 and 5. (Thanks to Mark M. on our Facebook page for bring up that last point.)

Now that the book is out today, what do fans think?

Additionally, here are some reviews based only on the USA Today exclusive excerpt and the publisher’s audiobook excerpt, featuring the voice of Jon Hamm. Note that the final short story is a little bit longer than the excerpt.

What do you think? You can get the 400+ page hardcover and audiobook on Amazon, plus bookstores right now. 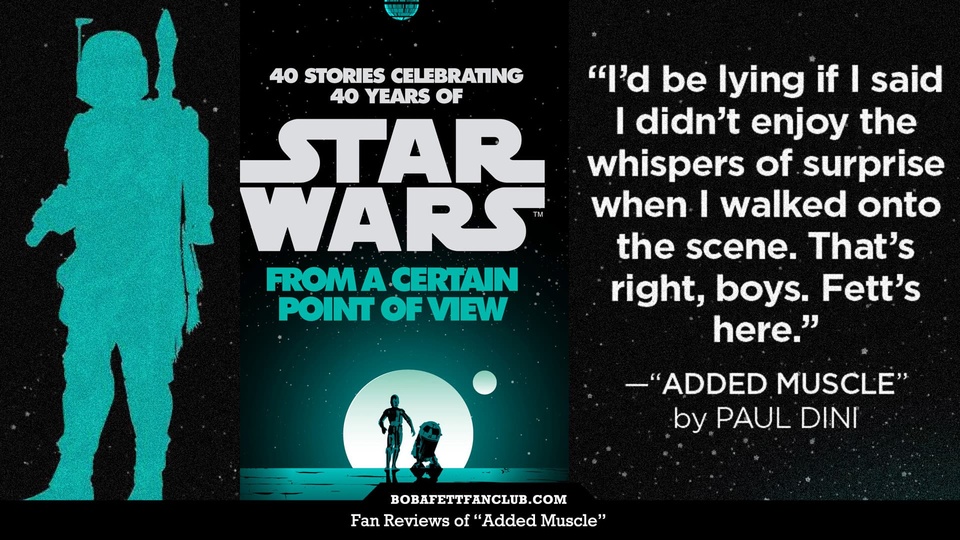