[UPDATE: We have the winners! Dave Merrell and Carlos NCT! They’re both being mailed Gentle Giant Mandalorian bookends, completely free of charge. Thank you to everyone who entered!]

Enough time is passed to share a spoiler: Boba Fett did not appear in “The Force Awakens” despite a handful of rumors. Regardless, we started and concluded a fan art contest called Boba Fett Awakens to imagine (or predict) if he did appear.

Below are the entries, all of which are eligible for our Most Creative or Best in Show awards, where we’ll be donating (including shipping!) a Star Wars Mandalorian Bookends by Gentle Giant ($60 value) for each winner.

We have not announced the winners, but in the spirit of “awards season,” we want to share with you all the nominees. These global entries are in the order of when we received them, with the early birds coming first: 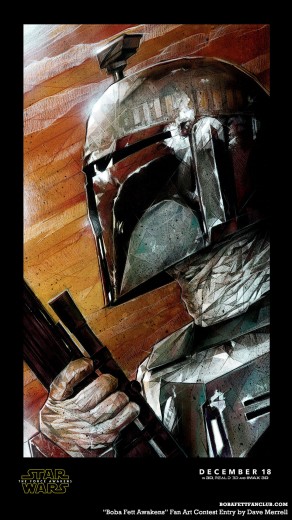 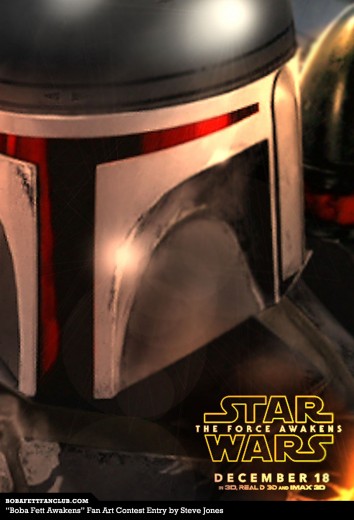 Contest Entry by Steve Jones
Country: United States
Statement: This is a modified photo of a fan made Jango Fett costume. I edited the original photo over 10 years ago into various Mandalorians. One of the most popular variations was this “Shadow Fett.” I think this concept would look good with Kylo. 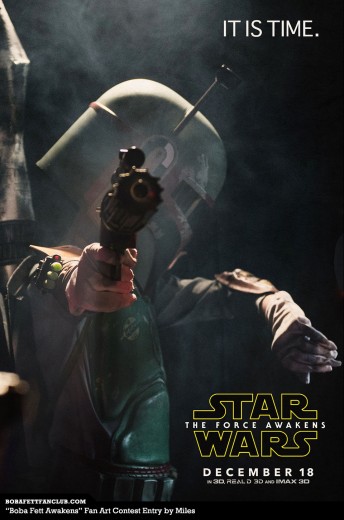 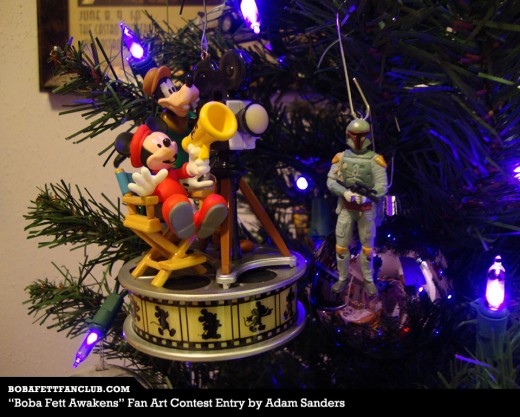 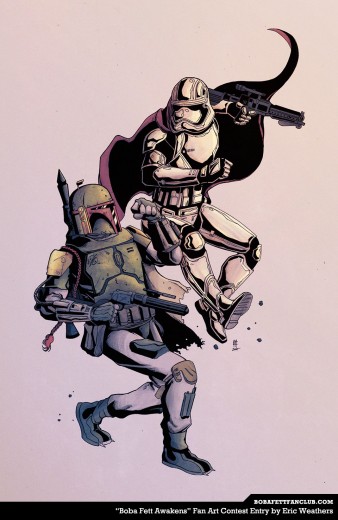 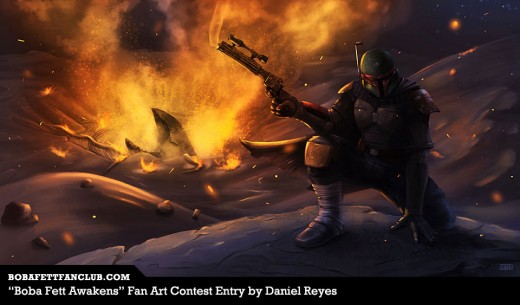 Contest Entry by Daniel Reyes
Country: Ecuador
Statement: Boba Fett, the bounty hunter, was not killed when he fell into the Sarlacc. He was trapped there for almost 30 years.Thinking, meditating, coming up with a plan to scape the gargantuan beast. Now finally free, he’s about to face the ones that doomed him. 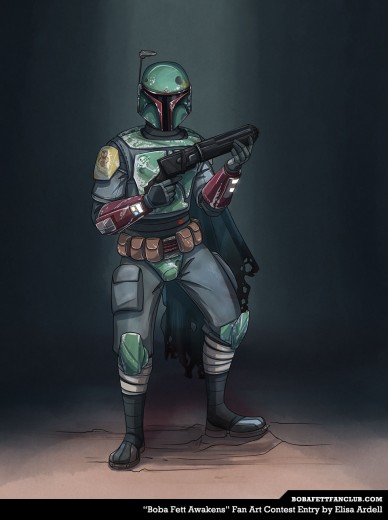 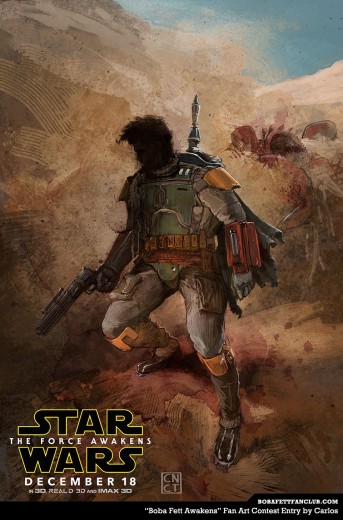 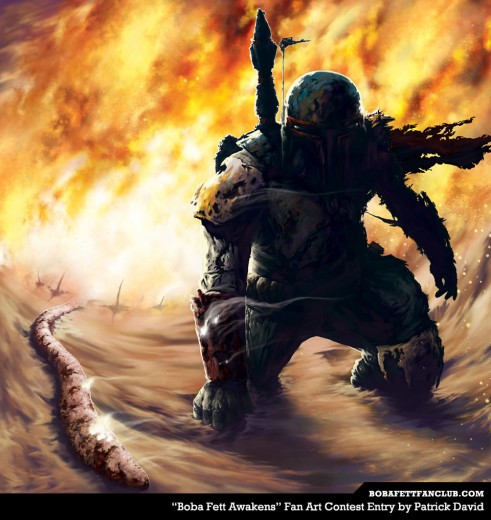 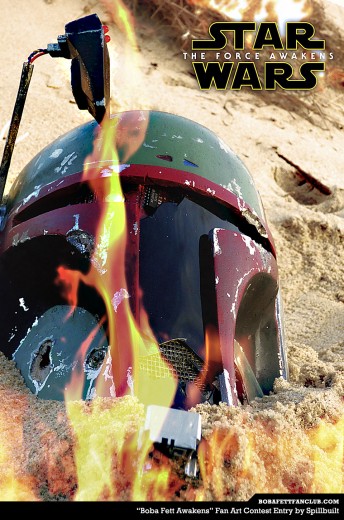 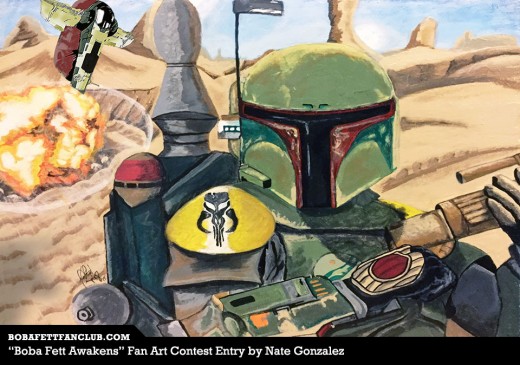 Contest Entry by Nate Gonzalez
Country: United States
Statement: This piece is called “Escape” and it takes place not too long after Boba fell into the Sarlacc Pit. He’s just escaped and is now finishing off the disgusting creature with his ship Slave One. Boba and scenery are painting by me and the imaae of Slave One is a sketch I did that I rendered in Photoshop. 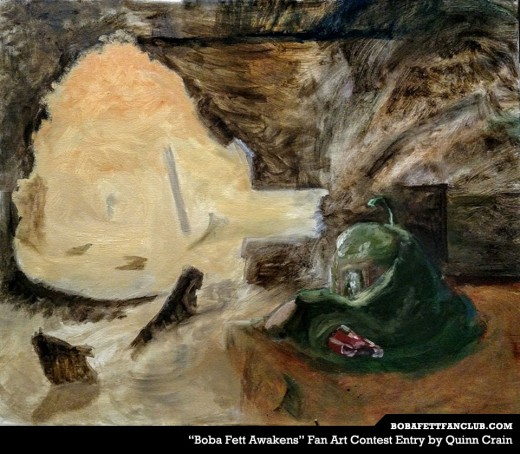 Contest Entry by Quinn Crain
Country: United States
Statement: “Into Obscurity” aka “The Fett Awakens” is oils on 18x24in canvas. The interlude on Tatooine from “Aftermath” served as inspiration for this piece, being that a mysterious set of Mandalorian armor with acid burns is found among charred parts of a sail barge. Here, the set of armor is nestled inside the ruins of a sail barge before it is scavenged, charred and bleached by an explosion. A hole ripped into the side of the barge serves as a “door” into the outside, a sandstorm sweeping in… a faint figure walks into it, and into obscurity. 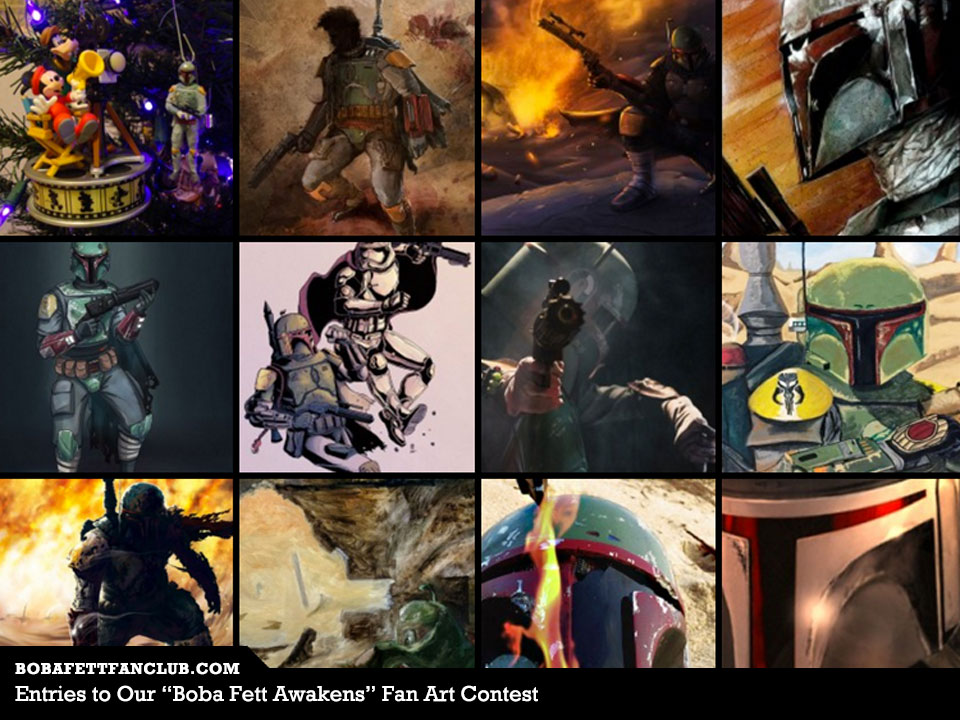