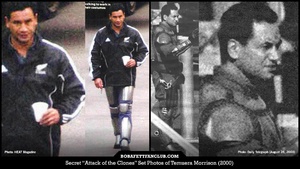 #FlashbackFriday: 20 years ago this month, secret set photos of Temuera Morrison were published, leaking clues about #JangoFett in advance of #StarWars: Attack of the Clones, which was filming at that time

With unconfirmed reports of Temuera returning as a Fett in #TheMandalorian, we'll have to wait and see what's true and what's not

Fun fact: we've hosted these two shots, which were published in HEAT Magazine and Daily Telegraph, ever since then in our massive image galleries 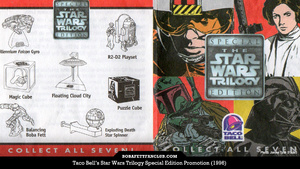 Helmet nod to BFFC fan Jimmy Tyler for the scan 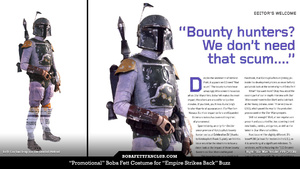 #FettFriday: To promote "The Empire Strikes Back" coming out in 1980, they had three #BobaFett costumes available for fan events and promotional photo shoots. 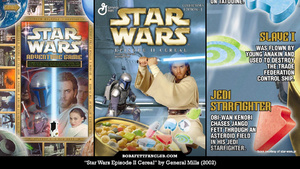 The box featured #JangoFett and #ObiWanKenobi and included an adventure game (left) and true/false trivia (right). 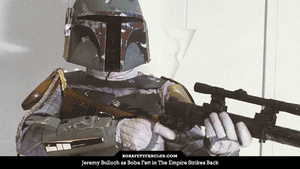 #FettFriday: Jeremy Bulloch as #BobaFett in The Empire Strikes Back

This scan comes from "Star Wars Authentics" by Topps, the new official photography partner for Star Wars events. Perfect for autographs or just hanging up on the wall, there are currently 8 options with Fett including this one: http://bit.ly/2hZmsKO

As you can see, #BobaFett can jump in and fly out unharmed -- unlike any other player in the game. (Helmet nod to 4PRO360 for re-capturing this moment for us in full res. Another helmet nod to BFFC contributor Quinn Crain for letting us know about this trick when the game first came out.)

#FlashbackFriday: "#BobaFett's on my trail!" In this board game from 1980 called "Hoth Ice Planet Adventure Game," did you know it took 7 or 8 "Force" cards to battle Boba Fett? The bounty hunter also appeared in illustrated form on the instruction manual for the game.

Helmet nod to #TheDentedHelmet who shared an image from this treasure yesterday.