Retrospective on The Clone Wars: Was Young Boba Fett To Be In More Episodes?

In the thank you to the fans by Dave Filoni, posted today on starwars.com, there’s a lot of behind-the-scenes sketches from the writer’s conference. 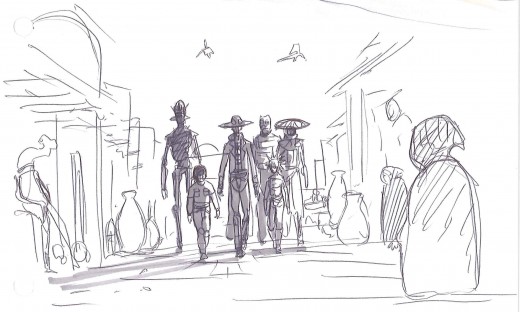 Matt Michnovetz, the writer of the bounty hunter storyline in the show, was also rumored to have written a wrap up for Young Boba Fett. That effort didn’t make it into the final season, which came out last Friday morning on Netflix.