“SpoilerMan” is the name of a 4chan user who claims to be associated with Lucasfilm. He has posted three threads of spoilers regarding “The Force Awakens,” in which raptorman76 on Reddit amassed into a simple, bullet-by-bullet format and which gained more exposure to this leak. We investigated the original 4chan thread, which isn’t linked in the Reddit summary, and it gave us more information.

Now, sometimes rumors like this get debunked very quickly. For example, Pablo Hidalgo at Lucasfilm’s Story Group, quickly dismissed the recent “missing episodes” storylines for “The Clone Wars” that were rumored to be a leak. To our knowledge, these “The Force Awakens” plot points — which have been spread via Reddit — have yet to get any debunk. That said, the silence doesn’t mean it’s true.

The first mention of Episode 7 spoilers began on this November 30th thread on a 4chan site (link not appropriate for all ages due to profanity; otherwise SFW). There is no mention of Boba Fett, besides comments from different users speculating.

However, today, on this December 3rd thread on a 4chan site (link not appropriate for all ages due to profanity; otherwise SFW), the user brings up Boba Fett:

There were a couple of things Disney got from the Del Rey / Bantam books, and considered it legit.

His short story from the Del Rey Jabba’s Palace story collection is assumed to be how he escaped.

If this is true, this would begin to define what is canon. When Disney bought Lucasfilm, the Extended Universe was thrown out and a Story Group was created. This kind of connection would highlight what’s kept and what’s thrown out.

Episode 7 has yet to confirm any involvement with Boba Fett. Only the timeline of when “The Force Awakens” takes place would mean Boba Fett is around 60 years old and would then make canon that he survived the Sarlacc.

To see how this news fits into the larger picture, follow the trail at our Fett Fact Check: Episode 7 one pager.

(Additional reporting by Lucas McCoy. Helmet nod to @AgeOfMyself for the head’s up and additional research.) 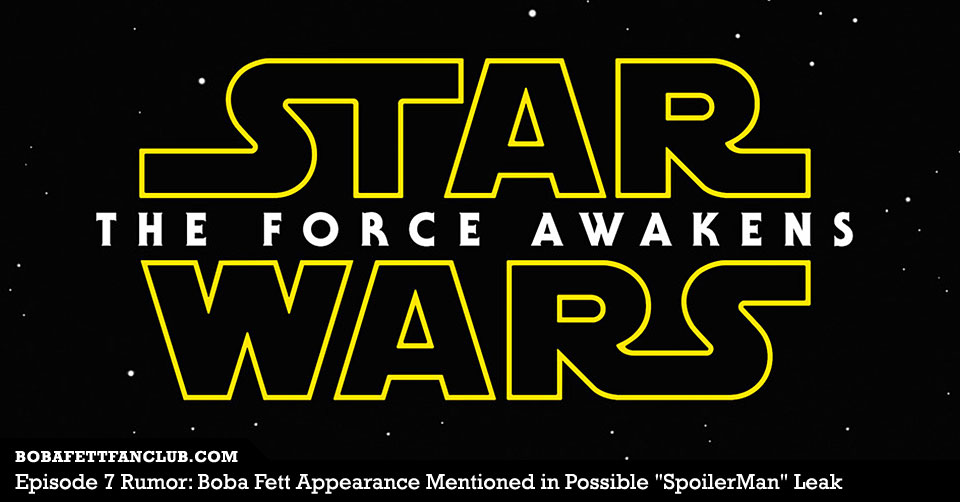