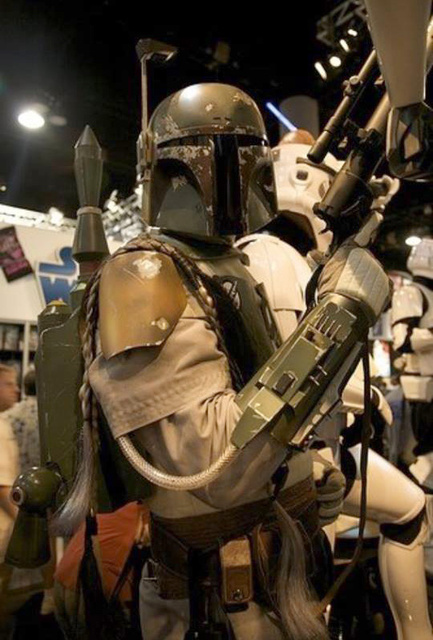 You can usually find me lurking around on The Dented Helmet, RPF, MEPD [Mos Eisley Police Department], The 501st Legion and The Rebel Legion boards to name a few. I go by “Bountyone.”

After seeing A New Hope as a kid I was blown away! Just when you thought it couldn’t get any better, The Empire Strikes Back was released and, to this day, it remains my favorite movie of all time. I became obsessed with Boba Fett and remember taking empty toilet paper tubes as a kid and tried to copy his armor. I thank the Dented Helmet for making my life long dream a reality.

The short cameo with Jabba in A New Hope got my attention but his role in Empire became my obsession!

I’d have to say being selected to play Boba Fett in a commercial for Lucasfilm and Spike TV. What an amazing and fun experience that was! 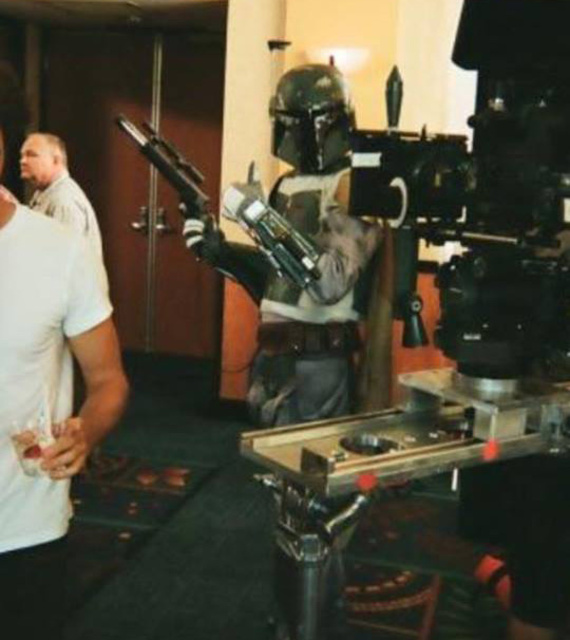 The biggest challenge for me was finding armor to fit my 6’4 frame. I enlisted the help of Jeff “WickedBeard” Cochran to help me with this task. Jeff had built my armor out of thin gauge steel with 1/4 foam backing. Everything on my suit from the shoulders to the knees was metal.

I tell others to do their homework. Study the character and screen shots. Check resources. Your work is a reflection of you. Don’t settle for average! The smallest details leave the biggest impression.

Too many to list but my top three would be the Hoth battle in Empire, Darth Maul & Obi Wan’s fight scene from Phantom Menace (Duel of Fates just gives me goosebumps) and Han & Leia’s kiss (yeah, I’m a softie). 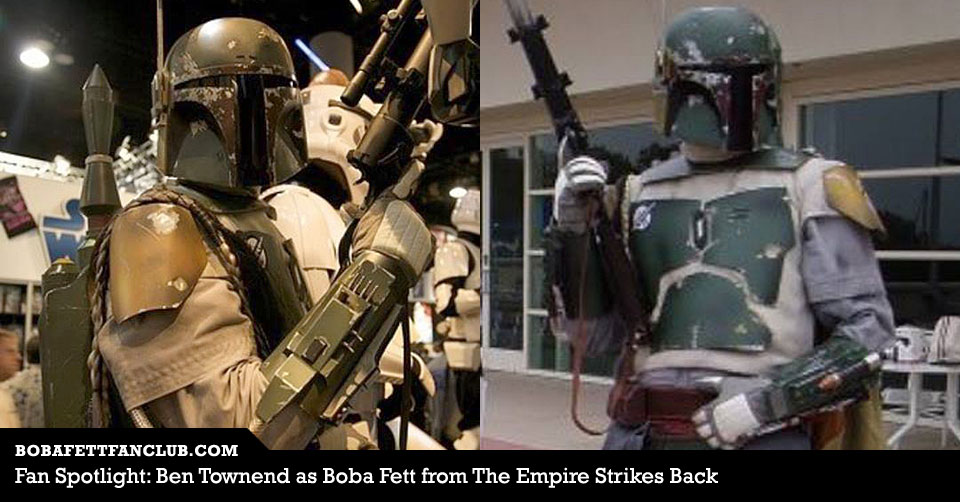