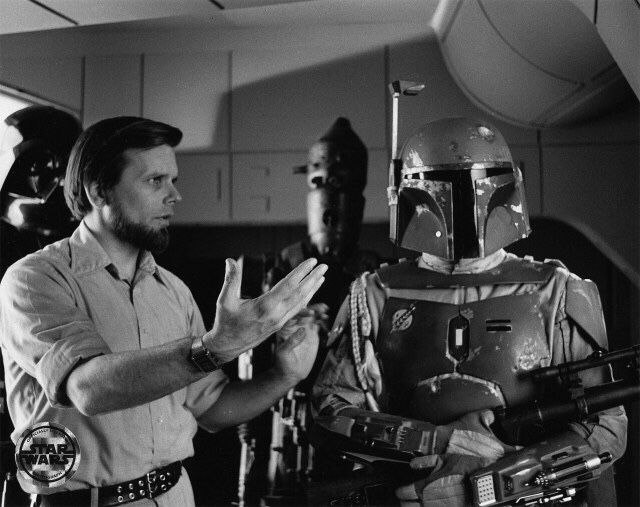 Jeremy shared with us the following:

Although it was a long time ago I do have fond memories of Gary Kurtz – he was a pleasure to work with and there was always a lovely atmosphere when he was on the set.

Along with Irvin Kershner, Kurtz met Jason Wingreen when he did the original voice-over for Boba Fett. 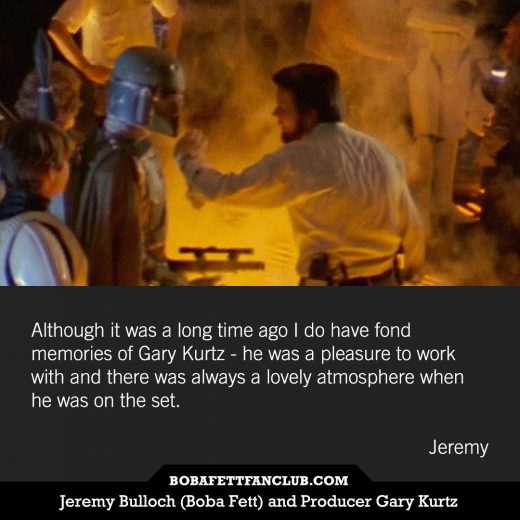