Announced at Star Wars Celebration Chicago. SDCC 2019 exclusive for $24.99 (although StarWars.com says $27, so including tax presumably).

According to sdccblog.com, via Hasbro, it "may be available at other select conventions in North America, South America, Australia, and Europe", as well as select retailers in Asia.

As of June 2019, we know it will also be available through Hasbro Pulse online on September 9, 2019.

With his customized Mandalorian armor, deadly weaponry, and silent demeanor, Boba Fett was one of the most feared hunters in the Star Wars galaxy.

In 1979, Kenner created a Boba Fett figure based on photos taken of early costume tests, before the character appeared on screen in Star Wars: The Empire Strikes Back. The entire line was refreshed in 1980, and Boba Fett's coloring and package art were updated to match the rest of the movie's line. The character became a fan favorite. Now, Hasbro brings back Kenner-inspired coloring and art with Black Series detailing for a premium figure that embraces the legacy of the Star Wars saga.

Celebrate the 40th anniversary of Star Wars: The Empire Strikes Back with premium action figures from Star Wars The Black Series. (Each sold separately. Subject to availability.)

HE's No goOd tO me DeAd 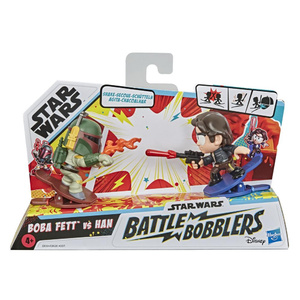