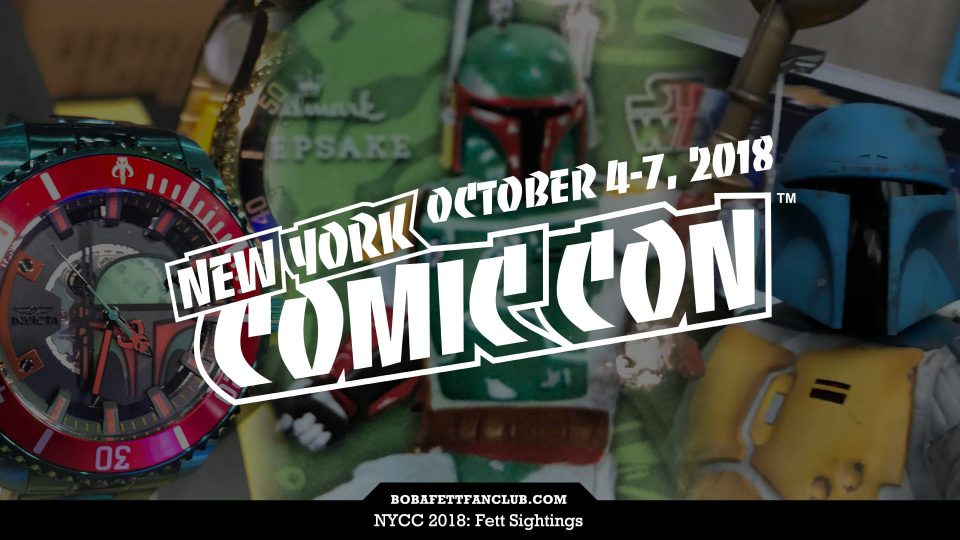 They were also giving away a free Boba Fett pin on the first day, which they also did at SDCC this year:

Same one as their one-day Fett pin at SDCC.

More info about the red one: https://t.co/bR5fYfHMTI

Cosplayer and costume maker Wasted Fett went as a Holiday Special Boba Fett. Here’s a video he shared on Instagram:

Bottleneck Gallery had a new Boba Fett print on display:

"Return of the Jedi: Skywalker Returns" by @kfitzgeraldart featuring #BobaFett

Artist Darrin Pepe shared that he was doing Boba Fett sketches at the show:

Hey Star Wars fans! I will be a the NYCC Topps Booth #454 on Friday Oct. 5th from 4-5pm. Drawing Boba Fett sketches. Only 30 sketches will be created! So, get in line now!! ?? #topps #nycc #bobafett #starwars #sketch pic.twitter.com/fC8AzM0whh 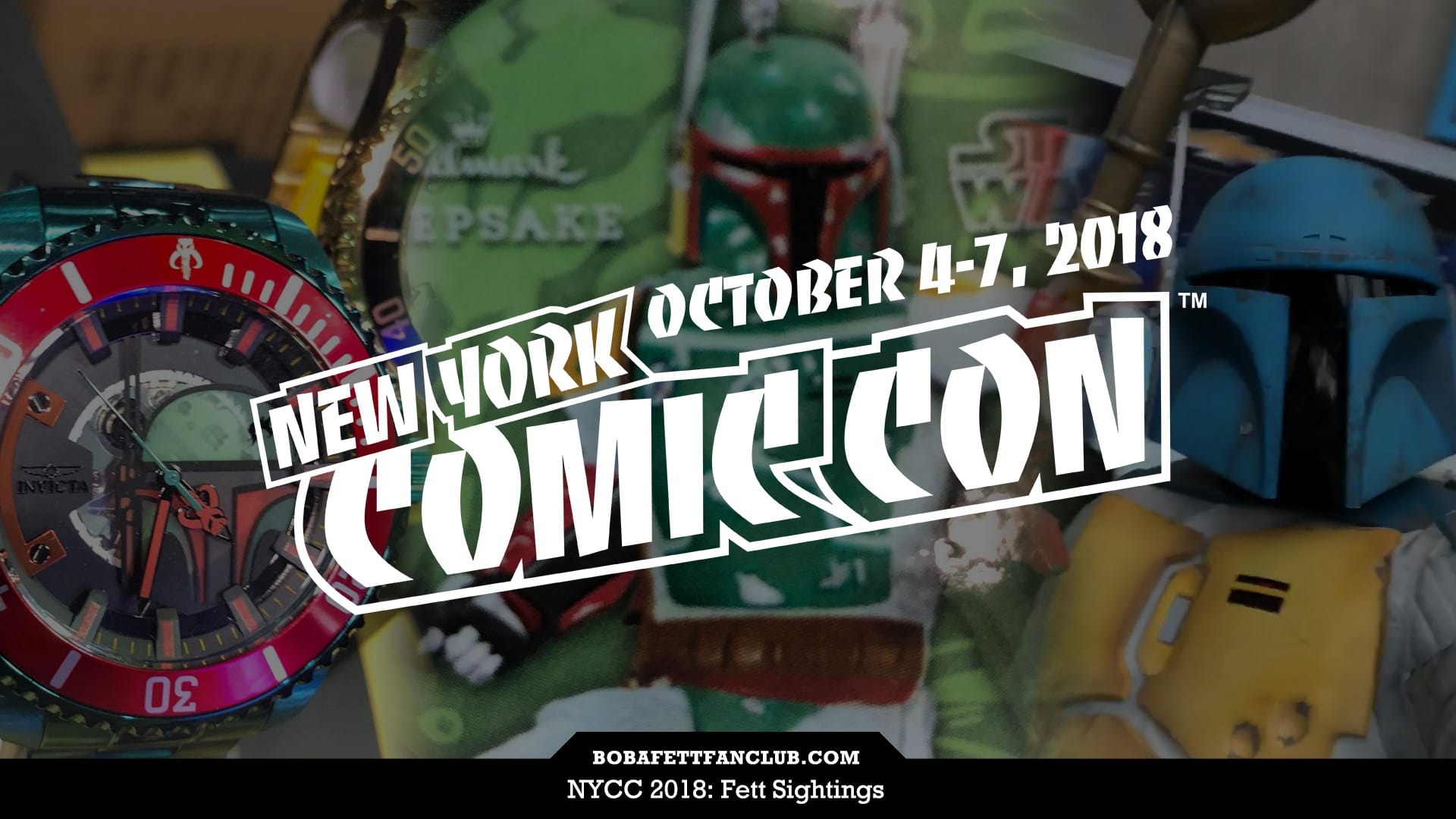