[Editorial] Lucas: Stop While Ahead? 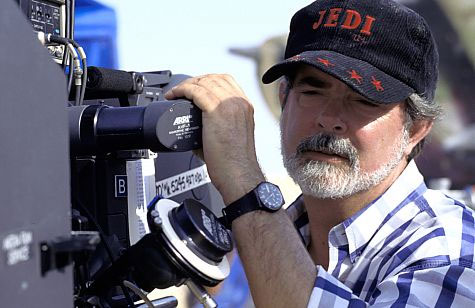 Star Wars is undoubtedly the most popular trilogy that has ever hit the big screens. A New Hope, The Empire Strikes Back, and Return of the Jedi are three consecutive movies that have recieved extremely high ratings and praise by critics and fans alike. The question is – should Lucas continue making Star Wars movies?

There are many movies that have been greats, then have had their legacies ruined by a Part II and Part III. Of course, the director then panics and tries to compensate by making a Part IV, which ends up being the worst of them all. For example, Karate Kid 1 was very well rated, then its predecessors were…frankly, horrible.

Lucas recently made the Phantom Menace, which was fairly well done in my opinion (not as good as the classics, of course), but it still one of the nominees for the year’s worst movies! He is now immediately releasing another Star Wars movie, Attack of the Clones. It certainly looks interesting with all the new characters and such, but is he trying to rush out more movies before his career as a director retires? Is it really such a good idea to extend a this classic trilogy?

Attack of the Clones is beginning to show some signs of…”desperation” in its storyline. The entire storyline is almost revolving around love, which is unlike his other movies, quite frankly. Love was just a sideboard in his other movies, but hey, maybe something new is good once in a while. Don’t misinterpret what I’m saying – trust me, I’m gonna watch every last Star Wars movie Lucas pumps out no matter what it’s about – but we all hope that the Star Wars legacy will end on a good note. Don’t go from making a dream into a money making scheme, George – and good luck with the rest of your films!