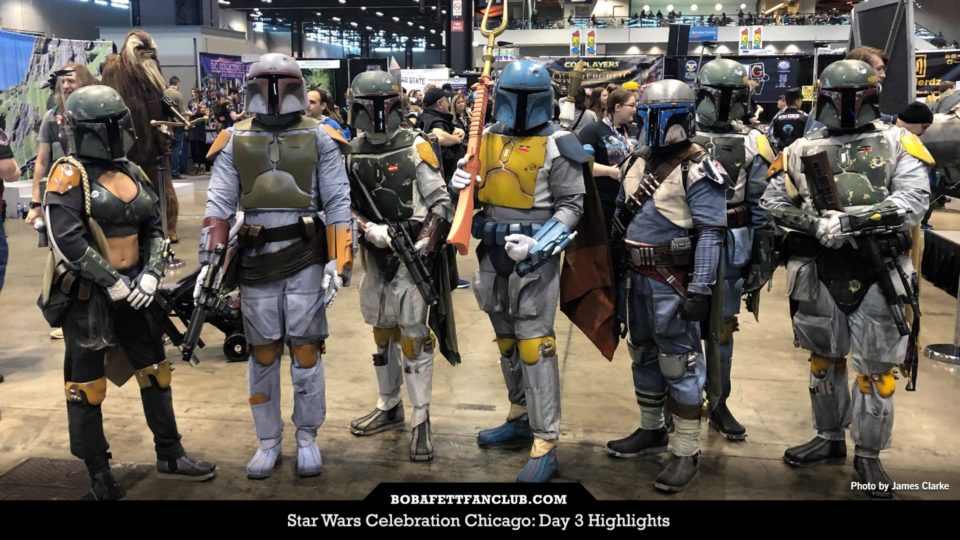 Even with an overall slower news day, a lot of Fett-worthy things happened today. Here are the highlights of day three of SWCC.

The Marvel panel included a shout-out to the new Boba Fett one-shot comic, coming out in May. This was the first time seeing final artwork, after the illustrator has been non-stop sharing his B&W work on Twitter.

#SWCC: Sneak preview of the final art for Marvel’s one-shot #BobaFett comic coming out next month, in the Age of Rebellion series

BFFC contributing editor Daniel Lo caught up with several artists at the Acme Archives booth, including Joey Spiotto who had a piece with Boba and Jango Fett.

#SWCC: "The Force Unites Us" by @JoeySpiotto at the @AcmeArchives booth

James also spotted two cosplayers who were clearly inspired by the recent Tamashii Nations “Ronin” series, where Boba and Jango Fett look just like this.