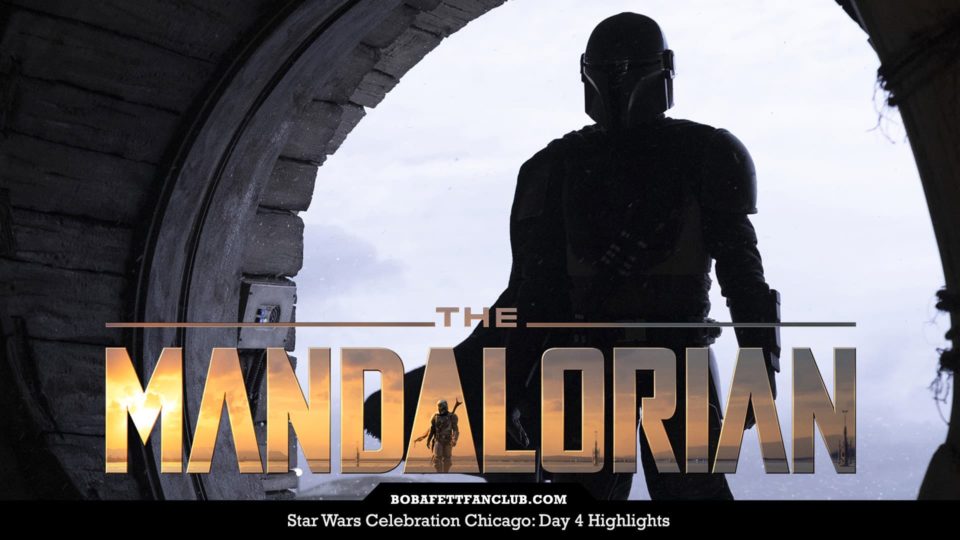 The morning began with “The Mandalorian” panel. Even though the official synopsis said the story takes place after the Fetts, we appreciate all things Mando like most Fett fans.

#SWCC: #TheMandalorian panel is about to start! pic.twitter.com/8mPBuP1dzz

Our friend Matt at Fantha Tracks got to run into the head honchos at Lucasfilm before they ended up on stage.

The online stream went to black as attendees got to see one of two secret videos, showing off the new show. Because the clips did not end up officially uploaded, we opted to share a still rather than cell phone video. (Many “bootleg” uploads exist on YouTube, Instagram, and elsewhere.)

#SWCC: At #TheMandalorian panel, they just showed a sneak preview of the TV series with some footage, interviews, and behind the scenes montages. It was not part of the live stream. The Mandalorian character is very Fett-like: a bounty hunter, making his way in the universe. pic.twitter.com/pBfX0Fg0vo

For “The Clone Wars” panel in the afternoon, Daniel Logan was expected to be a guest, as the final season should revisit some unfinished episodes with his role as Boba Fett. But it seems like the plan changed as he wasn’t on stage. (He’s fine and well. Things happen. Hopefully the Fett episode airs.)

As for other Fett sightings, we caught up with Danny Haas, showing off his Boba Fett and Jango Fett pieces.