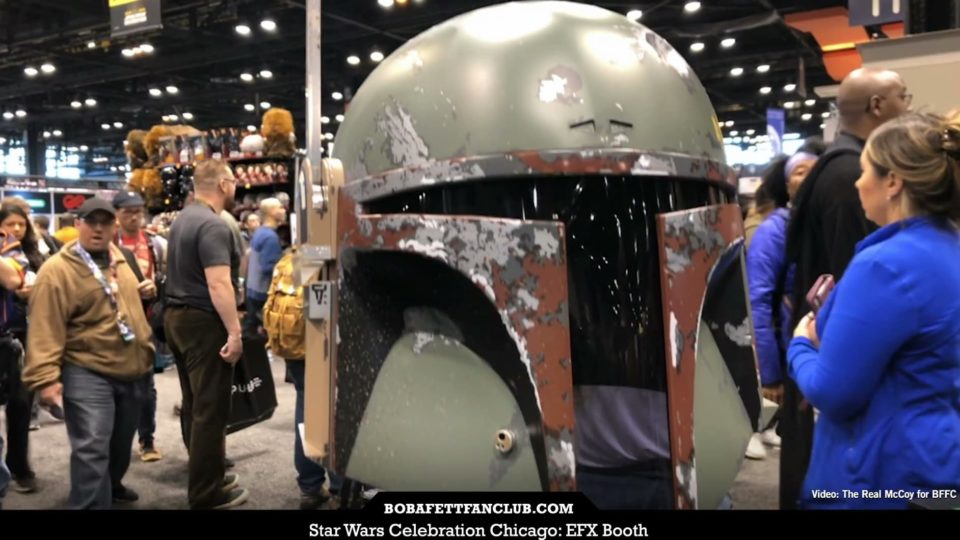 On day two of SWCC, we spoke with EFX president Bryan Ono about their brand-new 1:1 scale
Boba Fett helmet, revealed day one of the convention. He shares inside info on the details and process.

At the Hasbro panel, they announced a “Kenner” Boba Fett for their Black Series line. It will be an SDCC exclusive later this year.

Will be an SDCC exclusive

“Star Wars: Galaxy of Adventures” posters were being given out and BFFC contributing editor Dan Lo got one. You can see they include Boba Fett, so maybe he’ll be getting a cameo in the animated series.

#SWCC: Giveaway poster for #StarWars #GalaxyOfAdventures, given to some convention attendees

#SWCC: So this happened today.

Cosplayer: JillenniumFett (Instagram) wearing custom “Femme Fett” armor made by @WastedFett, whom you can contact for custom orders