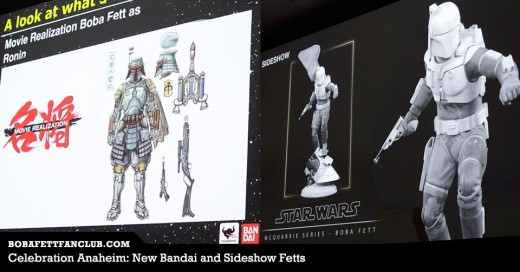 1. Bandai’s high-end line has a new series of Ronin influenced Star Wars figures, including a Boba Fett. This is an exclusive announcement and photo from Celebration.

UPDATE Pop-Critica.com got a hold of Bandai’s presentation file, which allows for a more straight-on view of the slide: 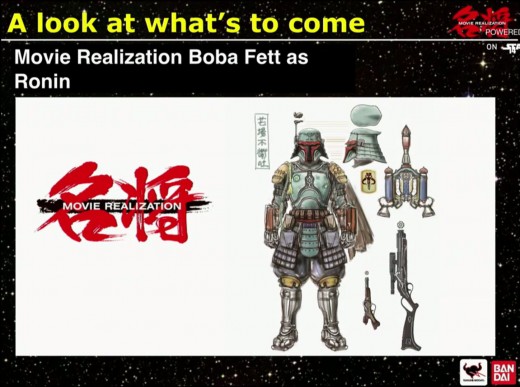 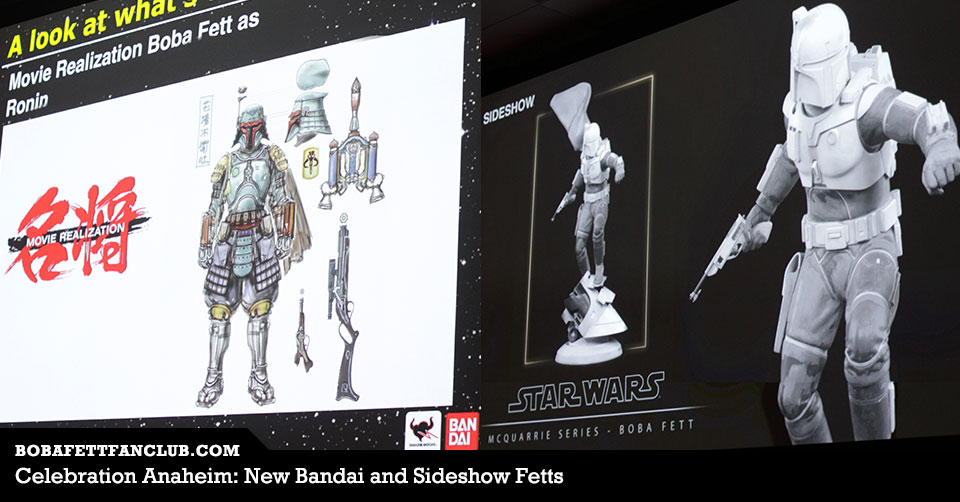