Many dressed up in Boba Fett apparel and many more got to see a Boba Fett cosplayer along the way. (If you’re curious about the Fett-styled fitness shirt that many of these runners are wearing, we have more information about it and where to buy it.)

Here are some of the photos we enjoyed — via our Instagram, Tumblr, and Twitter accounts — that were shared on social media. runDisney, who puts on events like this, suggested some coordinated hashtags (#starwars5k, #starwars10k, #starwarshalf, and #rebelchallenge) which many people used.

Have any more to add? Give a shout out in the comments!

We made up after the whole freezing me in carbonite thing. #starwars #starwarshalfmarathon #bobafett #hansolo #morethan12parsecs

Fett fans at the #StarWars10K. 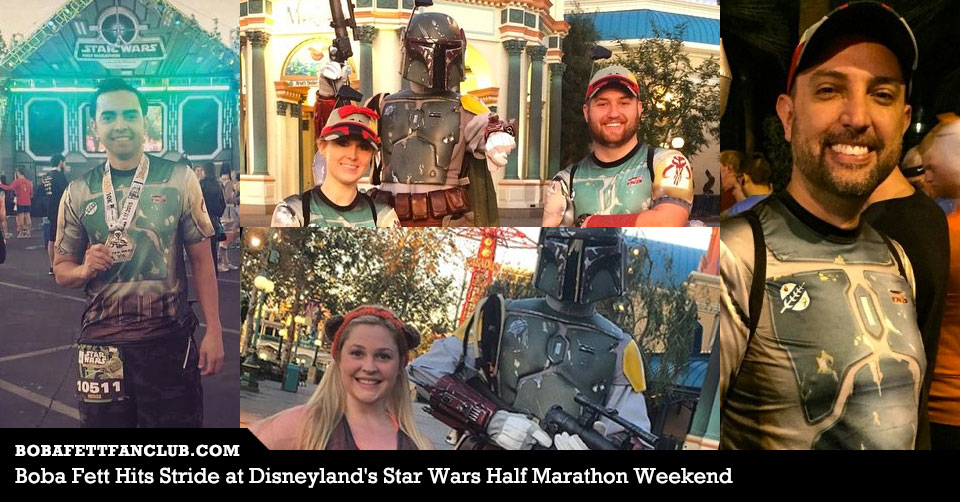