Live from Toy Fair 2017 today, our friends at Jedi Temple Archives broke the news that a new Hasbro Black Series 3.75″ wave will include a Walmart exclusive Prototype Boba Fett!

The last Black Series Prototype Boba Fett was in 2014, stood 6″ tall, and was a Walgreens exclusive.

According to Yakface, this line is actually re-packs of previous 3.75″ figures, which include already an older Prototype Boba Fett from 2011, which is already a re-paint of their 2004 Boba Fett (VOTC) with a belt/holster piece from a 2007 Fett.

Helmet nod to jeradchil on Twitter for the heads up and Kelton Slaton on Facebook for the re-pack points.

An official press photo has been released: 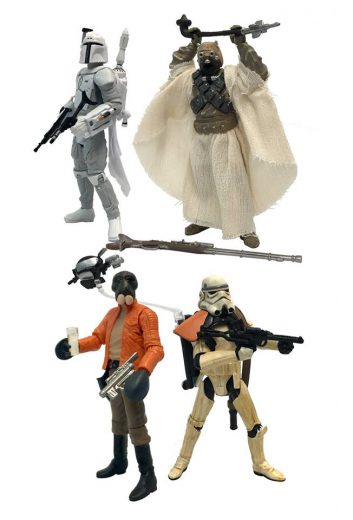 It’s due to be released this Spring. 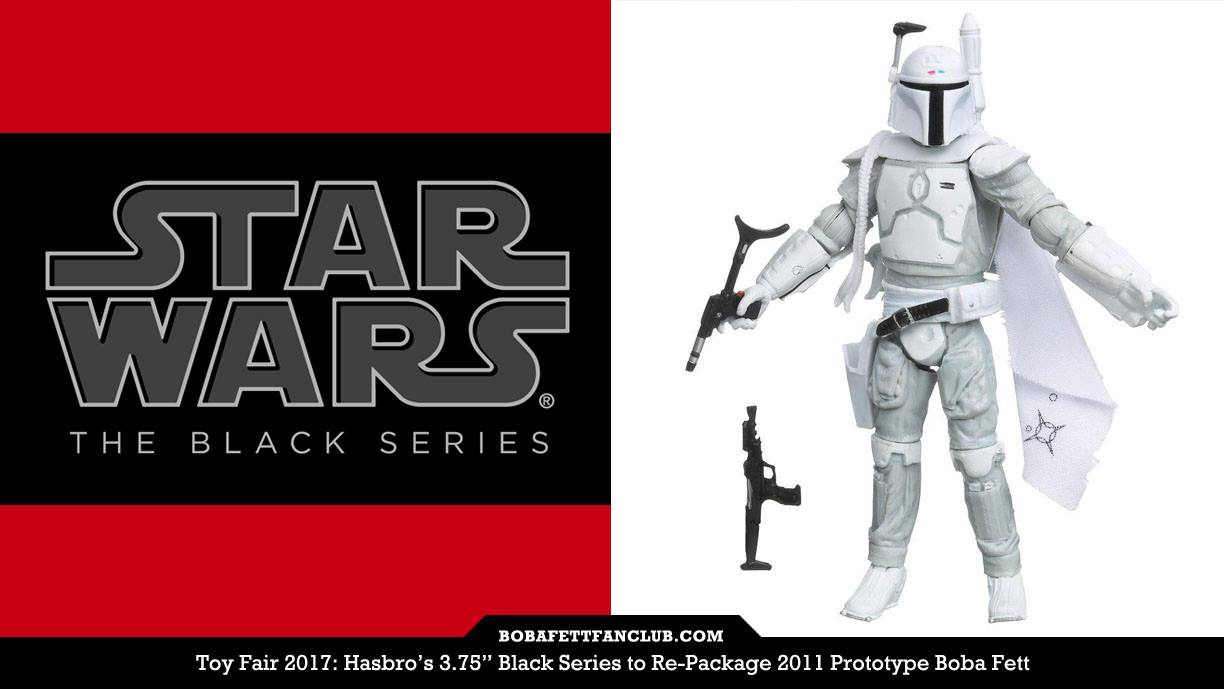