Star Wars Day (May 4) has an unusually high amount of Boba Fett collectible releases this year, even though he’s not in any of the recent films. We’ve put together a to-the-point guide to help you on your quest for any or all five bounties.

Please feel free to bookmark this page as we’ll be updating it frequently, especially at 12:01am PST on May 4th with direct links to Disney’s mobile and desktop sites (which sadly use differently URLs).

UPDATE: In the first hour of inventory coming online, we’ve had 1) an item sell out and 2) the website’s database/processing functionality crash. Thee you have it, Boba Fett fans.

While this 6.5″ Boba Fett figure was released early in Milan, Italy and then throughout Europe, May 4th is the official store and online release for the U.S. and Canada. At 12:01am Pacific Standard Time, he should be online at DisneyStore.com. In the past, the Fett figures have sold out within 6 hours and never re-stocked, so the same could happen again. 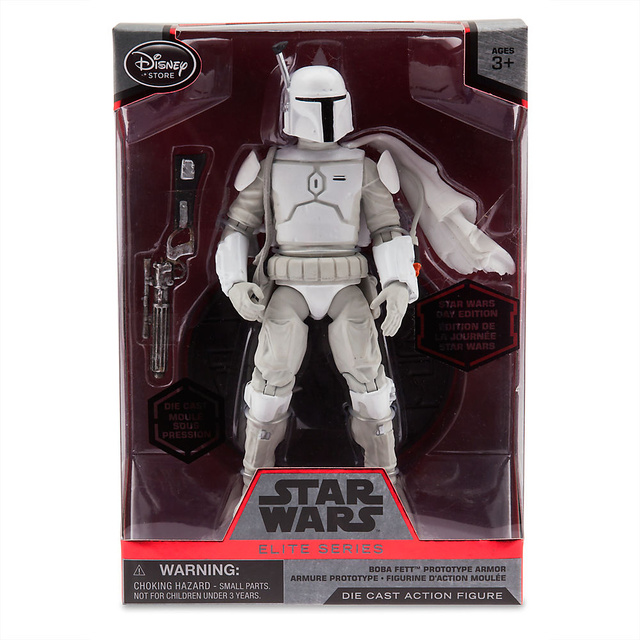 Two have already been released, but now we’re getting a large “classic” one plus a new “Battle Boba Fett” look in medium (11″) and small (3.5″) scale for these popular stuffed plush figures. 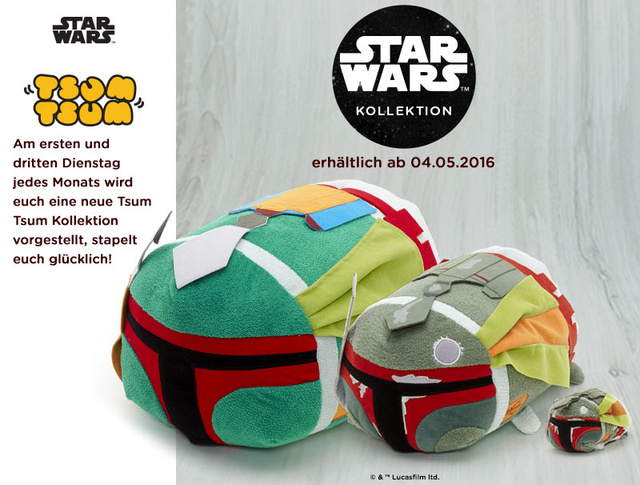 Initially available May 1st in stores, May 4th is your second and last chance to get this one for nothing. It’s being given to the first 50 customers are most Disney Store locations in the U.S. and it’s free with purchase (of something else, no matter the cost). 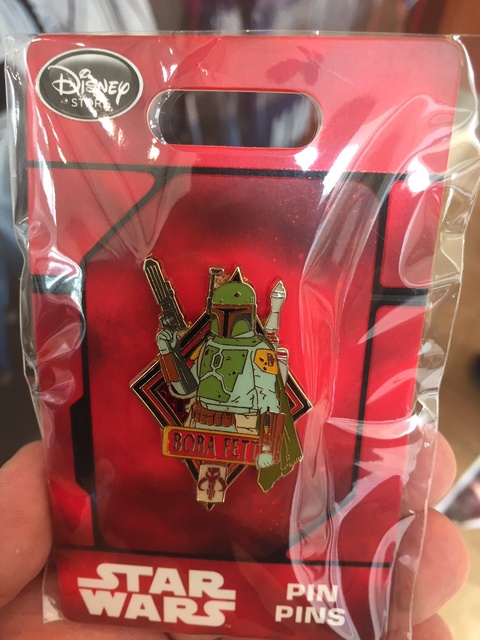 One of two Disney Store items with very little information available. We know this premium figure is not part of their Elite Series line. We know it has an illuminated base. We anticipate it will be $150-200 given previous releases of similar figures in this line. UPDATED 5/3 1:50pm: One official flyer lists this at €160, which is approximately $180. UPDATE 5/4 12:23am: It’s $150 and 8.5″ tall. 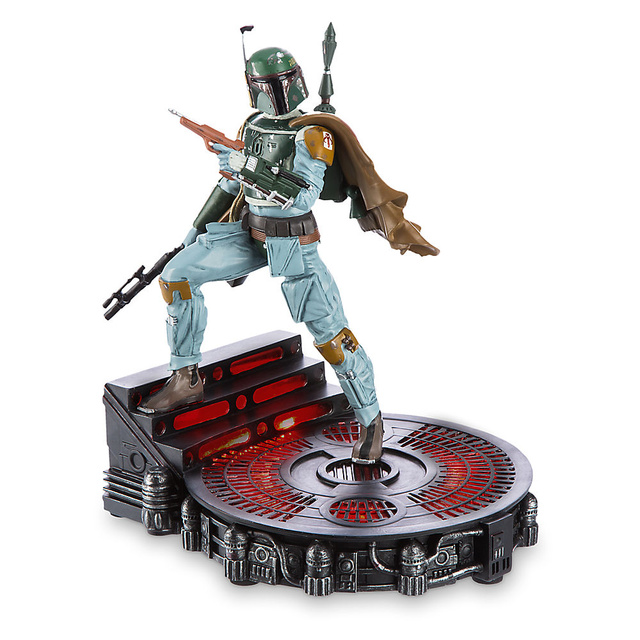 The second of two Disney Store items with very little information known. This object was also shown on the flyer. The scale and price are unknown. 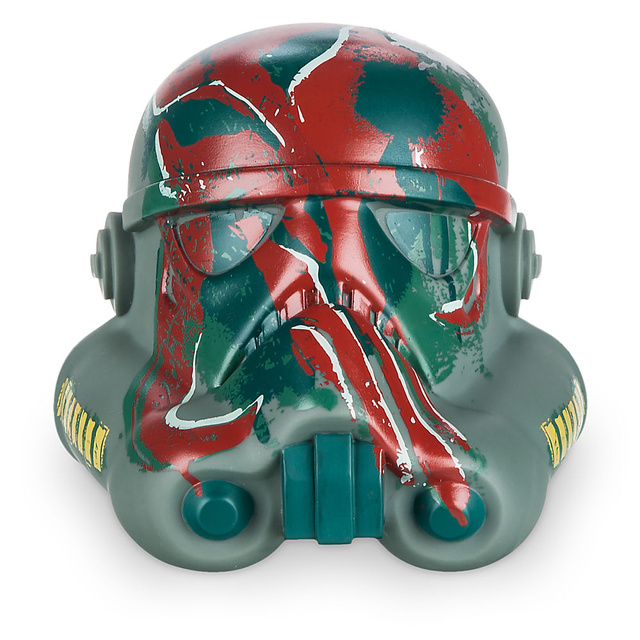 This wasn’t advertised in advance but showed up a little after midnight. 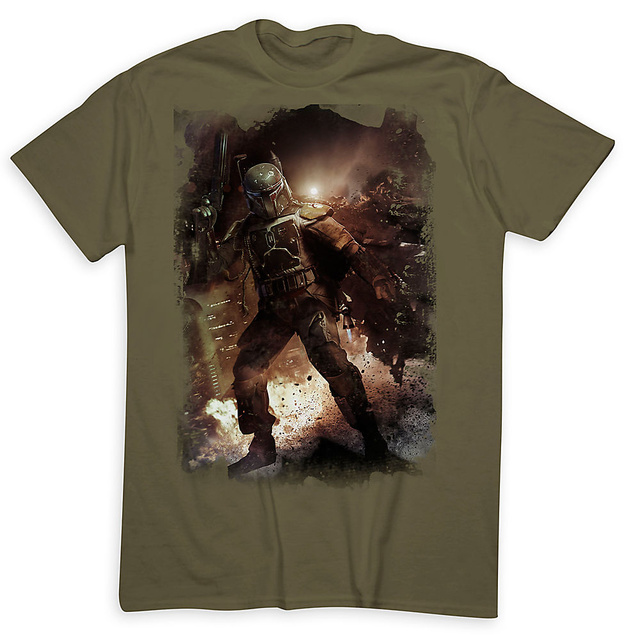 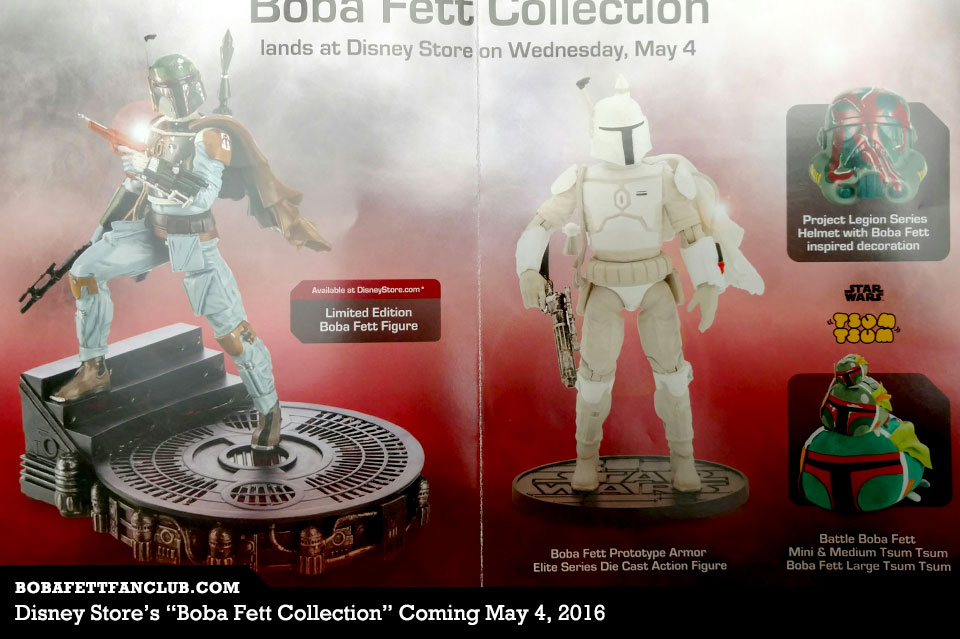