“Sarlacc Goo” Fett only at Wal-Mart

Issue #81 of Marvel Comics’ Star Wars had Boba Fett escape the Sarlacc Pit. 23 years later, the comic is now being republished to go with two new action figures. The Boba Fett figure, nicknamed “Sarlacc goo” for the paint job effect, is packaged with the RA-7 droid.

The storyline — written in 1984 by Jo Duffy and illustrated by Ron Frenz, Thomas Palmer, and Tom Mandrake — has Boba Fett rescued by Jawas in the Tatooine desert. Why is Fett with a droid instead of one of these awesome Jawas? If only the licensing department got in touch with the fans… they could have sold a lot more of these.

All of this is part of a whole series of “30th Anniversary” Star Wars action figures, paired with a classic comic book, re-published by Dark Horse Comics. Other sets include:

This two-pack is only available at Wal-Mart and, in due time, unofficially on eBay.

Our Bounty database has more about the original Star Wars #81.

Also related, one artist named Emily has a “Sarlacc goo” drawing she shared with us: 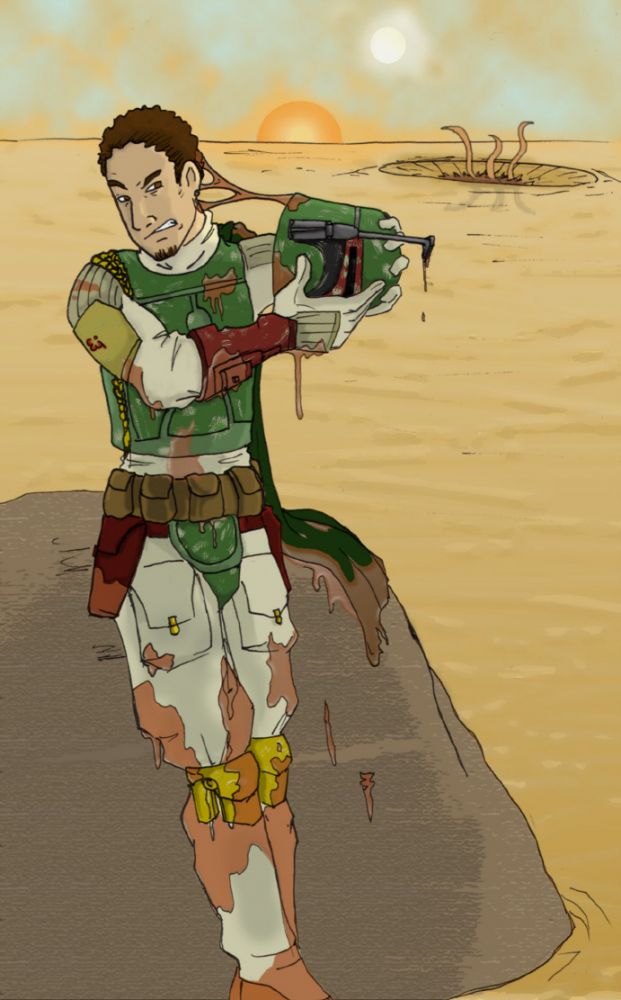