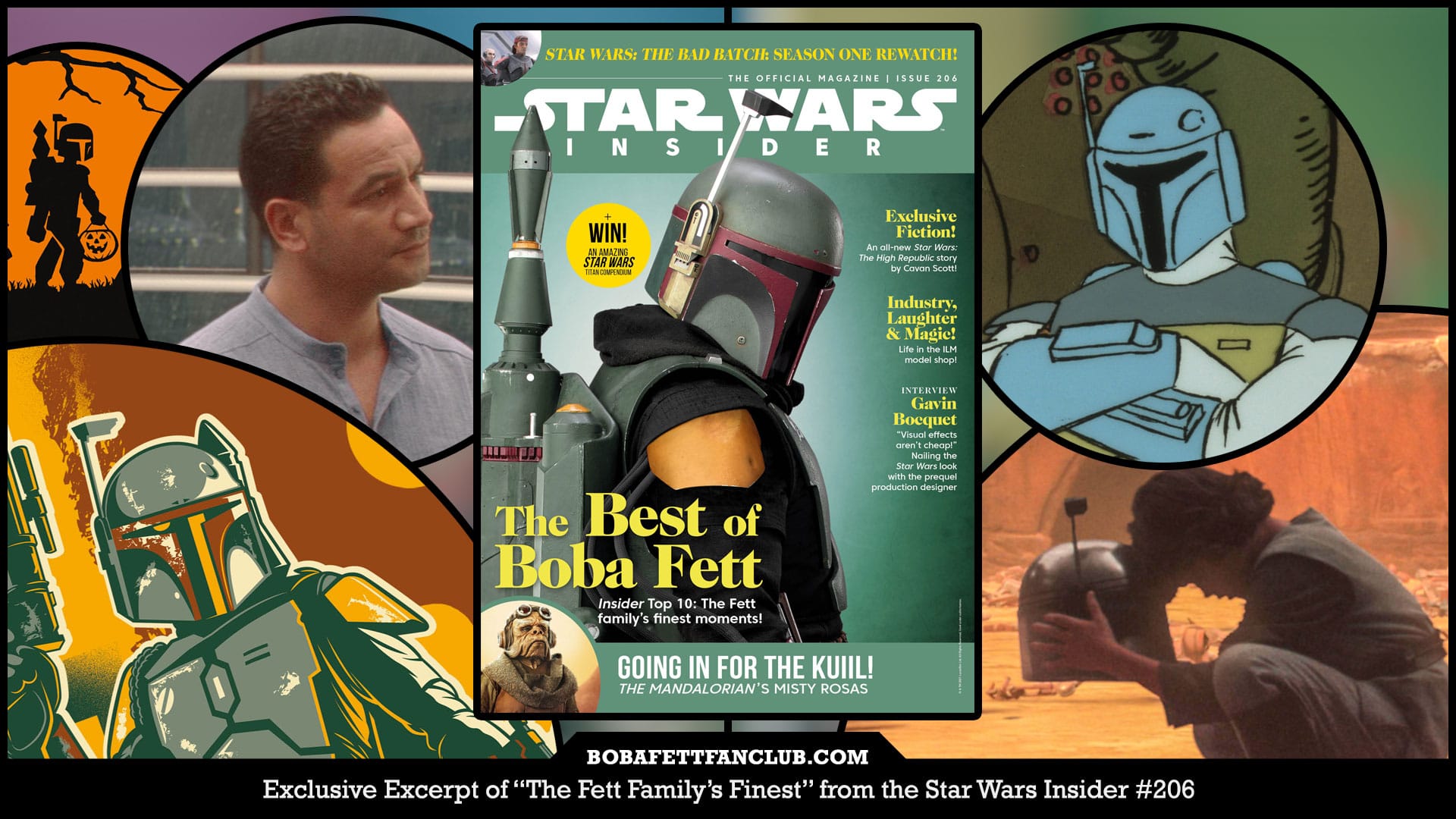 Available Tuesday, November 2, Star Wars Insider #206 is filled with must-have Fett content — from the four variant covers to the massive photos illustrating content within. So cool when the publisher Titan reached out to BFFC again to run a sneak peek, this time from one of their articles. They’re letting us share an exclusive early peek at part of their top ten moments of the Fett family, as written by Jay Stobie. What a time to be a Fett fan and have content like this, perfect for revisiting in advance of The Book of Boba Fett coming to Disney+ in just 62 days.

With the premiere of The Book of Boba Fett on Disney+ approaching as quickly as the Millennium Falcon made the Kessel Run, now seems like an excellent time to reflect on the jaw-dropping Star Wars scenes featuring Jango Fett and his clone son Boba. As Insider looks back at the Fett family’s finest scenes, there’s only one rule: no disintegrations. 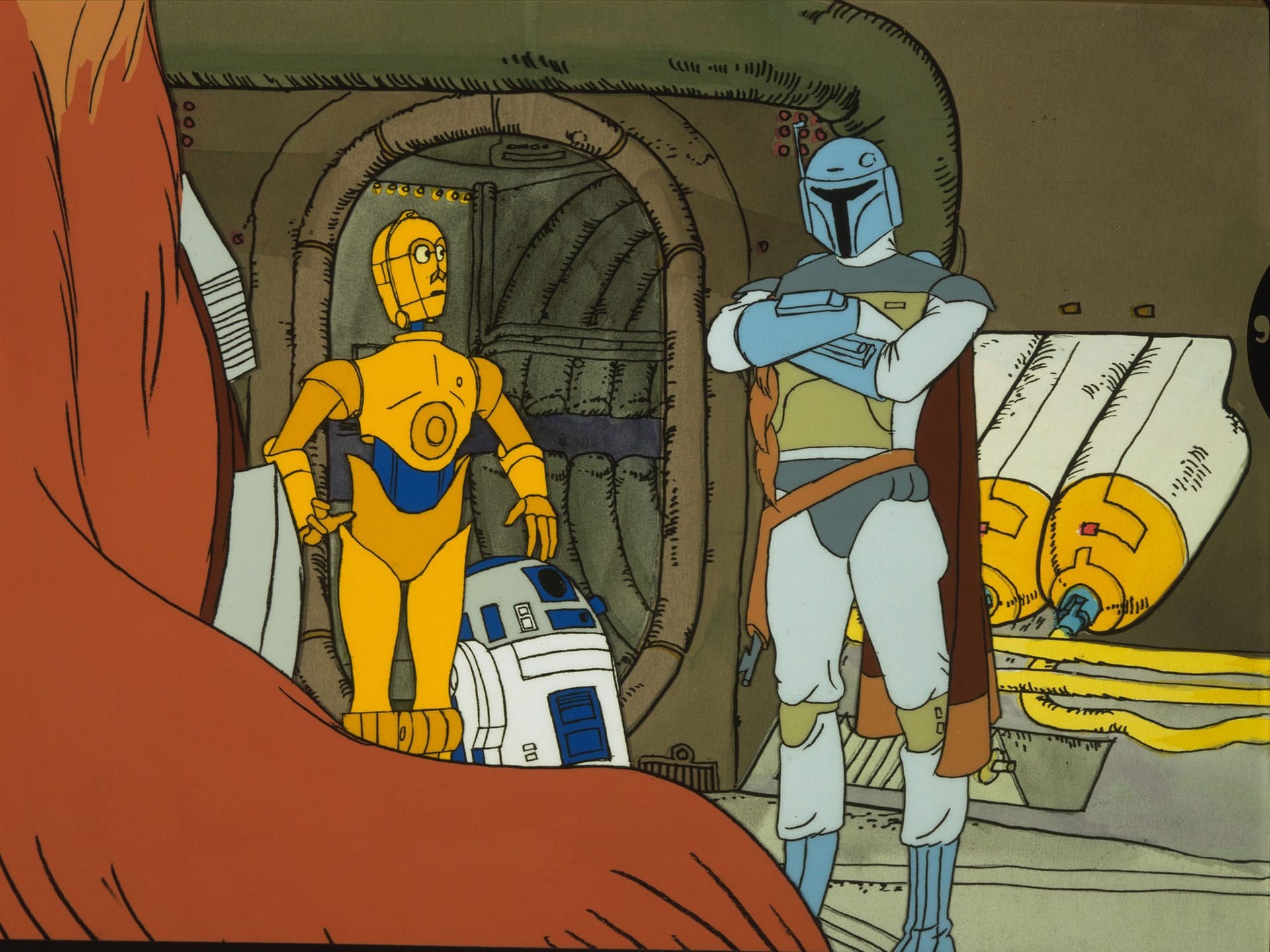 The original 1978 Star Wars Holiday Special is infamous for many of its creative choices, but one of the attributes we can all agree on was its blisteringly entertaining introduction of bounty hunter Boba Fett.

Learning that the Millennium Falcon had crash-landed on a moon, Luke Skywalker tracked down the ship, worried for the safety of his friends Han Solo and Chewbacca, only to find himself in dangerous water as he was menaced by a creature that had emerged from the inky depths. Out of nowhere an enigmatic armored figure appeared and drove the beast away, saving Luke from certain death. This was our first exciting encounter with Boba Fett, who claimed to be a friend but was actually in league with Darth Vader. With a plan to share the location of the rebel’s new base with the Empire, audiences immediately recognized Fett as a bad guy – but fell in love with the cool-looking character anyway.

An innocent question from Tuan We to a tousle-haired young boy on Kamino alerted audiences to the lad’s true identity, as we were reintroduced to Boba Fett in Star Wars: Attack of the Clones (2002).

In that same scene we would quickly go on to learn that while the boy considered Jango Fett to be his father, he was actually a genetic donor and Boba was his clone! The true magic of this breakout scene, however, came from the tense verbal stand-off between Obi-Wan Kenobi and Jango. As Kenobi attempted to subtly quiz Jango on his involvement with several assassination attempts on Senator Amidala and the origins of the clone army, the palpable friction between the pair built up in thrilling fashion, with every loaded verbal exchange as sharp as a parry between lightsabers. Jango kept his cool under the Jedi’s scrutinous glare while Boba sneakily concealed the bounty hunter’s Mandalorian armor from Kenobi, and the elder Fett stole the scene with his classic line: “I’m just a simple man trying to make my way in the universe.”

Having already fended off Kenobi on Kamino, Jango Fett was soon trading blows with another Jedi in the Geonosis arena. Jango struck the first blow with his armor’s built-in flamethrower, setting Mace Windu’s robes alight in the process, but the Jedi Master adeptly blocked Jango’s blaster fire as he charged the bounty hunter down and decapitated him with his violet blade.

Boba bore witness to his father’s death and, after the battle had moved beyond the arena, the sorrowful boy took a moment to cradle Jango’s helmet lovingly to his forehead. As tragic as it was iconic, this brief mourning period signified the moment that Boba Fett inherited his father’s signature armor.

To subscribe to the magazine, see Titan’s order forms for U.S. / Canada / rest of world or U.K. / Europe. 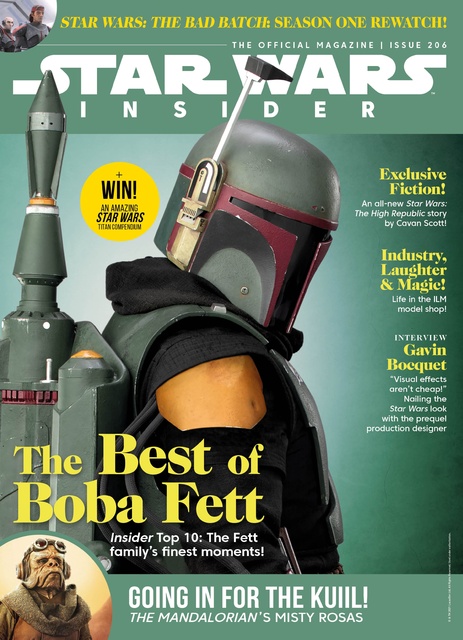 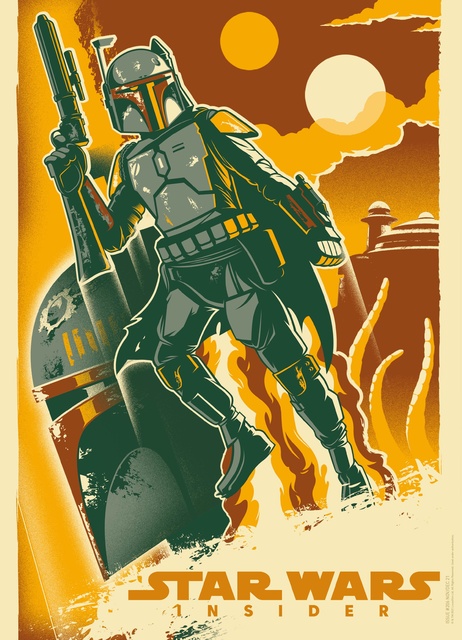 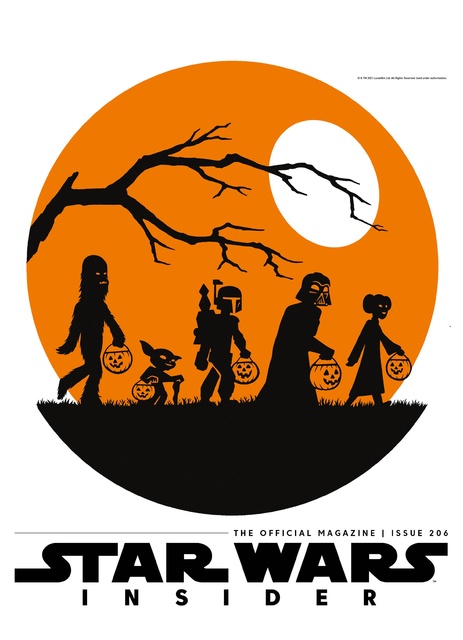 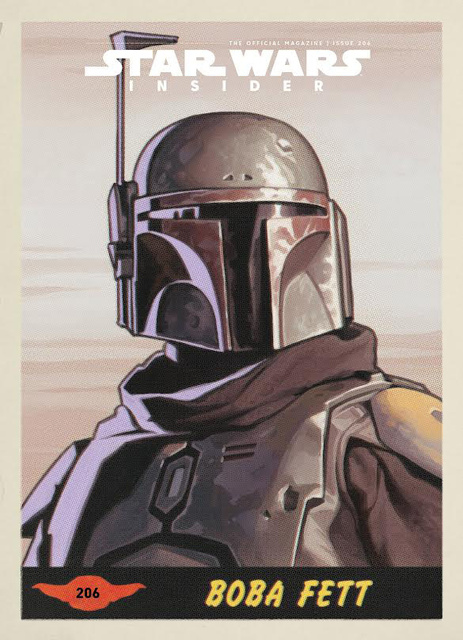