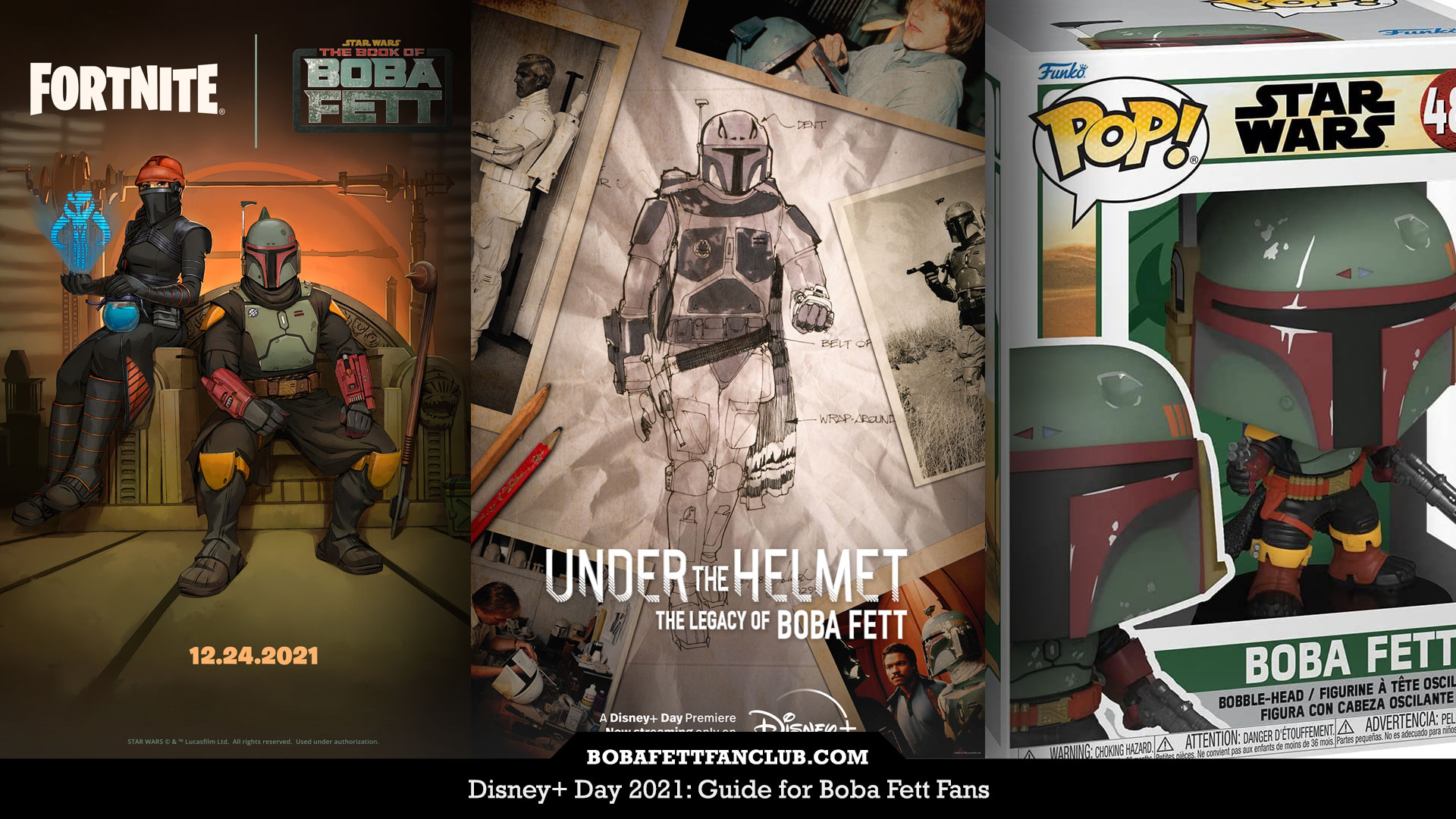 Commemorating the day Disney’s streaming service first booted up, today is Disney+ Day. With “The Book of Boba Fett” just 47 days away from premiering, the parent company of Lucasfilm is turning up the volume of Boba Fett content — and we’re ready for it.

Under The Helmet: The Legacy of Boba Fett

While mostly showing content we’ve seen before, there’s a little bit of new archival behind-the-scenes footage like Glenn Randall Jr. speaking on set and doing several stunts; more parade footage of Duwayne Dunham walking and signing autographs; Slave I bluescreen footage; and Temuera behind the scenes in Season 2 of The Mandalorian.

Spoiler alert: no new “Book” footage. Noticeably absent from the history lesson was Jason Wingreen, who was the original voice of Boba Fett. Several other actors who played Boba Fett also weren’t mentioned.

Under the Helmet: The Legacy of Boba Fett
2021

First spotted as a placeholder on Best Buy’s website, both Amazon and Entertainment Earth have the “The Book of Boba Fett” Boba Fett POP and Keychain up for pre-order now. The new look mirrors his appearance in the trailer for “The Book of Boba Fett,” which is a little different than his re-armored look in Season 2 of “The Mandalorian.”

Also, at 7pm Pacific, Funko tweeted a giveaway opportunity for a chance to win one of the “Nomad” Boba Fett POPs!

The popular video game will have a “The Book of Boba Fett” theme starting December 24th.

While the official Star Wars page on Facebook jumped the gun, posting a “now streaming” pic when the show isn’t yet streaming, it’s nice to see more new artwork featured in this banner.

The company which has official Star Wars and Boba Fett socks announced on Twitter today the following: “Stake your claim to the throne with our upcoming collection celebrating ‘The Book of Boba Fett.’ 10+ designs launching as part of our biggest Black Friday drop EVER on November 25th!” 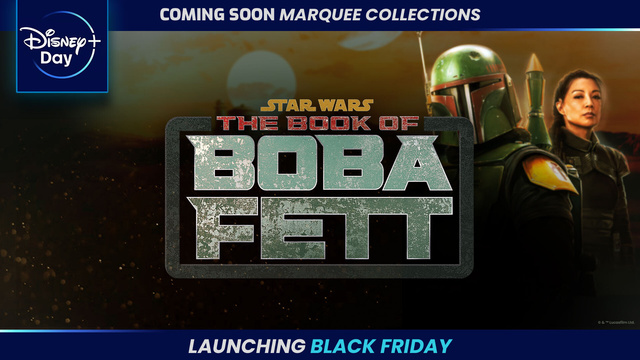 Spotted in Nashville, Tennessee (photographed by Catherine Powell), the “dented” balloon was also was shown in New York City and Los Angeles for the week of Disney+ Day. In fact, today it’s at the Santa Monica Pier in Los Angeles. 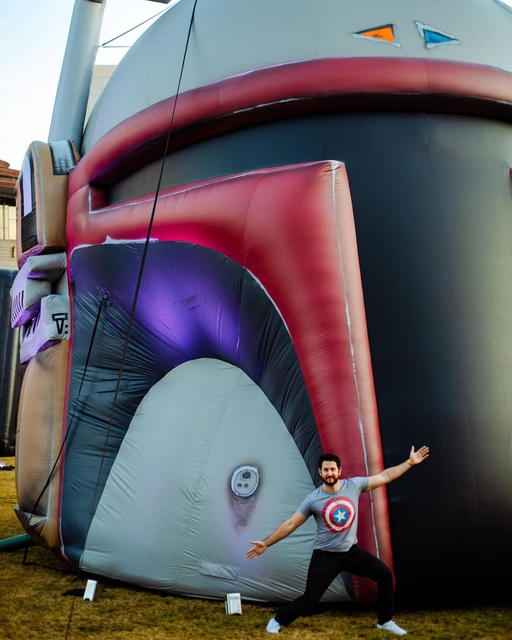 The #DisneyPlusDay #BobaFett balloon is in Santa Monica, California today — although it’s upstaged a little by Maggie Simpson.

Thrilled to have helped #BobaFettFanClub fan the_fett_lover (Instagram) know about the #BobaFett #DisneyPlusDay balloon at the Santa Monica Pier today in Los Angeles!

She got this great photo of it too – with nobody (and no other balloon) in front of it this time.#HelmetNod pic.twitter.com/vtupAddMEx

Another Disney+ Day deal: Sony has Star Wars: Bounty Hunters (PS4 version) for 50% off on their site Other Star Wars games are also on sale, which ends 11/17/2021 at midnight Pacific. Xbox also has a similar sale but no classic Jango Fett game. 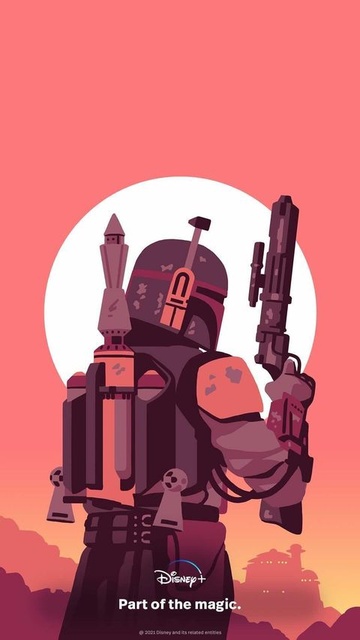 This digital wallpaper was sent to Disney employees in their network, according to BFFC fan Jaycepticon, who shared the image with us.

Tonight in New York City – plus other places like Orlando, Florida and many more – there were surprise Star Wars movie screenings and some fans got complimentary #TheBookOfBobaFett posters!