Released back in October 2009, “Star Wars: 1,000 Collectibles: Memorabilia and Stories from a Galaxy Far, Far Away” is the 568-page paperback coffee table book co-written by Star Wars collector (and head of fan relations at Lucasfilm), Stephen J. Sansweet. Today, it made the cut on the popular blog /Film.

for $23. (While you’re at it, check out other Boba Fett items on Amazon.com

From the publisher, Abrams:

Star Wars: 1,000 Collectibles takes the reader on a journey through cool and kitsch, from toys and costumes to life-size statues made of LEGO bricks to consumer goods such as candy, clothing, toothpaste–and much more. Drawn from the largest private Star Wars collection in the known universe, this stunning treasure trove of memorabilia and colorful anecdotes mixes fun with nostalgia, delighting both the casual fan and the serious collector. Since the first Star Wars film opened in 1977, George Lucas’s epic space fantasy has become not only one of the most successful entertainment franchises of all time, but also an obsession for collectors around the globe, who have spent more than $15 billion on Star Wars merchandise. 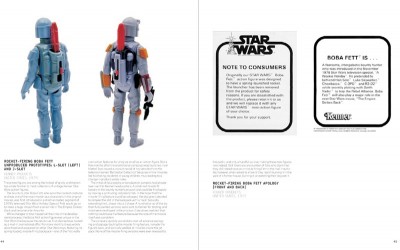 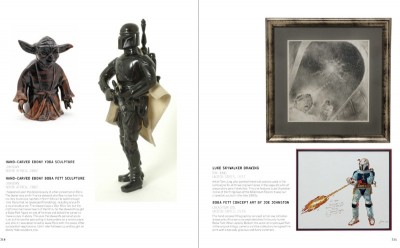 Thanks to /Film for the interior pictures of some Boba Fett memorabilia.