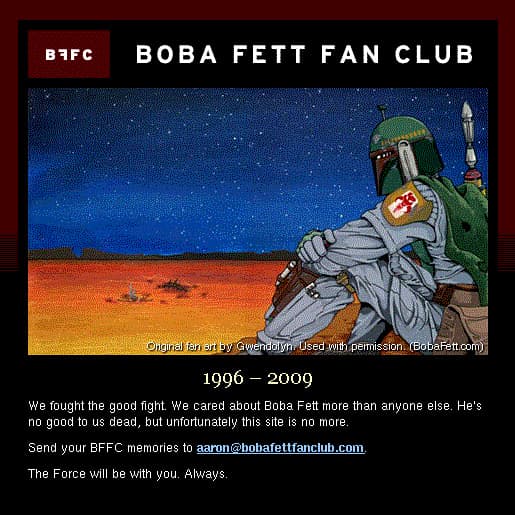 For the last 17 hours, we pranked over 1,000 visitors to BobaFett.com with this farewell page:

We also solicited feedback on the site, Facebook, MySpace and Twitter. Here is a select group of responses: