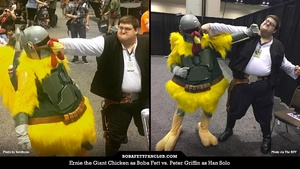 Photos and caption credit info via The RPF

#ThisDayInHistory: Peter on "#FamilyGuy" was willing to risk all of his #StarWars toys except for #BobaFett -- he never risks the Fett man.

Season 3 episode 13 (entitled "Screwed the Pooch") was directed by Pete Michels, written by Dave Collard & Ken Goin, and aired on Fox on November 29, 2001. 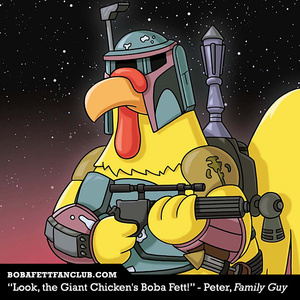 #BobaFett has been referenced in 6 different episodes of #FamilyGuy, making it the most referenced television show to do such a tribute. (#TheSimpsons comes in second with four references.)

See our log of each season/episode number and summary at https://bobafett.com/fettpedia/family-guy/