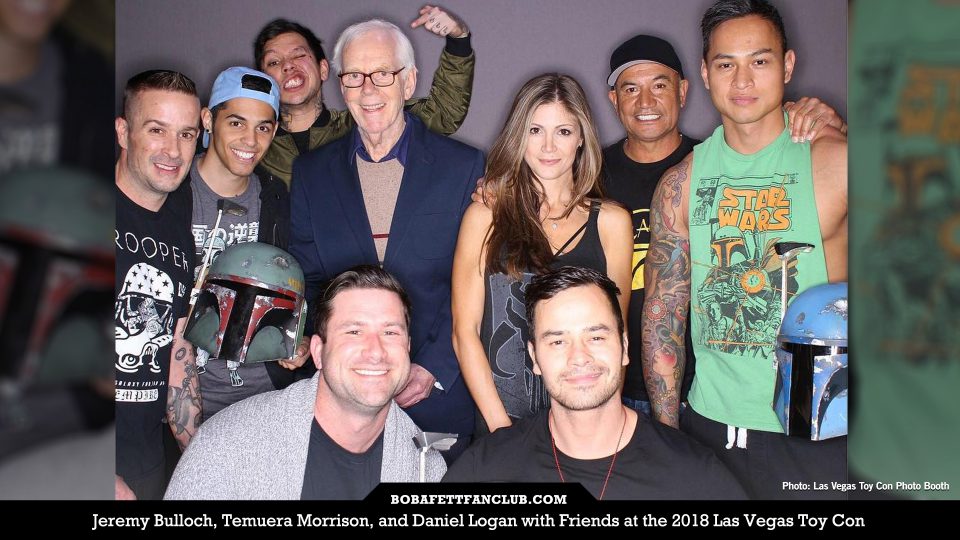 Rarely can you find Jeremy Bulloch, the original Boba Fett actor, crossing paths with the talent behind Young Boba Fett (Daniel Logan) as well as Jango Fett (Temuera Morrison). This year’s Las Vegas Toy Con has done just that — making it a perfect spot for fans to see three Fetts all at once.

Unique to this event, The Dented Helmet fan group gifted Temuera Morrison with his own Jango Fett helmet. The cast for the bucket, in case you’re interested, was done by the craftsman known as Cruzer. Nino (aka Wasted Fett) organized the effort.

For more confirmed tour stops, look no further than our Follow Fett calendar.