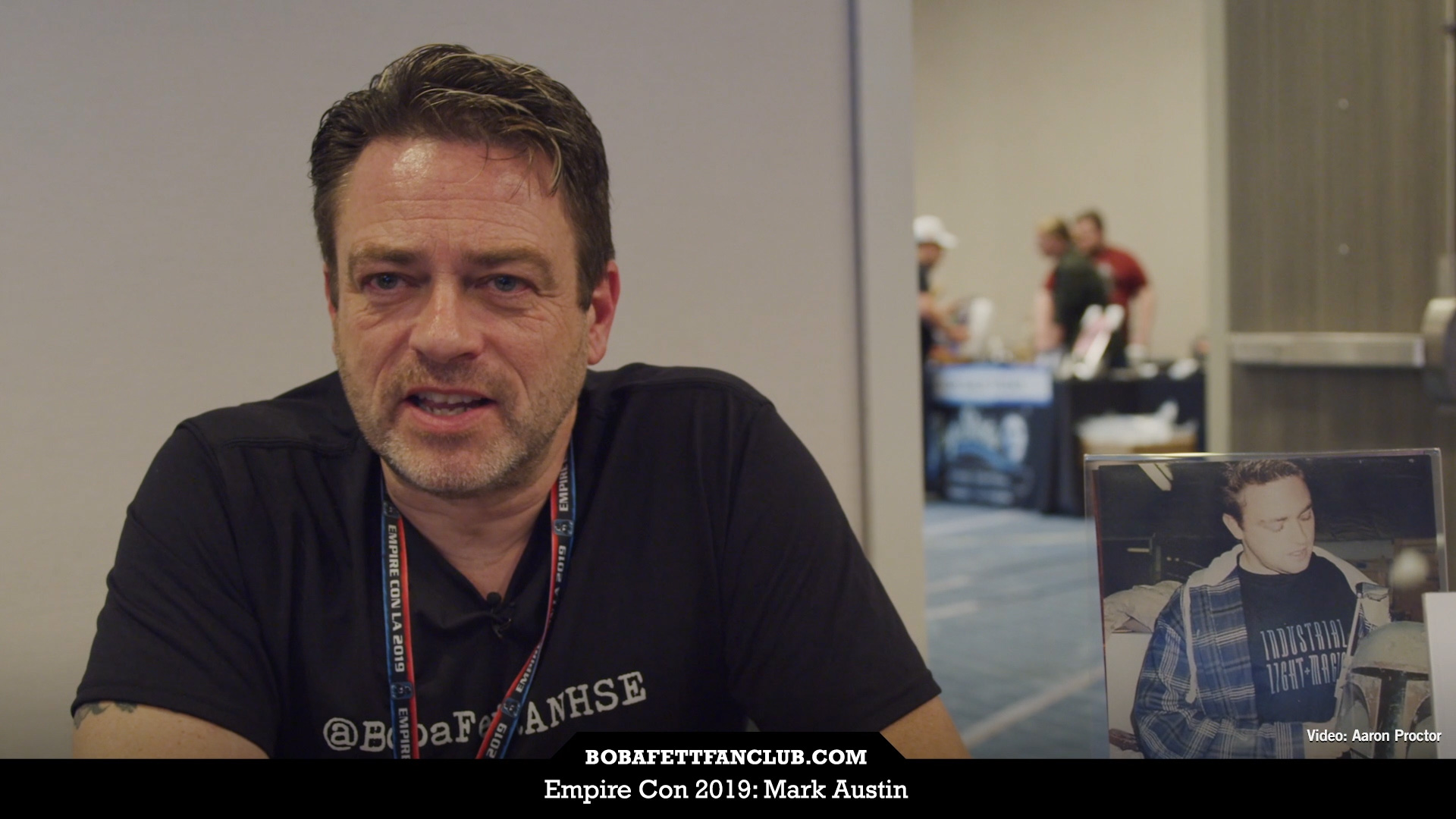 Mark Austin, who played Boba Fett in the first Star Wars: Special Edition (1997), spoke with us at the inaugural Empire Con in Los Angeles today. He shares his “Boba anniversary,” which was yesterday; on that day in 1994, he filmed his shots that were added to the film. Steve “Spaz” Williams directed him.