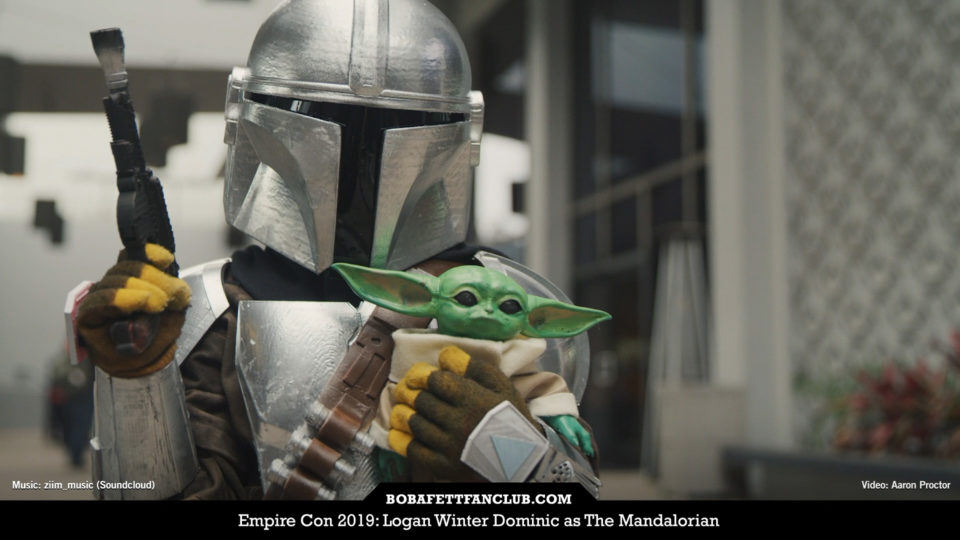 For our 2,092nd Daily Fett post last week, we featured Logan (4 years old) rocking a custom kid-sized armor from “The Mandalorian.” Low and behind, he shows up at Empire Con in Los Angeles on Saturday, so we had to pull out all the stops and film an epic lil’ video with him.

Between a group photo and our video shoot with him, we introduced the little guy to Mark Austin, who played Boba Fett for the additional shots in the first Star Wars: Special Edition (1997).