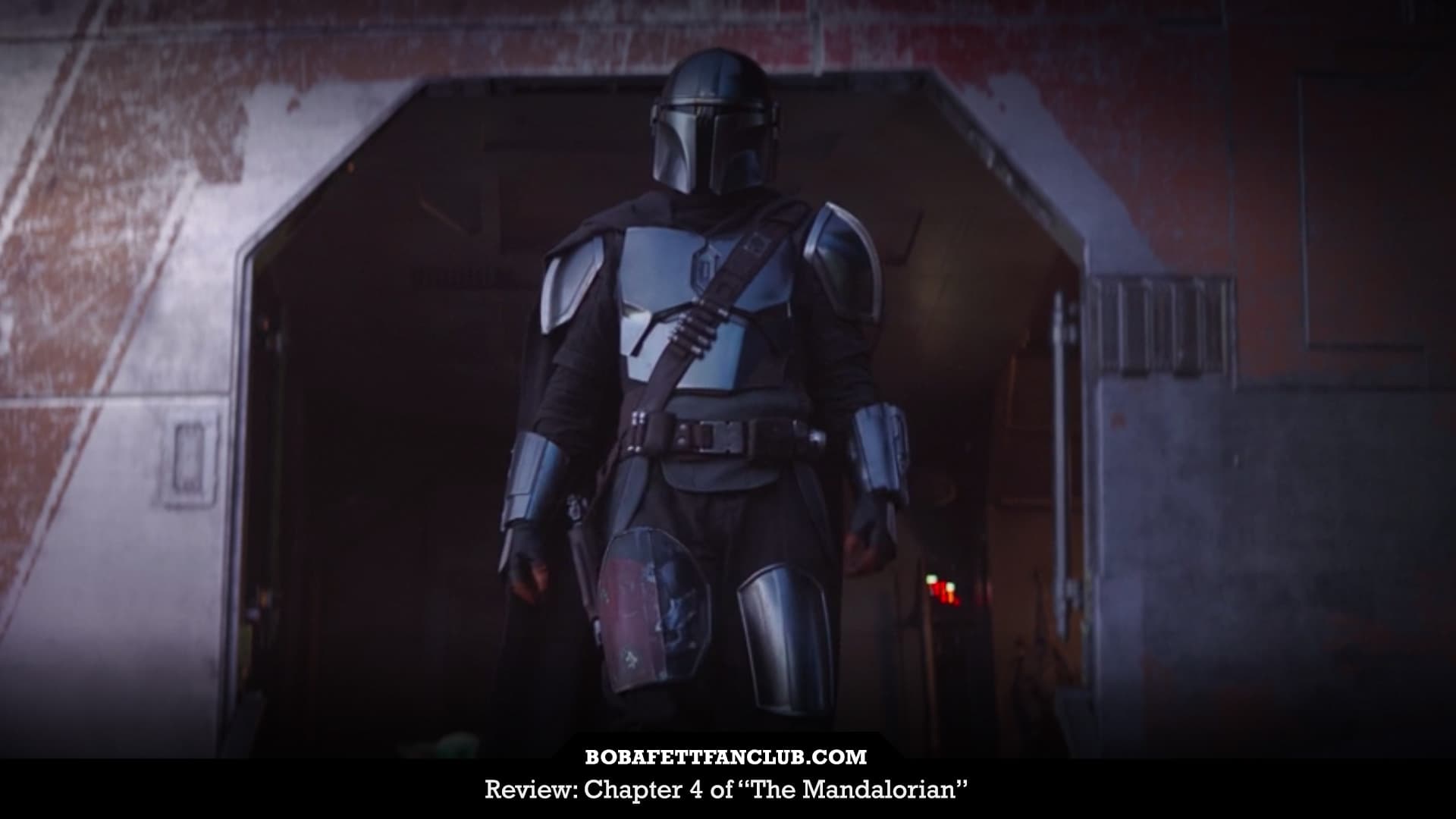 Review: Chapter 4 of "The Mandalorian"

I’ve been really intrigued since the last episode to see what could happen after many bounty hunters were looking for “Baby Yoda.” I wanted to know what The Mandalorian would do with him to keep him safe. Sure enough, in this latest episode called “Sanctuary,” he tries to find a planet that’s safe enough to lay low for a while.

Once the Razor Crest arrives on the planet Sorgan, The Mandalorian decides to take a closer look at the area. He finds a bar nearby and soon sees the presence of someone who could be dangerous — maybe someone who was looking for the child (yeah, “Baby Yoda” is like 50 years old but… he’s tiny).

I’m talking about Cara Dune, the new character played by Gina Carano. The Mandalorian and her have a little showdown, but after “Baby Yoda” watches them brawl, they decide to talk instead. Dune explains that she was a shock trooper during the Galactic Civil War. But she also adds that, if they don’t want more problems, one of them should leave Sorgan — and she arrived first.

While The Mandalorian tinkers with the Razor Crest at night, maybe fixing something to prepare the spaceship to get out of there, two farmers come up to him and tell him that they need help. They explain that there are bandits who are attacking and robbing their farm. I like how, at first, The Mandalorian doesn’t accept their offer. He changes his mind when he hears it is a farm “in the middle of nowhere” — perfect for hiding the child. It also perhaps reminds him of his own childhood where he lost his family. He accepts their payment and gives it to Dune to join him. It was really nice seeing them bond.

When they travel by “wagon” and finally arrived to the farm the next day, there’s a scene that calls my attention. When the main farmer, Omera (played by Julia Jones), is showing off the room where The Mandalorian will stay, Omera’s daughter appears and The Mandalorian suddenly turns, as if he was preparing to shoot, weary of an ambush. This really makes me think that The Mandalorian’s past is going to be have important developments during the rest of the series. Little by little, I think that we will be getting more details about his past to understand better his life and his situation.

There’s also an important scene where Omera asks The Mandalorian about his helmet and how he doesn’t take off his helmet in front of anyone. His helmet hides a tough past while also hiding his face which is perhaps scarred too. (When he does take the helmet off in the episode, his head is off screen.) I think that’s a message the series tries to communicate: how the past has affected The Mandalorian to become into what he has become.

When Cara and The Mandalorian realized that there’s an AT-ST behind the bandit attacks, they conclude that the best option for the villagers, is to leave. The farmers complain and say that they’re not going to leave.

As a result, The Mandalorian and Cara Dune decide to train them so they can be prepared for the next assault. This scene reminds of one of “The Clone Wars” where Anakin, Obi-Wan Kenobi and Ashoka were training some farmers so they could defend theirselves from the pirate Hondo Ohnaka — a very similar situation like the one on The Mandalorian!

Cara Dune explains the plan to take out the AT-ST by digging their “paddy fields” deeper in the hopes the AT-ST can slip and be immobilized. Seeing them working together shows how you can’t always do everything by yourself, but if you have the support of others, you can achieve your goals. What a good message, right?

Something I’m also curious about is how Omera has expertise using a blaster. The episode begins in a really similar way on how The Mandalorian lost his parents, as seen in previous episodes. In both scenes there were battles and both The Mandalorian and Omera were scarred, although in different ways. Maybe Omera has a similar past to him, and who knows if there’s something who will somehow join them in the future… It’s just a thought but, if something is true, I’m so excited to see how she will develop during the series!

Meanwhile, The Mandalorian and Dune go to the bandit’s village and they carefully attack, eventually getting the attention of the AT-ST pilot(s) who pursue them with the “mech” to the farm. But when it was going to fall into the trap, it suddenly stops, as if it knows about their plan to step into the deep water.

When the bandits start attacking the farm, I must say that I was very nervous. I think the scene’s setting was great, because it was all very dark in the middle of the night. Also it was kind of foggy, which made the scene even more sinister. I’ve never been so afraid of an AT-ST, with those red “eyes” (actually just ominous lights in the cockpit) which impose a lot! It reminds me of zombies.

When Dune takes the initiative to destroy the AT-ST, using the Mandalorian pulse rifle, it’s great to see how all of them worked together. I smiled on that moment. The battle is epic. My heart was beating like crazy.

Grateful and happy, Omera wants The Mandalorian and “Baby Yoda” to stay with them. As she tries to lift off his helmet, he says that this isn’t his place. I guess it’s because he has changed his lifestyle because of losing his family, since he’s now a bounty hunter and that’s his profession. He’s a Mandalorian. But he also mentions that it would be a great place for the child. While this moment is happening, I loved seeing the children playing with “Baby Yoda.” It was all so beautiful!

Meanwhile, Cara Dune finds and takes out another bounty hunter that was tracking “Baby Yoda.” Their location isn’t a secret anymore so, unfortunately, the child isn’t safe. It was so emotional to see how the children say goodbye to “Baby Yoda.”

This episode has shown us that we all have to decide what we really want to do, as seen with The Mandalorian who decides Sorgan isn’t the place to lay low. We must decide our own path.

It has been nice to see the first appearance of Cara Dune. I think she is a great character, and she can contribute many more interesting things to the show’s plot.

It’s also beautiful to see The Mandalorian help other people who might need help, as he and Cara Dune did with the farmers. Maybe one day the farmers will help him…

This episode has been great and I have enjoyed it a lot, like the previous ones. I can’t wait to watch the next one! This is the way.