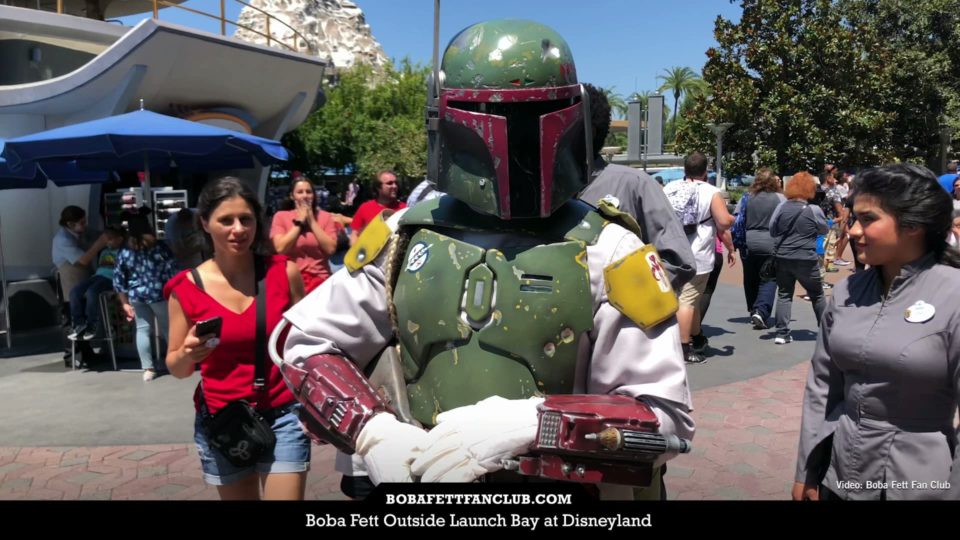 You can now find Boba Fett sometimes outside of Launch Bay at Disneyland in California.

They feature this at Disney World in Florida but have previously kept Boba Fett indoors at Disneyland… until now.

On Friday, August 16th, Boba Fett was scheduled for multiple times like normal for his indoor spot at Launch Bay. But as of the last two weeks, he is also coming or going between Star Tours and Launch Bay just like this: walking, stopping, talking like this, and moving on.

All of the lines are pre-recorded, voiced it seems by Dee Bradley Baker, who has voiced Boba Fett in Star Tours as well as multiple video games.

For more about when and where you can officially see Boba Fett, check out our Follow Fett > Costume & Props section. He’s currently at Walt Disney World Resort in Orlando, Florida and as you can see in our video above at Disneyland Park in Anaheim, California. One of the screen-used costumes is currently at the touring Star Wars Identities exhibit in Tokyo, Japan.

Have you seen Boba Fett walk around at Disneyland or Disney World? Let us know in the comments.