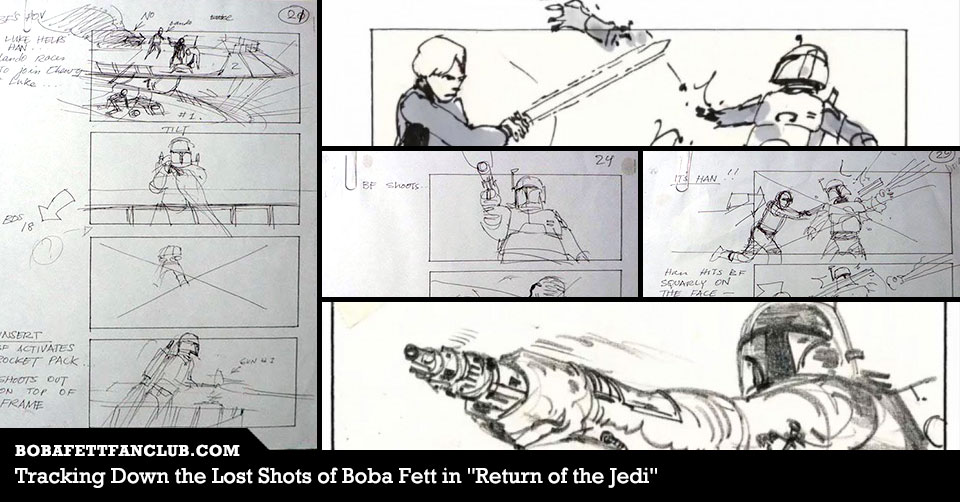 During our interview with Dickey Beer at Star Wars Celebration Anaheim, the Boba Fett stuntman spoke about how long the stunts took to film. He recalled surprise when he saw the film, aware that they filmed more on set than what ended up in the 1983 release.

Thanks to a fan of the Boba Fett Fan Club on Facebook, Quinn Crain, we were reminded of the original storyboards, which also suggested much more was imagined. To our knowledge, these early drafts are hard to find and not all officially published.

Take a look at three photocopies of supposed original storyboards, shared in 2007 by Ross Cuddie (vaccaros) on RebelScum. We re-touched Ross’ photos to have a clearer look at the details. 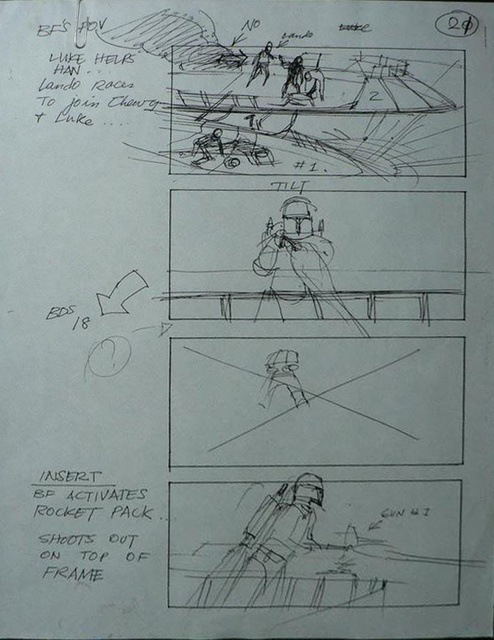 Page 21: These storyboards suggest a shot of Boba Fett’s point-of-view (POV) flying towards the skiff. That would have been quite a fancy shot! He also is shown here using his jetpack to get around after landing the first time. 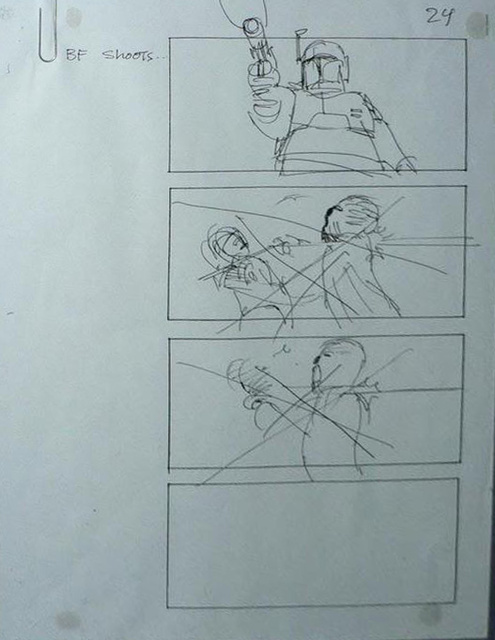 Page 24: These storyboards suggest that Boba Fett shoots and hits or even kills Chewbacca! Definitely a game changer right there. 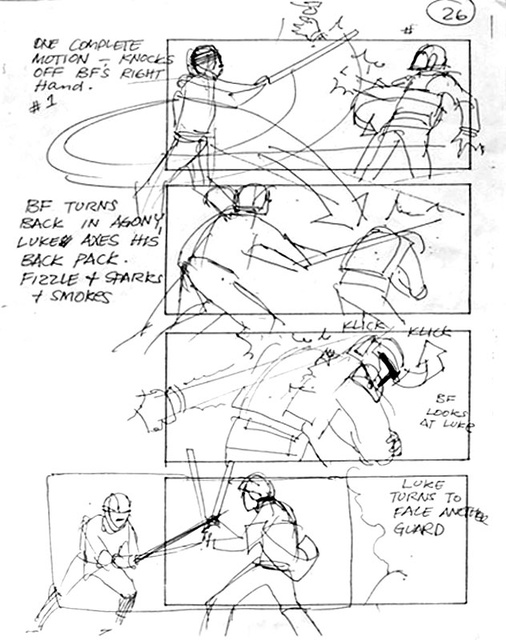 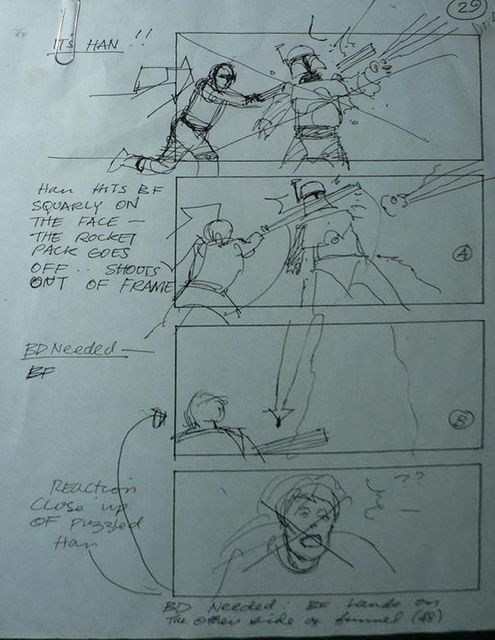 Page 29: These storyboards suggest Han firmly hits Fett in the back, sending him flying. As we know, this almost matches up with what ended up in the final film.

* One of these on page 26 is a spot-on match to a storyboard layout that was recently included in Star Wars Storyboards: The Original Trilogy, curated by J.W. Rinzler and published in 2014. If the photocopy versions above are authentic, then this newer one may have been a later draft or simply re-drawn.

What are your thoughts on all of this?

[Updated 5/25/2015: Thanks to a fan who follows our Facebook page, Tom Warman, here’s another storyboard of Boba Fett from “Return of the Jedi.”] 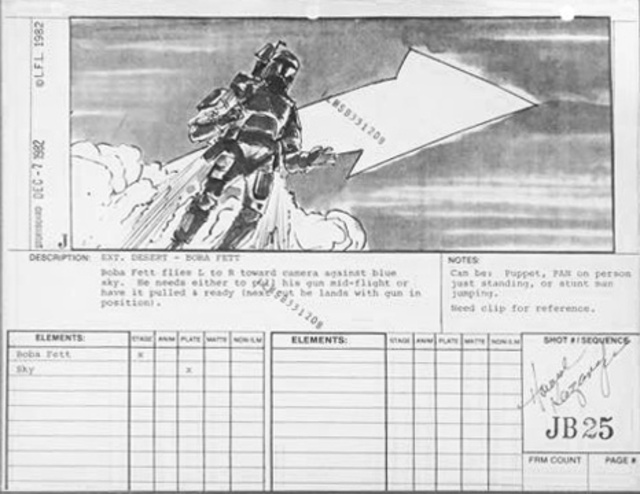 "Return of the Jedi" Storyboard "JB25" 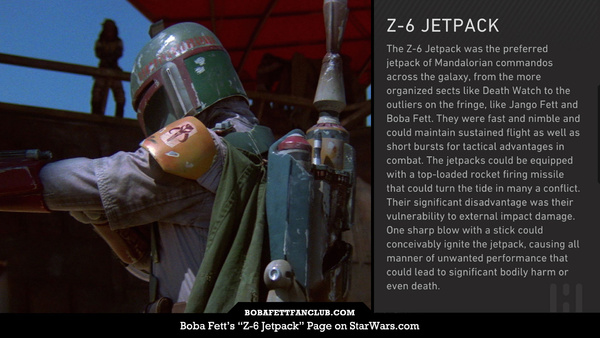