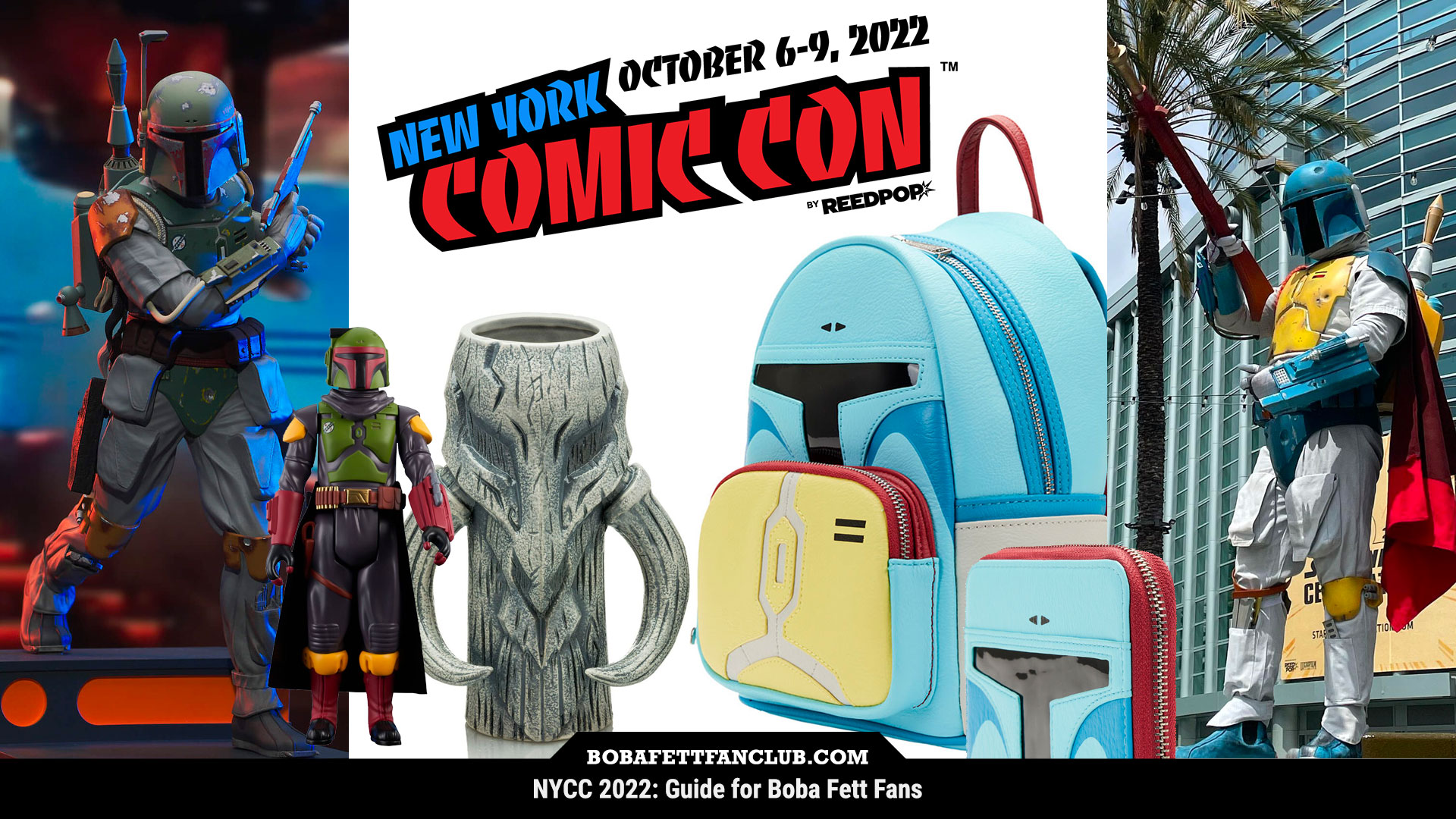 New York Comic Con is back in-person again. Here’s our breakdown of what to expect. (See the official maps if you want one.)

Bonus: BFFC’s Chelsey B. Coombs will be attending as press so stay tuned for our own reporting from the expo.

The bag/accessory company (Booth 1419) — which is owned by Funko (Booths 1529) — has two Boba Fett exclusives: a “Holiday Special” / animated inspired backpack and wallet. Both have been available online too as of 6am Pacific on October 7th.

Originally slated as an SDCC exclusive, their “The Empire Strikes Back” Boba Fett Premier Collection Statue is now considered a shared SDCC/NYCC exclusive, plus it’ll be on display for the first time. They’re at Booth 2945 with parent company Diamond Select Toys.

The Geeki Tikis Mythosaur mug will debut at NYCC, over at the Geeki Tikis / Toynk booth (Booth 3106). But it’s not a convention exclusive so it can be found on Toynk.

“Although long extinct, this traditional symbol of Mandalorian iconography can now be admired as the Galaxy’s coolest drinking vessel. And to be quite honest, doesn’t your favorite beverage just taste better out of the skull of a Mythosaur? This 18oz. MEGA Mug measures approximately 8 inches high x 6.25 inches wide and is made from heavyweight stoneware. It features a beautiful grey glaze with a darker wash which accentuates the details of the skull.”

Hasbro’s Star Wars team invited BFFC to be a part of a virtual interview roundtable on October 6th from 8:00-11:30am Eastern. Check it out for a Fett-worthy mention or two.

fantasticfett (Instagram) will be cosplaying as “Holiday Special” Boba Fett on Saturday.

Booths that may have Fett items on display. See the official list of exhibitors, too.