Head’s up: Saturday is Star Wars night for the Bradenton Marauders (Pittsburgh Pirates), who will wear this Boba Fett-inspired jersey for their Minor league baseball game at their Florida-based stadium, McKechnie Field. They’re playing the Clearwater Threshers (Philadelphia Phillies).

“The jerseys will be auctioned off in a silent auction held during the game to benefit the Center for Building Hope. Auction winners will be invited onto the field after the game to receive their jersey and have it autographed by the player or coach wearing it.

Beloved characters such as R2D2, Boba Fett, and more will be in attendance. The Marauders also encourage their fans to dress up as their favorite Star Wars characters. A costume contest will be held in the sixth inning to determine the best dressed.”

For more, visit their MILB.com article. 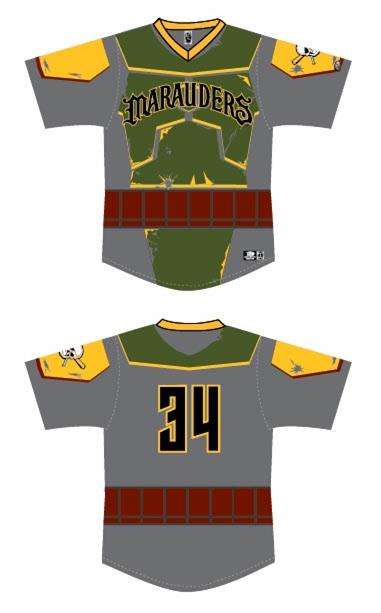